Our last survey of the year (we'll start it back up after the New Years' break) seemed like a good time to ask about party switching. We went to the insiders for their views on how politicians ought to handle a switch and whether they think anyone else will follow state Reps. Aaron Peña of Edinburg and Allan Ritter of Nederland, who left the Democratic Party for the Republican Party last week.

Almost half think the switching is over, and only one in five think more lawmakers will change parties. After the elections took out most of the Democrats in swing seats, those who are left would risk — as Peña is risking — going home as Republicans to districts that have always supported Democrats. 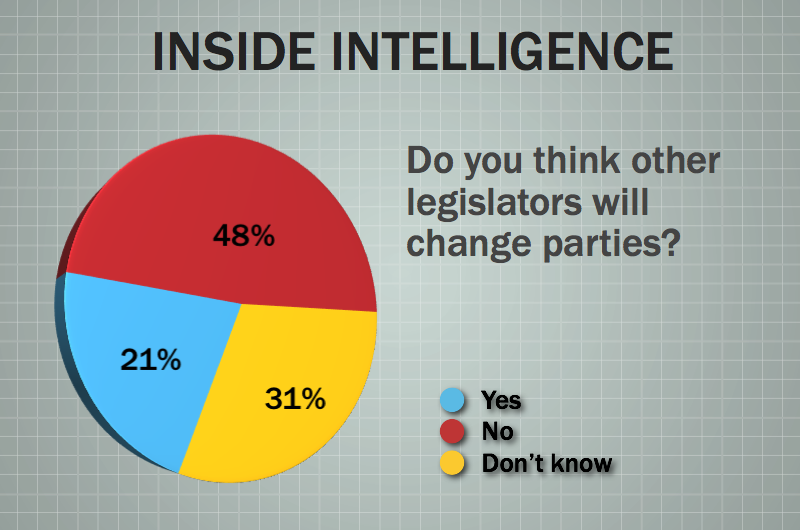 Phil Gramm made quite an impression when he changed parties in 1983. He switched, quit and won the special election to replace himself, walking away with voter approval of the change and getting enough attention in the process to win a U.S. Senate seat a year later. Asked how flippers should manage their flips, 45 percent of the insiders recommended the resign-and-run strategy. Forty percent said flippers should offer to refund money to donors who, after all, might have been giving for partisan reasons. And 37.5 percent (more than one answer was allowed) said the flippers should serve out their terms.

Finally, we asked the insiders which Republicans are likely to break from the pack and vote with the Democrats in the next session. We'll leave it to them to do the talking. The full set of answers is attached, but here's a sampling: 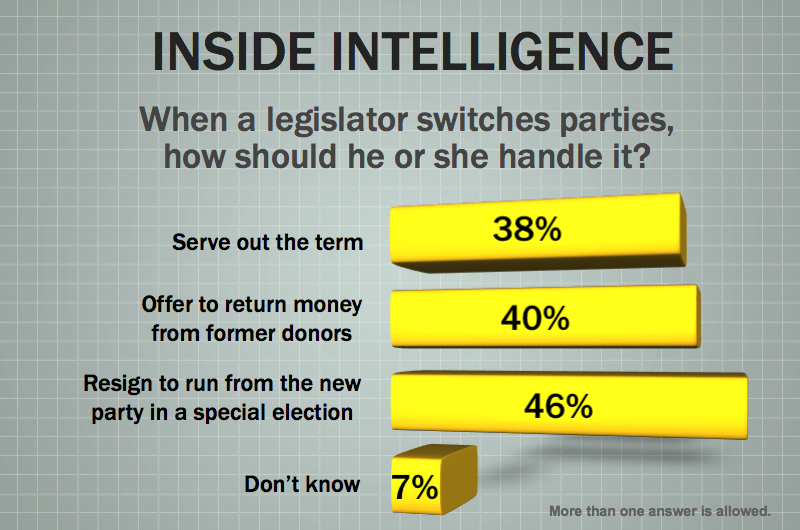 • "What would the incentive be for that? Instead, we'll see how hard it is to manage a supermajority, especially when 40% of them are paranoid as a matter of political philosophy. Voting w/Ds won't the issue, it will be voting against each other."

• "That depends on the issue. I do not expect there to be any Republicans voting with Democrats on redistricting."

• "I believe that there are around 35 who are capable of doing it depending on the issue. When the tent gets that big, ideological purity is the first casualty."

• "None — no reason to unless they have decided to retire"

• "Those capable of independent, rational thought."

• "In this politically polarized climate, why should any vote against the herd?"

• "Almost all Republicans will break from either or both the party majority or the party leadership from time to time as the interests of their districts and other constituents demand. Having a large Republican majority actually makes this easier since there will be fewer votes requiring party discipline to pass a measure."

• "There will not be 100 Republican votes on the budget or redistricting."

• "On the budget, different Republicans will hit their own personal 'choke point' at different levels of cuts, and so votes on budget amendments will be all over the map. And on redistricting, for any given plan, from 20 to 30 will vote no. Basically 100 is just a number and it is a mistake to assume that they will all cast a single, consistent block vote on every issue."

• "Any who had a propensity to break away before, if any remain. I don't see a lot of discipline opportunities on that side of the aisle; too many sides over there."

• "Shame on anybody that names someone. Why put a target on somebody's back who hasn't done anything (yet)?"