Democratic gubernatorial candidate Bill White today is touting endorsements from more than 20 county sheriffs, many of whom patrol regions along the Texas-Mexico border. So too is his rival, incumbent Republic Gov. Rick Perry.

After the Sheriffs' Association of Texas conference in Fort Worth, both campaigns sent out media releases. White's stated that the sheriffs endorsing him represent roughly 50 percent of Texans — including 99 percent of those living directly on the border. Perry touted his support from several Democratic sheriffs.

In fact, most of these sheriffs — though not all — acted similarly as their constituents voted during the 2008 presidential election.

Here's a map of the counties in which sheriffs endorsed White or Perry: 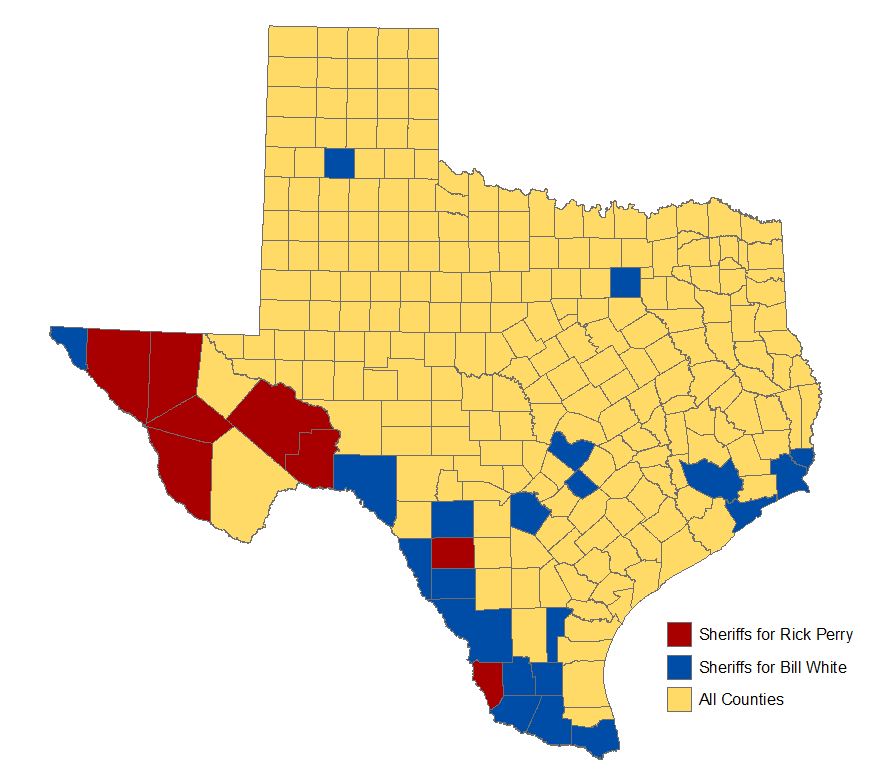 And here's a map of 2008 presidential election results: 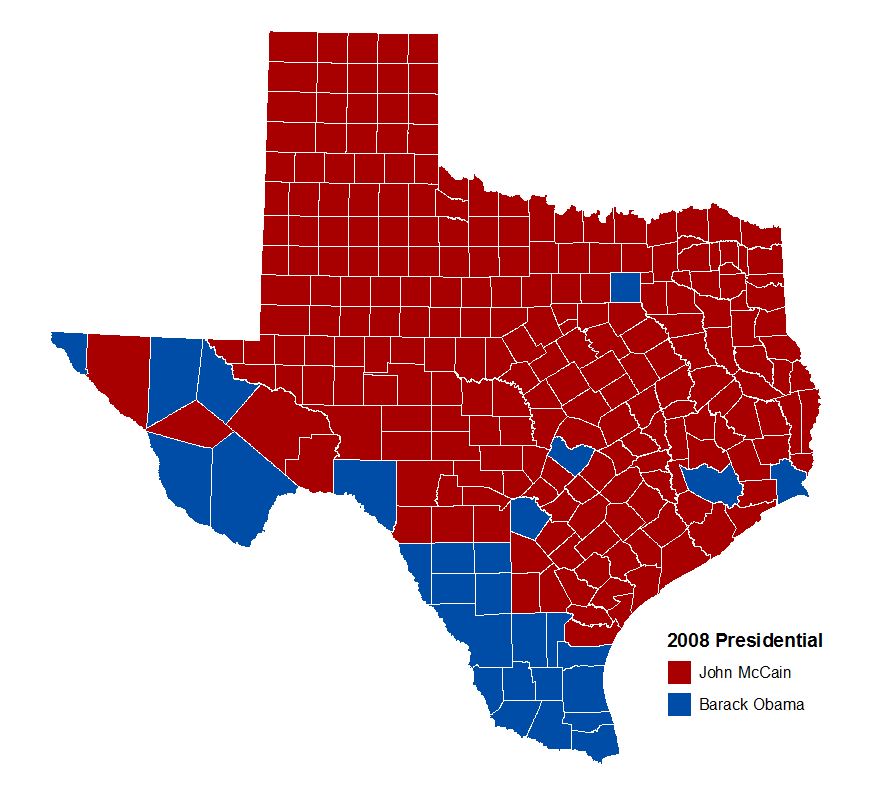 So, what does this mean? Perhaps that sheriffs aren't just law and order — but politicians, too.

* Both Perry and White claim endorsements in Zapata and Zavala. We're trying to sort it out.

UPDATE (4:10 p.m.): The Perry campaign sent us signed endorsement cards from the Zapata and Zavala sheriffs. We haven't heard back from the White campaign.