The troubled Division of Workers’ Compensation at the Texas Department of Insurance will face a legislative test next Tuesday, as 10 state lawmakers and two citizen members on the Sunset Advisory Commission will vote on recommended changes to revamp the division’s process of investigating fraud and abuse among doctors who treat injured workers.

The vote comes amid questions over the effectiveness of the Sunset Commission's review of the embattled agency. The review failed to reveal bureaucratic and personnel disarray in the division’s Office of the Medical Advisor that led half a dozen division employees to leave — or get pushed out — within the past few months. The commission's interim director, Ken Levine, concedes that Sunset staffers failed to kick over enough rocks to find severe problems in the division that were first reported in the Tribune. Sunset staffers are tasked with conducting scheduled reviews of state agencies and making recommendations to streamline and improve their functions.

In hindsight, Levine said, his staffers should have spoken to employees below the upper management level. They spent most of their time questioning Dr. Howard Smith, the division's former medical advisor, he said. "At the time, we thought we were getting appropriate answers from Dr. Smith," Levine said.

Sunset reviewers would have gotten an earful from Dr. Ken Ford, the former assistant medical advisor, and former enforcement attorney Cathy Lockhart, both of whom went public in the Tribune in May. Ford and Lockhart, along with other employees and contractors, said the division's leadership was stalling nearly 70 cases of unscrupulous doctors at their enforcement level, and that Workers Compensation Commissioner Rod Bordelon may have yielded to pressure from a legislator in his January dismissal of at least one of nine cases against doctors that division investigators sent to enforcement. Bordelon has maintained he closed the cases because they were inappropriately “targeted” reviews that weren’t selected through the established protocol, a claim that remains in dispute. 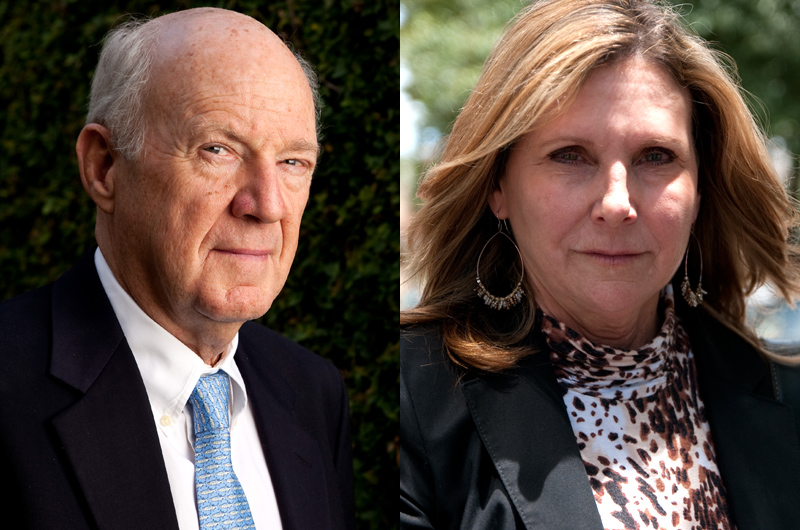 Though Sunset reviewers never spoke to key employees who could have pointed them to problems, neither did the employees seek out commission staff, Levine pointed out.

“I wondered why the physicians weren’t speaking up, and they weren’t. Dr. Ford came and asked for a meeting after the Tribune report already came out,” Levine said.

In its recommendations to lawmakers, Sunset staff calls for stripping the division’s physician medical advisor of his oversight in the medical quality review process, in which two panels of independent physicians review potential cases of fraud or abuse by workers' comp doctors. Sunset recommends handing over management of the reviews to division staff. Further, the report recommends phasing out the Quality Assurance Panel, a committee of doctors who serve as a legislatively mandated second layer of medical review. In the Sunset staff report, the panel is considered a waste of time and money. “Quality Assurance Panel meetings do not provide any added value,” the report reads. The staff estimates about $20,000 could be saved annually by dissolving the panel.

Physician investigators in the worker's comp division say Sunset staff did not dig far enough into the division’s failure to enforce sanctions on dozens of physicians practicing bad medicine on injured workers.

“This was capricious, horrible,” said Dr. Marty Barrash, a Houston neurosurgeon who has sat on the panel since its inception. Sunset staffers, he said, "are a disgrace, and they have no idea how they denigrated my qualifications without talking to me or knowing anything about me. They talked to zero people on the committee.”

Levine concedes his staff members never personally questioned the doctors contracted to serve on the panel before recommending the phase-out. They attended one panel meeting and, according to Levine, “made themselves available.” But they instead ended up discussing the Quality Assurance Panel with then-Medical Advisor Smith and division administrators. “We didn’t have any particular questions for individual doctors on there. We were dealing with the medical part of the process with Dr. Smith,” Levine said. Smith couldn’t be reached for comment.

“Where you get your information can certainly skew your opinion,” said Dr. Casey Cochran, an Austin physician on the panel. “They did not get all the facts, they did not have all the information they needed to make a legitimate recommendation.”

Contract doctors aren’t the only ones raising concerns about the recommendations. Industry groups weighed in with letters to Sunset board members in May and to Levine in June. Representatives from the Texas Association of Business, Property Casualty Insurers and Texas Association of Manufacturers all signed a letter asking for the removal of the recommendation requiring division staff rather than the medical advisor to oversee medical quality reviews.

“This recommendation weakens the position of the Medical Advisor and puts the medical quality review process in the hands of non-medical personnel who are not qualified to determine whether or not the doctor is providing harmful care,” reads the letter.

On the recommendation to phase out the Quality Assurance Panel, industry groups write, “We are seriously concerned that this recommendation removes another layer of peer review by doctors, and an important layer of due process established to protect doctors.”

Levine said his staff’s recommendations have been taken out of context — he said scuttling the Quality Assurance Panel doesn’t mean a second level of review will go away. Instead, he said, the staff suggests that the division could take a cue from the Texas Medical Board, in which an individual physician reviewer, contracted to work case by case, could replace the panel.

While Levine said he stands by the report, Sunset Commission Chairman state Sen. Glenn Hegar, R-Katy, said it appears most staff recommendations will be adopted. Sunset member state Rep. Rafael Anchia, D-Dallas, said he expects the commission to modify or scrap some of the more controversial elements before taking a vote. “I’ve heard concerns from many members on the recommendations, and there’s a genuine collaborative sense to make improvements to the report,” Anchia said. “Modifications can be submitted and voted on, and I suspect that’s what will happen.”

Efforts to revamp the division likely will continue beyond Sunset’s final vote. Finalized Sunset recommendations will get drafted into a bill, but lawmakers can amend it as it winds through committees and onto House and Senate floors.

Meanwhile, more hearings are planned for later this summer. The chairman of the House Business and Industry Committee, state Rep. Joe Deshotel, D-Beaumont, said he’s awaiting a State Auditor’s office report on the Division before he calls hearings to further probe the enforcement issues.

“I don’t think the scrutiny of the agency ends with Sunset," Anchia said. "I think people will be very interested in workers’ comp into the 2011 session."