Republicans David Sibley and Brian Birdwell will meet in a runoff — date to be set by Gov. Rick Perry — for the open state Senate seat in Central Texas.

Sibley led in the special election voting with 45 percent of the vote, followed by Birdwell, with 36.5 percent, Democrat Gayle Avant, with 13.3 percent, and Republican Darren Yancy, with 5.2 percent.

The winner will serve the rest of Kip Averitt's term. The Waco Republican won the March primary and then resigned his seat, meaning he's no longer a state senator even though he remains the Republican nominee for the position. If he withdraws his name before the primary, the GOP chairs from each of the ten counties in the district will choose a new nominee. 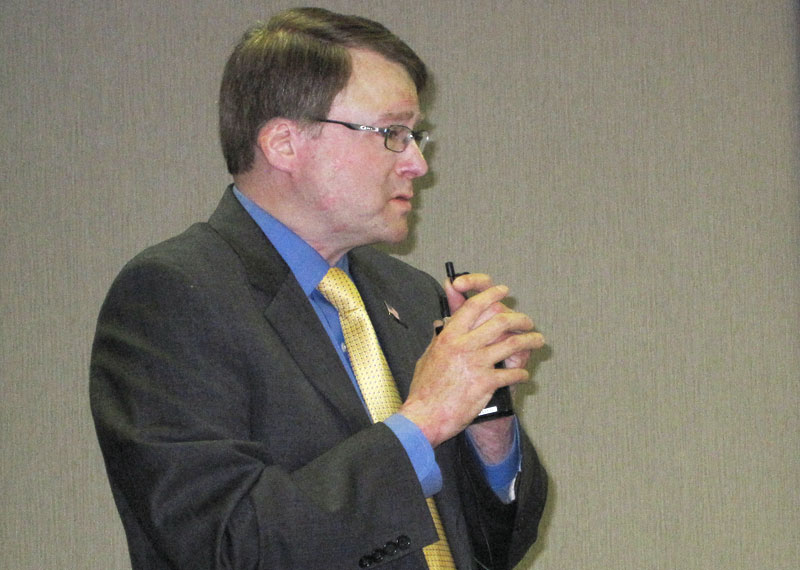 The election pitted Sibley, a former Waco mayor and state senator who's been lobbying in Austin for the last decade, against Birdwell, a survivor of the 9/11 attack on the Pentagon who is now a conservative Christian motivational speaker living in Granbury. Avant will retire after the end of the current school year after a career as a political science professor at Baylor. And Yancy, a salesman who lives in Burleson, has now lost two shots at the seat. He was on the ballot against Averitt in the March primary, coming up far behind even though Averitt didn't campaign.

Sibley won in all but three of the district's ten counties, but two of those — Hood and Johnson — turned out relatively big votes. The former senator got walloped in Hood, where Birdwell got 3,625 votes to Sibley's 819 (in percentages, that's 68 to 15, in Birdwell's favor, with the rest of the votes going to the other two candidates).

The runoff will be a turnout game, with McLennan, Hood, Ellis, and Johnson counties — where most of the votes are — playing the key.

But the most important play might be in the vote of the ten county chairs. They'll be encouraged by the winner of this runoff election to cast their votes with the voters of the district. But they could also each be urged to support the candidate who won in their respective county. That could be a different result. And they're not legally bound to follow any political compasses but their own.

“I am thrilled with the outcome of today’s election. Today, the voters sent a strong message that this seat does not belong to lobbyist David Sibley and the special interests, it belongs to the people. Despite being outspent more than 4 to 1, and starting this race only eight weeks ago, we closed the gap with each passing day. Next month, voters have a clear choice between a lobbyist and a conservative citizen legislator. With the continued support of grassroots citizens, we intend to claim this seat for the people.”

“This was truly a team effort, and I want to thank the voters giving me the opportunity to continue my campaign to serve the people of Senate District 22. To my other two opponents, I congratulate you on hard fought campaigns. I look forward to working with you in the future.

“During this election, I have focused on my life-long experience of fighting for our conservative values, and my desire to continue that fight.

“As your state senator, I was proud to work with Gov. George W. Bush to pass major conservative reforms including the first-ever appraisal cap in Texas. As your next state senator, I will continue my efforts to curb skyrocketing appraisals and lower homeowner property taxes. I also will fight to reduce government spending, increase border security, protect our state’s rights against the overreaching federal government, fight Obama care, protect private property rights and defend our conservative family values.

“In the coming weeks, I will continue to travel the district to meet and listen to citizens’ concerns. I also will be reaching out to ask for the support of those who didn’t vote for me this time, and demonstrate to them that I am the best candidate to represent our conservative values in the Texas Senate.”