Texans have plenty at stake from an accurate and complete count by the U.S. Census Bureau, especially with the prospect of an extra four seats in  Congress. If only more of us would go to the mailbox.

With national Census Day coming this week, Texas ranks near the bottom in the rate at which states' residents are returning the questionnaire mailed to 134 million homes two weeks ago. As of Friday, we rank several percentage points below the national rate — ahead of only Alabama, New York, Alaska, Georgia and Florida, according to data downloaded from the bureau's website on Friday.

The "mail participation rate," as it's known, is significant for census officials, who sent reminder postcards last week. The more people who respond by mail, the fewer workers the government must hire to walk door to door, gathering the basic information about residents' age, gender and ethnicity. In fact, if 100 percent of Americans mailed in the form, the bureau estimates it could save $1.5 billion.

So far, though, only about a quarter of Texans have returned their forms, which began arriving two weeks ago.

"The future of our political representation is relying on the census returns," said state Rep. Carol Alvarado, D-Houston, a member of the House Redistricting Committee, which will use census data next year to draw new boundaries for state and federal districts. "We ought to be doing a better job of getting those returns in."

Census officials, who say this year was the first time they've made real-time data available online, expect the rates to stabilize nationally as mail gets delivered. Jenna Steormann Arnold, a spokeswoman with the bureau's Dallas regional office, said Texas' rate could be lagging from a backlog at a mail processing center, though she acknowledged that the state has many hard-to-count areas. "We're still really happy with the numbers," she said.

These thematic maps visualize the county-by-county return rate in both Texas and the continental United States, using data downloaded from the bureau's website on Friday.

First, the rates in Texas: 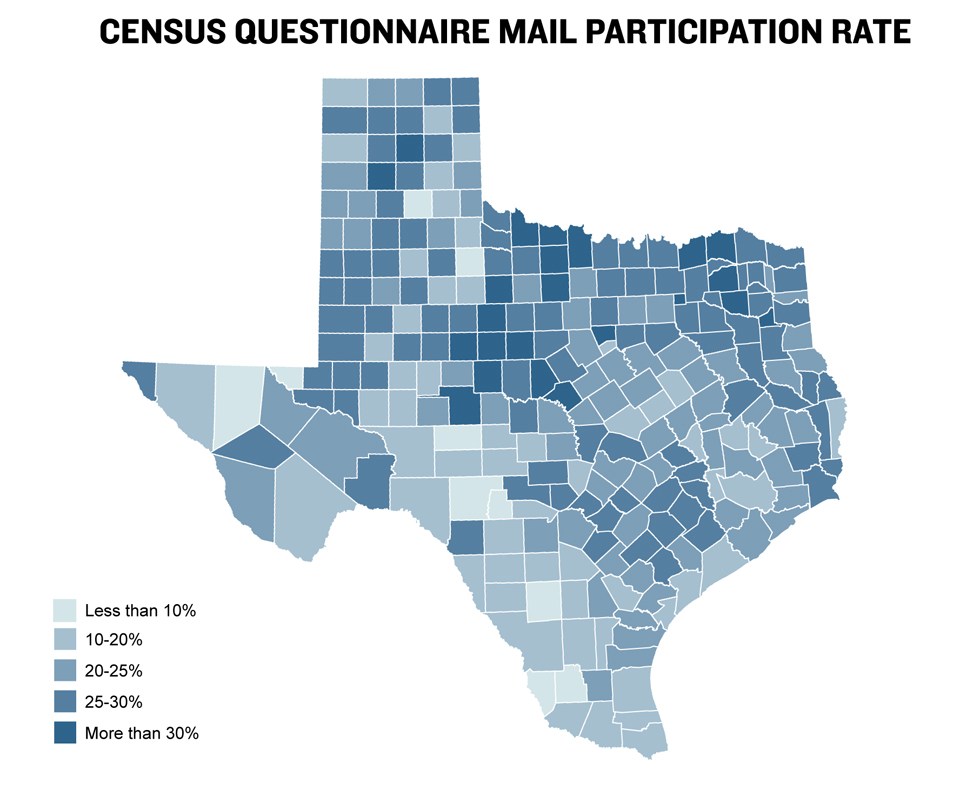 And the view nationally: 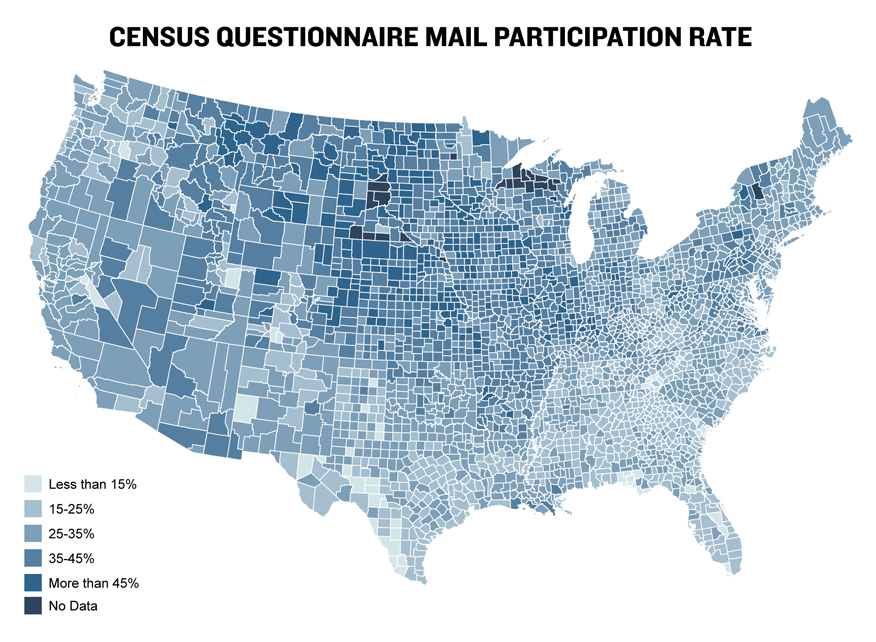