Loving County has sure gotten its money's worth in federal homeland security grants.

The remote West Texas county spent $48,000 from 2003 to 2008 on radio equipment, government records show, but that amounts to more than $1,100 for each of its 42 residents — a per-capita ratio much higher than any other local government in the state. Compare that with Harris County, for example, which received less than $6 for each resident.

The purchases came from more than $298 million in grants given to local governments during that time, according to data compiled by the Center for Investigative Reporting and the Center for Public Integrity and analyzed by the Tribune. The records are now searchable in a data application, which displays the spending totals, population and per-capita ratios for nearly 700 cities and counties across the state. Users can also search the individual purchases made by each locality.

The disparity between local government population and homeland security spending is also visible in statewide maps using graduated symbols. In the map below, the bubbles represent the amount cities received in grant funding. As one might expect, the state's most-populous cities received the most federal funding: 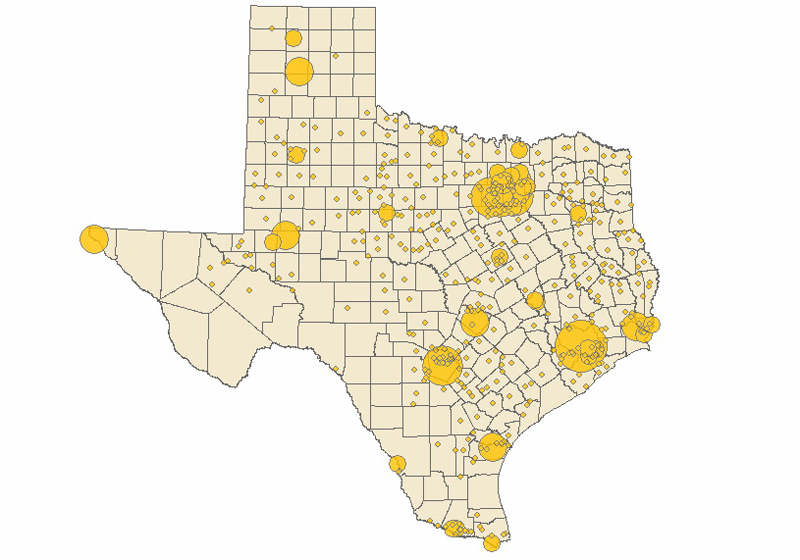 But when viewed with population as a factor, it's clear that many cities and towns in rural areas received disproportionate funding: 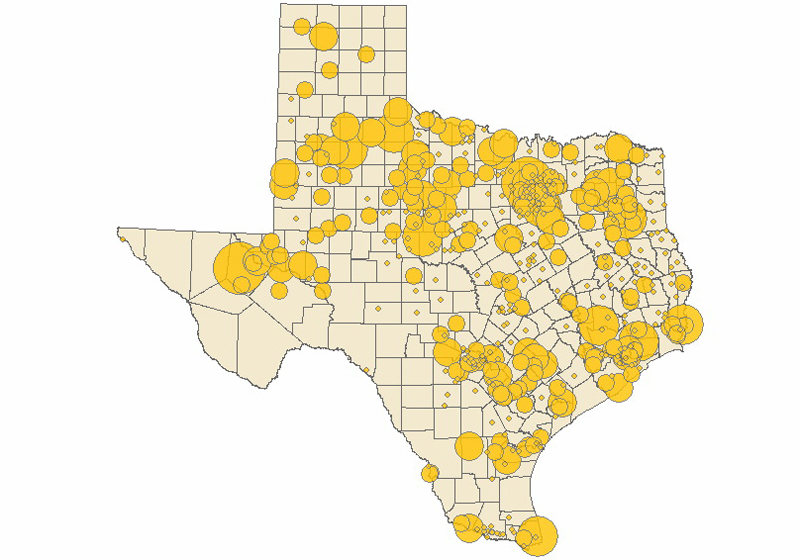 The disparity is also clear when the two maps are viewed together. The darker color represents raw spending totals, and the lighter color reflects per-capita amount: 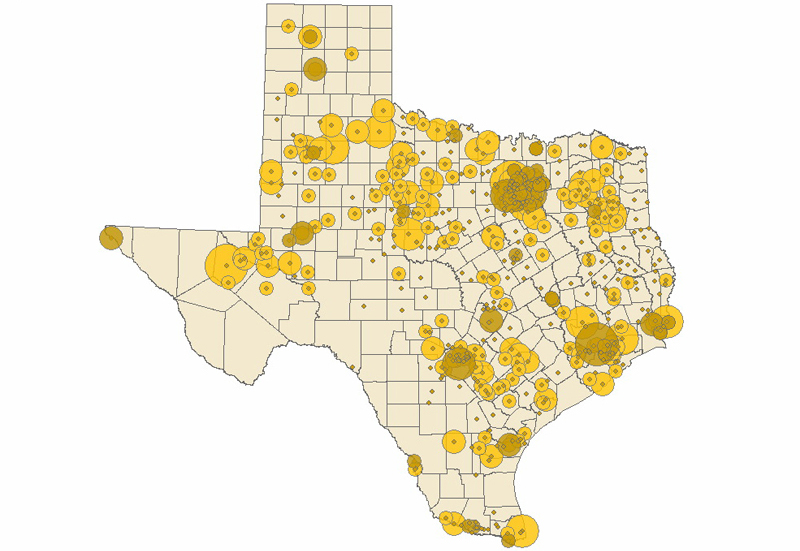