On a seasonally adjusted basis, the rate in January was 8.2 percent — the same rate recorded in December.

The highest unemployment numbers are in South Texas and Rio Grande Valley. McAllen-Edinburg-Mission's rate was the highest, at 12.2 percent, followed by Brownsville-Harlingen, at 11.6 percent, and Beaumont-Port Arthur, at 11.0 percent. The lowest rate in January was 6.0 percent, in Amarillo. Lubbock and Midland were next, both at 6.2 percent. 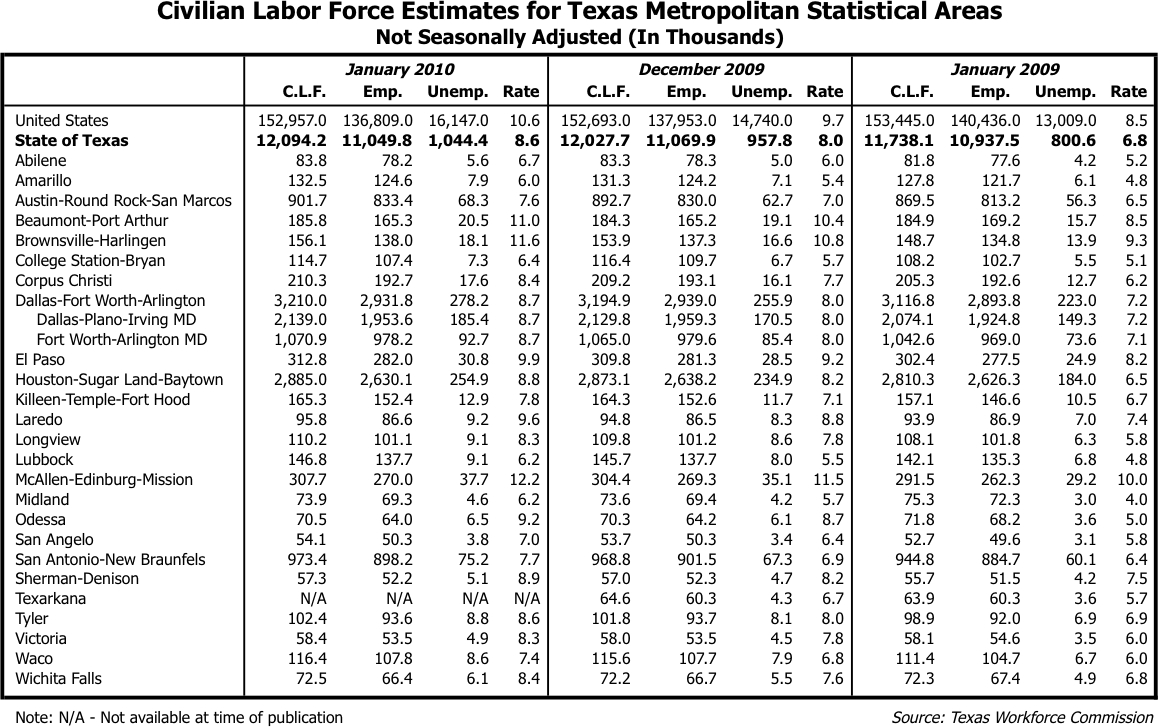