Texans are worried about the economy and the direction of the country but generally think their own state, while it has its troubles, is in better shape economically and politically than the rest of the country, according to the new University of Texas/Texas Tribune poll.

The economy and related topics — unemployment/jobs and federal spending/national debt — are the top items on the list of Texans' concerns about the country, dominating all other issues in the survey. For 30 percent of those queried, the economy is the most important problem facing the U.S., followed by unemployment/jobs at 18 percent and federal spending/national debt at 16 percent. Health care is next, at 10 percent, followed by political corruption/leadership at 9 percent. Nothing else was above 5 percent.

Their take on the most important problems facing the state is different. Unemployment/jobs leads their list of state issues at 19 percent, followed by immigration at 16 percent and the economy and border security each at 14 percent. No other issues break into double digits.

The Texas/Washington split is apparent in approval numbers and in what people think of the direction of the country. More than half of Texans — 56  percent — think the country is on the wrong track, while 31 percent think things are going in the right direction. It's rosier in Texas, where more think the state is headed in the right direction (43 percent) as opposed to the wrong track (37 percent).

The respondents' Texas pride is showing: Most think their state government is doing a good job, with 57 percent saying it "serves as a good model for other states to follow" and 31 percent disagreeing.

Couple those views with these:

• 41 percent approve "strongly" or "somewhat" of the job Barack Obama is doing as president, while 50 percent say they disapprove (and 40 percent disapprove strongly).

• 38 percent approve of the job Gov. Rick Perry is doing, versus 40 percent who disapprove.

Most of the people we polled tend to rank themselves as moderate to conservative in their political views and tend, not surprisingly, to favor the candidate whose politics most closely match their own. 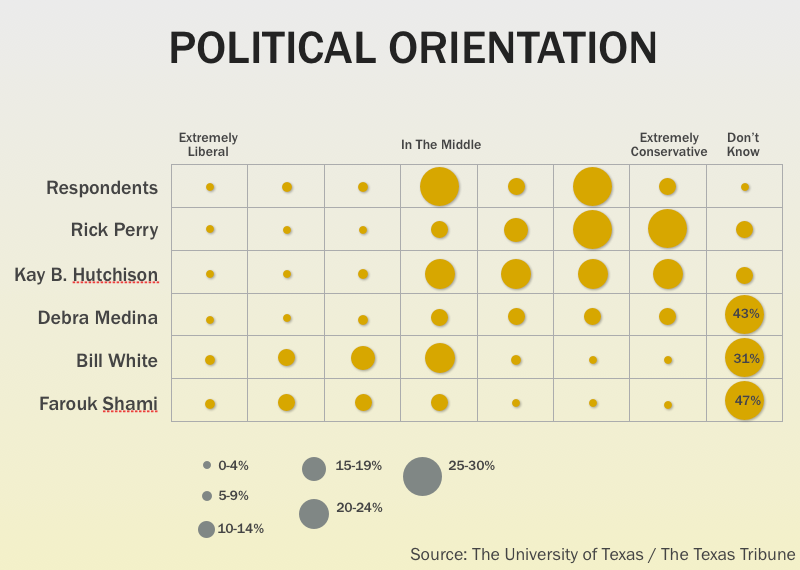 Asked how they rank various characteristics, and patterns quickly surface. For Republicans, a candidate "whose political beliefs most closely resemble mine" is the top criteria, followed, in order, by "a nominee who is not influenced by politics in Washington, D.C.," "a nominee who will not reward political and financial supporters with job appointments," "a nominee who will drastically shrink the size and role of state government," electability, a "fresh perspective," and government experience.

For Democrats, the first choice is the same: a match in political views. After that, Democrats rank electability, government experience, "a nominee who grew up in Texas and understands the state well," a political outsider, and "a nominee who has a life story that proves he can overcome adversity." 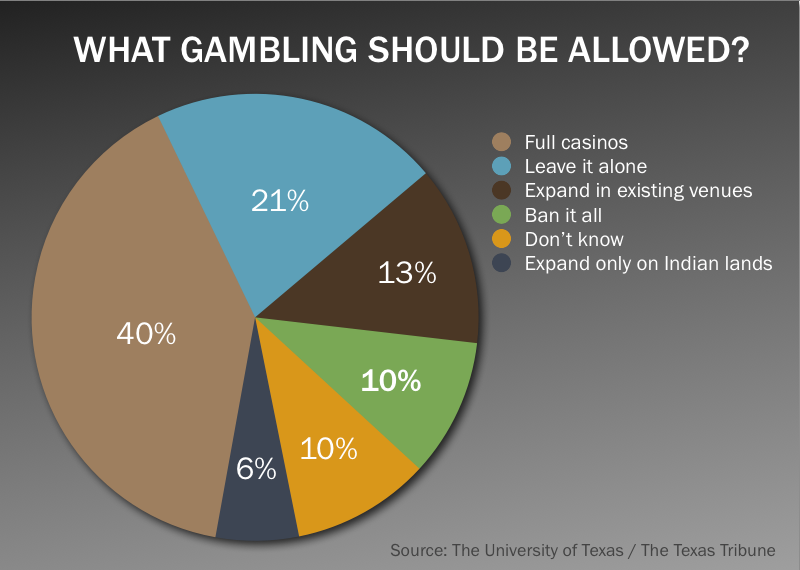 Fewer than a third of Texans oppose both civil unions and marriage for gays and lesbians. About that many — 28 percent — would allow marriage, and 35 percent would allow civil unions but not marriage. 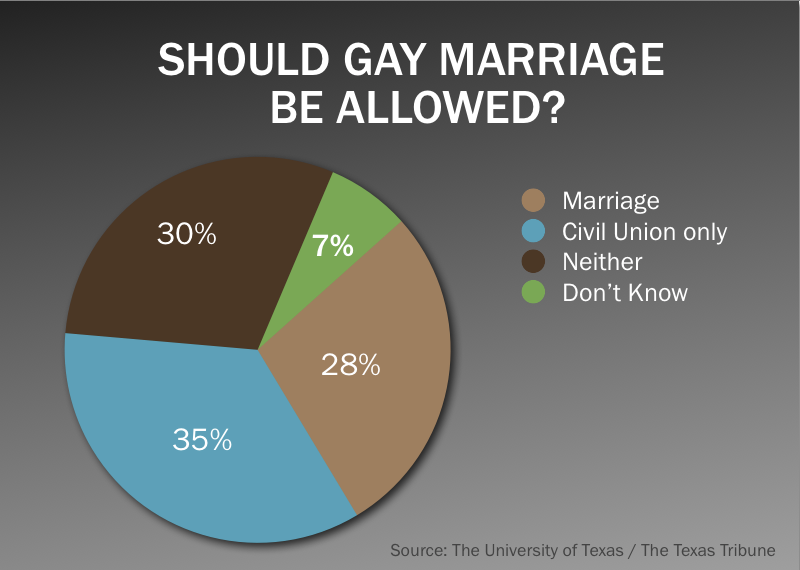 We gave Texans a scale to rank their own views on health care and numbered it from 1 to 7, with "there should be a government insurance plan for everyone" in the first position and "medical expenses should be paid by individuals through private plans" in the seventh. They prefer the private path over the public one, with 49 percent landing themselves on the private insurance side of the middle and 33 percent landing on the other end. The intensity is strong, too: While 14 percent went all the way (to 1) on government insurance, 25 percent went all the way (to 7) for private insurance.

We included a test of political knowledge in the poll, and most people did OK. For instance, 86 percent correctly identify Nancy Pelosi as Speaker of the U.S. House, and 73 percent know that Republicans are the majority party in the Texas Senate. Only 31 percent know that the Texas Legislature meets every two years; 36 percent think that's an annual event.