A few people suggested this week that we map per-capita contributions in the governor's race, rather than the percentage of each candidates' overall fundraising total.

The Rick vs. Kay blog wrote of our previous effort:

Ask, and ye shall receive. 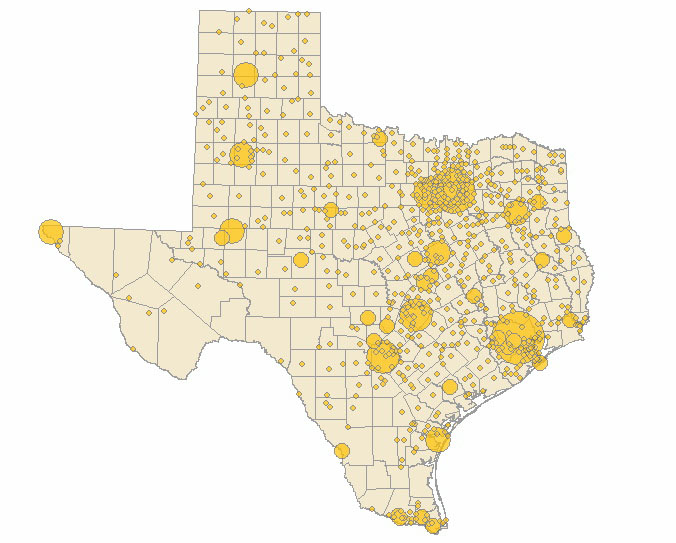 This map, however, shows per-capita contributions. The bubbles get larger as the disparity between population and total donations increases: 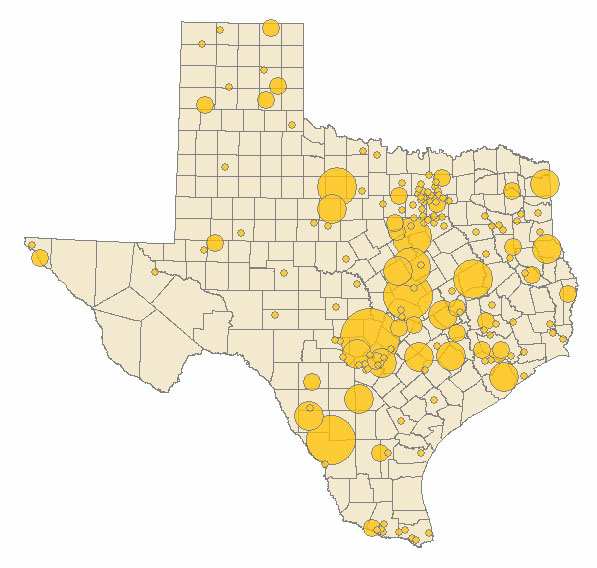 One note: The population totals are based on U.S. Census Bureau estimates from 2005 (the best I could do on short notice).