The major candidates in the governor's race get their campaign money from predictable places, namely urban areas, but there are subtle differences between them, according to the latest ethics filings.

To better understand the geography of the money race, we mapped the candidates' contributions by city, using graduated symbols to highlight their most lucrative areas. The bubbles in the maps get larger based on their percentage of a candidate's total contributions.

Kay Bailey Hutchison, who has collected the most individual donations in the race, received money from many places across the state. But she cleaned up in Houston, the Dallas-Fort Worth area, and along the Interstate 35 corridor. 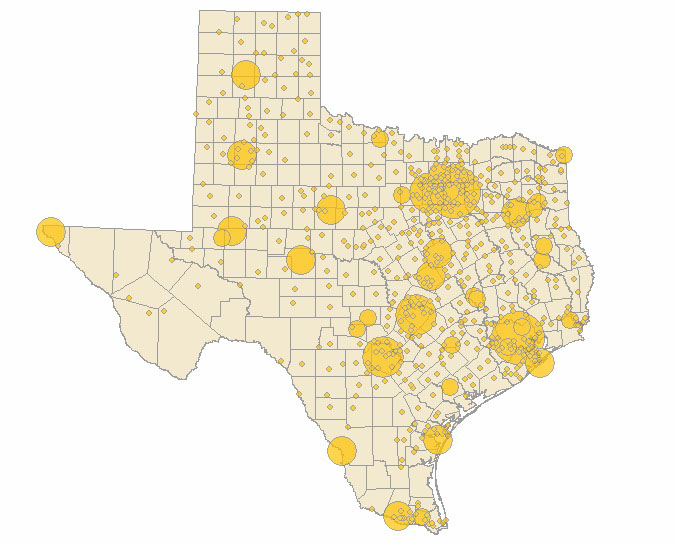 Debra Medina, the lesser-known of the three Republicans in the race, received fewer donations, as evidenced on the map. Clearly she relied more on the cities in and around Harris and Fort Bend counties. Austin and San Antonio were also key sources. 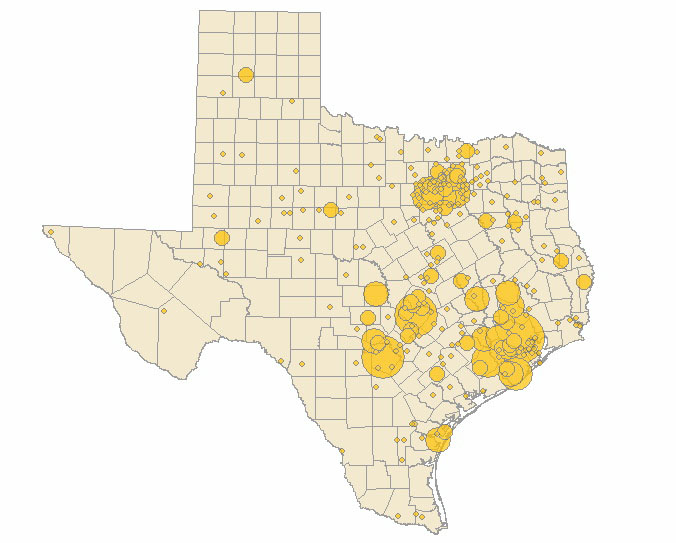 Like Hutchison, Gov. Rick Perry collected many individual donations across the state. He relied less on the Interstate 35 corridor and the Valley, however. And like Hutchison, the only other statewide elected official in the race, Perry's base of financial support is geographically broader than those of candidates new to statewide politics. 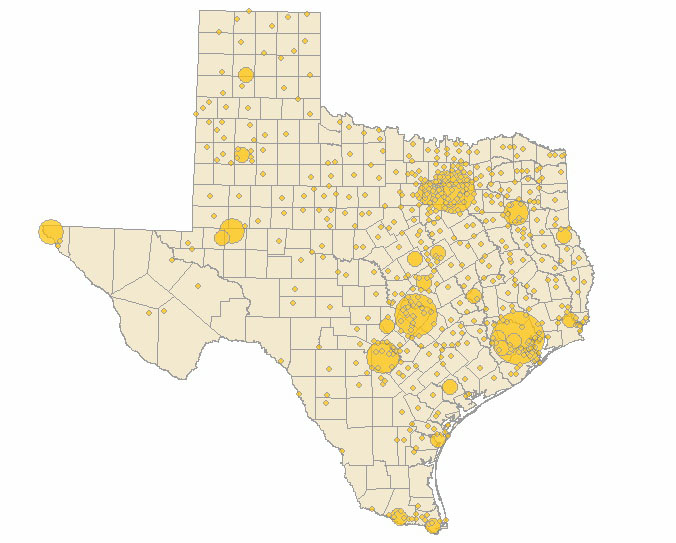 Farouk Shami, who is self funding his campaign in the Democratic primary, received a few contributions concentrated largely in the Dallas, Austin and Houston areas. Most of his money came from personal loans, which aren't included in the map. 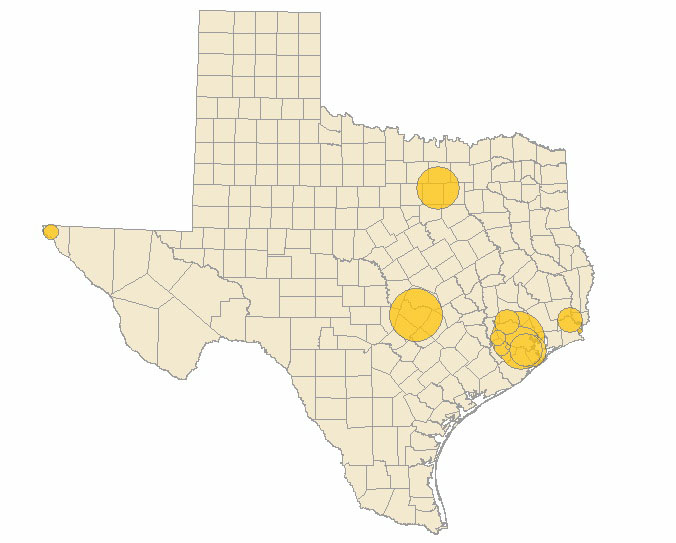 Bill White, who jumped into the Democratic primary against Shami less than two months ago, hasn't had time to collect a large number of contributions, though he still raised considerable sums from his base in Harris County and Dallas, Austin and San Antonio, where he grew up. This analysis doesn't include the millions of dollars he raised in an aborted run for the U.S. Senate during the last year. His map likely would have looked more like Perry's and Hutchison's, had the data he reported to the Federal Election Commission been included. 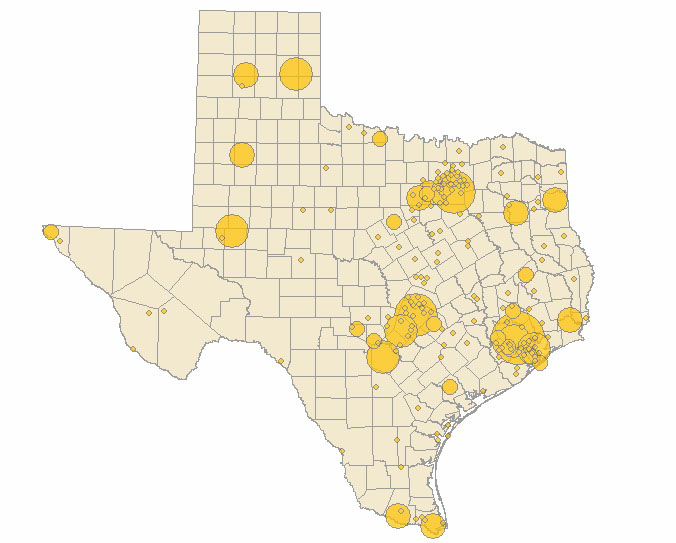