On Thursday night, Robert Pruett became the sixth person to be executed in Texas so far this year. He spent the last 15 years insisting he was innocent — and some wondered whether there was sufficient evidence to send him to his death. Here's what you need to know:

• Robert Lynn Pruett was a 20-year-old in prison in 1999, sentenced to 99 years after being convicted as an accomplice in a murder his dad committed. That was the year Pruett was accused of murdering Daniel Nagle, a prison guard who was found dead in a pool of blood alongside a shredded report he had written against the inmate. Pruett always insisted he was innocent — and argued he had been framed by corrupt guards and inmates. "I’ve hurt a lot of people, and a lot of people have hurt me," he said in his final statement Thursday. "One day, there won’t be a need to hurt people." Pruett was pronounced dead in Huntsville at 6:46 p.m.

• Pruett's attorneys fought his execution up to the last day — and the U.S. Supreme Court denied his last appeals just under two hours before he died Thursday. When Pruett was convicted in Nagle's murder in 2002, the ruling was mainly based on testimony from inmates who were there when the murder happened. Pruett's lawyers argued those witnesses were unreliable and fought for years to test crime scene evidence in a shot at proving his innocence. When a court twice ordered testing on clothes, the report and weapon used, the results were inconclusive.

• This case has gotten national attention. The New York Times ran an op-ed ahead of Pruett's scheduled execution Thursday that called the lack of evidence surrounding his conviction "deeply discomforting" and added his impending death should "trouble the country's conscience." Mother Jones, a left-leaning publication, also argued against Pruett's execution, saying "no physical evidence" actually tied him to the crime he was convicted of. His death marked the 1,462nd execution in the United States since 1976, per the Marshall Project, and the 544th in Texas.

• From Ross Ramsey: State lawmakers didn't want to make a big fuss over homes being built in Houston's big reservoirs. But then Hurricane Harvey happened.

• Jim Dunnam says his family has a combined 26 degrees from Baylor University. He's now suing the university on behalf of 14 women who were sexually assaulted while students.

• The U.S. House overwhelmingly passed a hurricane relief bill — but not before the Texas delegation and Gov. Greg Abbott had a tense 24 hours over it.

• School superintendents whose districts were hammered by Harvey want lawmakers to help pay for recovery after the storm.

• House Speaker Joe Straus is putting together a committee to look at the factors that draw businesses to Texas.

• A new poll says a majority of Americans don't think Puerto Rico is getting the help it needs after Hurricane Maria. (Axios)

• A televangelist and former Reagan staffer may challenge U.S. Sen. Ted Cruz in 2018. (Fort Worth Star-Telegram)

• Why did the city of San Antonio take itself out of the running to become the next Amazon headquarters? (Texas Monthly)

• Some in Washington think a battle over funding a border wall could be the cause of another government shutdown. (The Washington Examiner $)

• A GOP senator says President Trump is extending DACA past the March 5 deadline — but only if Congress doesn't come up with a legislative fix before then. (The Washington Post $)

• Rice farmers in Texas also got the short end of the stick after Harvey. (The Dallas Morning News $) 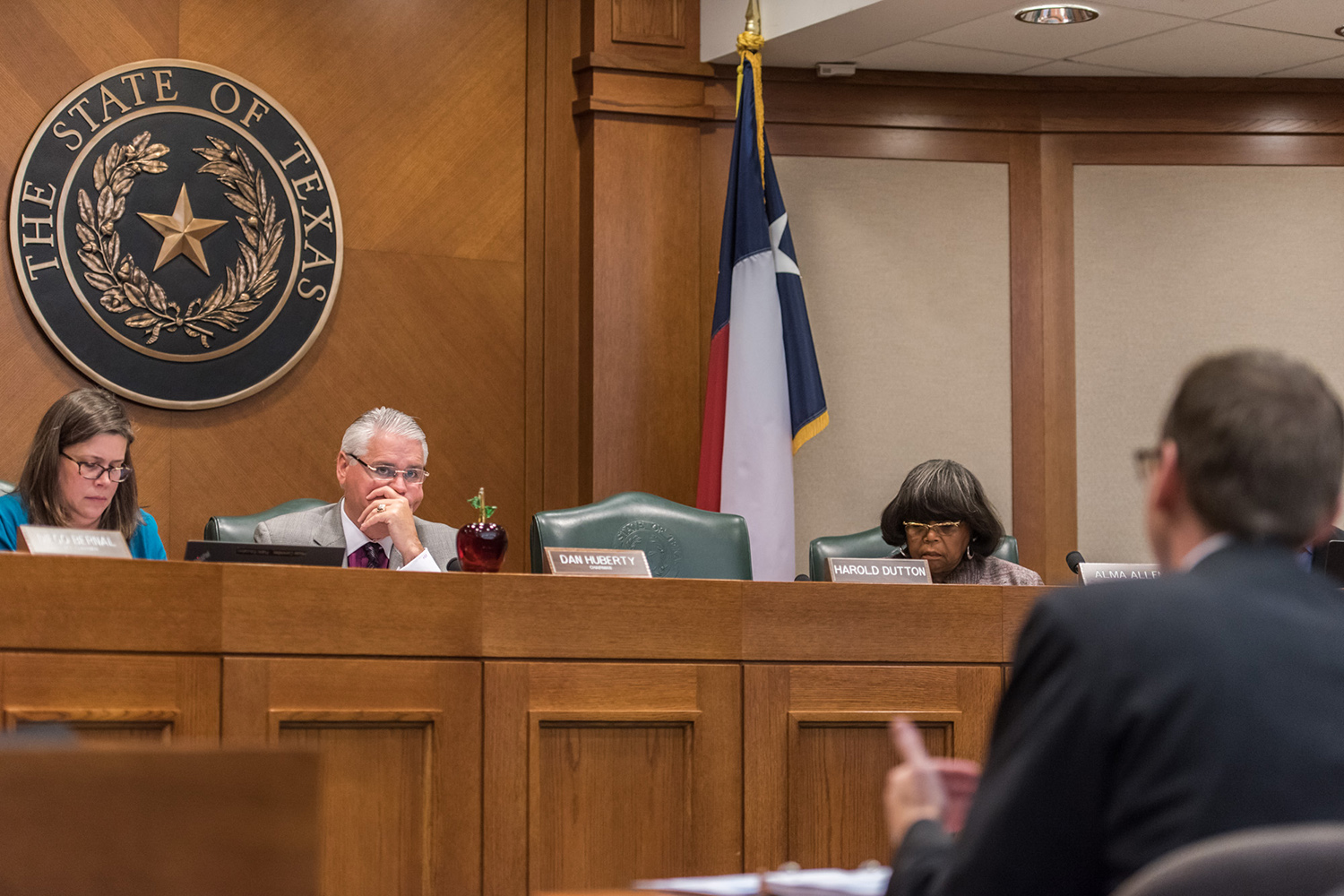 "There should be no ambiguity that the Texas House will focus on the big and consequential instead of the petty and the polarizing."