A federal judge in San Francisco is listening to an emergency request today by a pregnant, undocumented immigrant who's also a minor. She wants an abortion — and Texas, along with a handful of other states, is trying to stop it. Here's what you need to know:

• "Jane Doe," the name court filings use to refer to the minor at hand, is a 17-year-old undocumented and unaccompanied immigrant in U.S. custody in Texas after she crossed into the state from Mexico and was apprehended at the border. The American Civil Liberties Union wants a federal judge to grant an emergency court order authorizing her to access abortion services after the Office of Refugee Resettlement blocked her from attending a pre-abortion medical appointment. She may be up to 14 weeks pregnant.

• Texas Attorney General Ken Paxton says Doe's request is "radical" — and he wants a judge to deny it. Paxton, plus attorneys general for six other states including Missouri and Oklahoma, believe the U.S. Constitution does not grant undocumented immigrants the same broad rights as regular citizens. "No federal court has ever declared that unlawfully-present aliens with no substantial ties to this country have a constitutional right to abortion on demand," Paxton said in a statement Tuesday.

• This case broaches several thorny subjects, including what kinds of rights unaccompanied minors entering the United States illegally have when it comes to abortions. For Paxton's part, he believes the larger conservative principle of protecting life is also at stake. In his statement Tuesday, Paxton said if the judge sided with Doe, it "will create a right to abortion for anyone on earth who enters the U.S. illegally."

• Meet Dallas attorney James Ho, President Donald Trump's pick for a federal court. Turns out, his position on the issue of birthright citizenship kind of pits him against many prominent Republicans — including the president.

• The Texas comptroller told us Hurricane Harvey "is going to cost more than anything we've had before." But he doesn't think it should slow the state's economy.

• Most of a high school drill team in Hutto knelt during the national anthem on Friday. (KVUE)

• The 19-year-old Texas Tech student suspected of killing a police officer Monday had family members previously call the university's counseling office to warn he may have a weapon. (San Antonio Express-News $)

• A federal appeals court passed on speeding up a challenge to the state's voter ID law. One judge says the matter won't get solved ahead of the 2018 elections. (The Austin American-Statesman $)

• A bump stock manufacturer in Texas is getting sued. (The Dallas Morning News $) 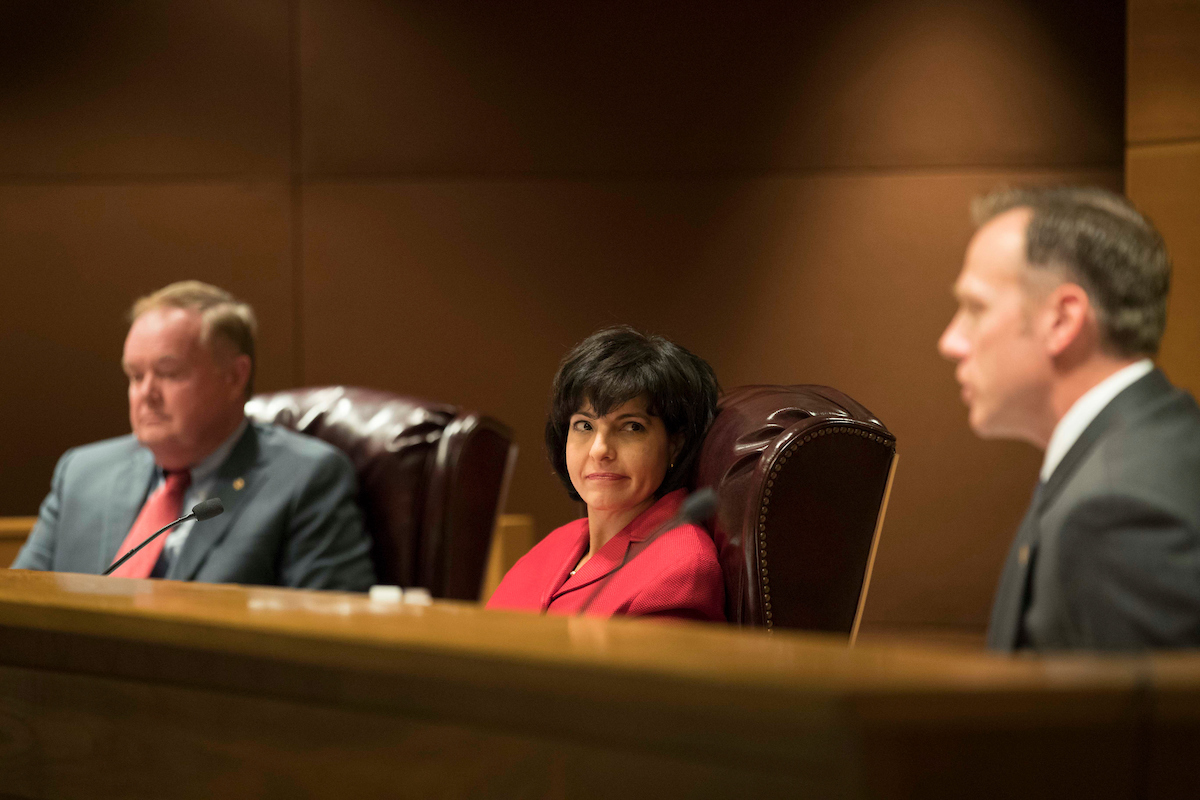 "Invite the idea people — the agreeable and the disagreeable. Listen. Debate. Think. Do it again and again."

— Ross Ramsey, saying universities and colleges are intended to be places for competing ideas.