The Texas governor is eyeing Hispanic Texans as the 2018 elections approach, a dispute over the national anthem is still making headlines and the White House released an immigration wish list Sunday evening. Here's what you may have missed over the weekend:

• "The first Hispanic governor must be a Republican," Gov. Greg Abbott told a group of GOP activists in San Antonio on Saturday, as he seeks to win a larger share of the Hispanic vote in 2018 than the 44 percent he got in 2014. Is the Republican governor on to something? Well, if the latest U.S. Census Bureau estimates say anything, it's that Texas' population is flourishing — and Hispanics are driving a large chunk of that growth.

• The conversation over NFL players kneeling during the national anthem is still happening. The latest development happened Sunday, when Vice President Mike Pence left a football game after roughly a dozen players from the San Francisco 49ers knelt during the national anthem. Abbott, quick to take Pence's side, tweeted Sunday afternoon: "RT if you agree @VP Pence was right to leaves Colts game because of national anthem protest. #tcot #PJNET." Lt. Gov. Dan Patrick also waded in, later tweeting, "Three cheers for @VP." Last month, when teams including the Houston Texans and Dallas Cowboys participated in the ongoing protest, several Texans criticized players and team staff over it.

• One thing to keep an eye on... The Trump administration Sunday evening released a set of immigration-related items they want Congress to get the ball rolling on, including building a wall along the U.S.-Mexico border and reforming the country's green card system. Shortly after the news broke, U.S. Rep. Joaquin Castro, D-San Antonio, weighed in, calling the proposals "warped" and saying they "lack basic humanity." As the story develops, we will be monitoring reactions from other Texans.

• From Ross Ramsey: Want a clue on what is lined up to drive the 2019 legislative session? Try Harvey.

• Tons of Texans are relying on the National Flood Insurance Program to rebuild after the storm. But here's the catch: It is facing quite the financial quandary, and Congress is trying to figure out how to overhaul the plan.

• How much has been raised for Harvey relief — and how is it being spent? We're keeping tabs on that here.

• The Las Vegas mass shooting has what the Las Vegas Review-Journal calls "bone-chilling parallels" to one that happened at The University of Texas at Austin in 1966.

• A doctor in Texarkana is now prescribing medical marijuana to patients. His criteria for doling it out are stricter than Arkansas state law. (Texarkana Gazette)

• The Fort Worth Star-Telegram asks: What could the Trump administration's tax reform proposal mean for Texans?

• Around 300,000 homeowners in the state probably won't see a break in their property taxes after Harvey damaged their home. One state lawmaker says they can thank the Legislature — and the time they spent on things like the "bathroom bill" this year. (The Houston Chronicle $)

• High school student India Landry didn't stand for the Pledge of Allegiance because it "doesn't represent what [she's] going through." The principal expelled her for it. So now India is suing her and the school district. (The Houston Chronicle $)

• Trump and Sen. Bob Corker, R-Tenn., have traded jabs the past few days. Corker delivered his strongest one yet Sunday, telling The New York Times ($) the president's recklessness threatens a "World War III." 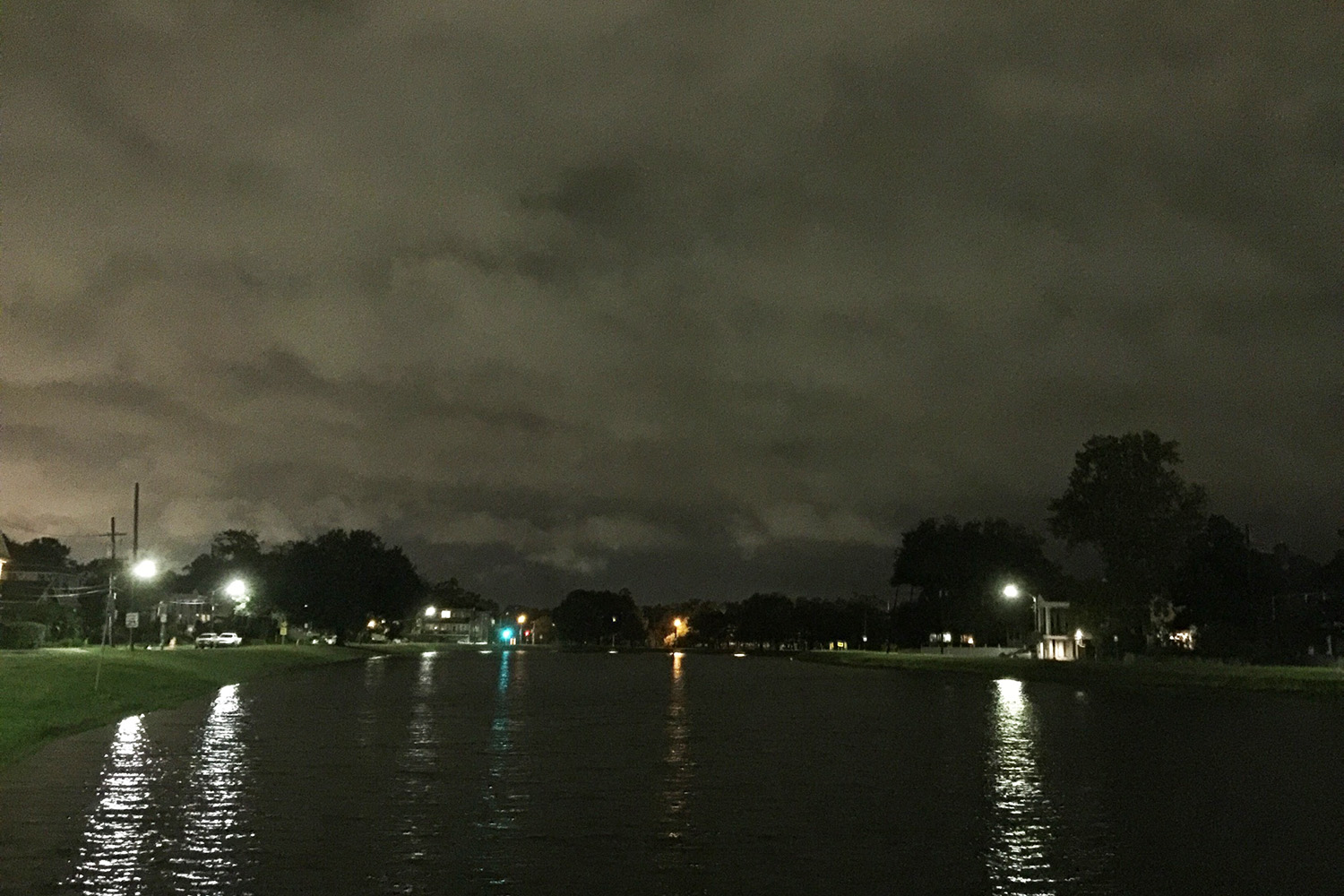 Storm clouds from the outer bands of Hurricane Nate loom over Bayou St. John in Mid-City New Orleans on Oct. 7, 2017. The city mostly avoided significant damage from the fast-moving storm, which shifted east to make landfall near Biloxi, Miss. Photo by Tana Jordan for The Texas Tribune. See more photos on our Instagram account.

"We've got to fix it because it's going bankrupt. People depend on it."