A key concern after Hurricane Harvey is preventing countless Texans from slipping into poverty, losing personal assets or becoming homeless. Here's what you need to know about how the meeting between state lawmakers, officials and experts in Houston on Monday to discuss relief from the storm went:

• Around 1.2 million homes in Texas have been impacted by Harvey, Texas Land Commissioner George P. Bush told a panel of lawmakers, adding it could take seven to 32 months before residents in the southeast region of the state see federal dollars for extensive home repairs or rebuilds. Bush said that while his office waited on a "rule book" from the feds, they had already started gathering data on the damage.

• "We are anticipating there is going to be a significant rise in foreclosures," Baytown Mayor Stephen DonCarlos told lawmakers, further raising concerns about Harvey's long-term impact on vulnerable Texans. For example, DonCarlos said, many residents in his town of around 75,000 are stuck in the middle — they don't qualify for some federal aid programs but also aren't wealthy enough to pay mortgages on damaged houses while simultaneously paying for temporary housing.

• On Houston's debris problem, Houston Mayor Sylvester Turner told House members that cleaning it up will cost an estimated $260 million and said the federal government is set to pay for around 90 percent of it. He added that debris removal trucks — which you can track here — will comb through the city around three times and should wrap up the first round in the next several weeks. It may be hard to grasp the huge task of removing post-Harvey debris, but here's some background on what lays ahead for Houstonians.

• "We have a lot of newly homeless students in the state of Texas," Texas Education Commissioner Mike Morath told the Appropriations Committee as he ran through the long list of costs the state may have to swallow to get schools back on track. To name one, school districts across Texas are opening doors to students who lost their homes and are enrolling away from their home districts — and the Texas Education Agency is readying to shift around $380 million to aid those who have seen a spike in enrollment. Our education reporter Aliyya Swaby has a tweet thread on this here.

• Critics say Texas' solar energy boom may falter if tariffs or price floors on imports of solar products are imposed. The U.S. International Trade Commission is holding a hearing on it today.

• Congress didn't reauthorize the Children's Health Insurance Program, and now insurance coverage for nearly 400,000 children and pregnant women in Texas is in jeopardy because of it.

• Here's how Texas officials responded to the mass shooting in Las Vegas.

• The Trump administration is considering an executive order that would tell federal agencies to review welfare programs. (Politico)

• The U.S. Supreme Court dismissed appeals from two inmates in Texas who are scheduled to die this month. (Associated Press)

• After the state's health commission gave lawmakers details about Pfizer's drug pricing rates in the state Medicare system, the pharmaceutical company sued the commission over trade secrets. They lost. (The Dallas Morning News $)

• State Sen. Carlos Uresti, D-San Antonio, lost his bid to clear one of the 22 charges against him. (San Antonio Express-News $)

• A run-down on what happened in Las Vegas on Sunday, per several Texans that were there. The death toll of one of the worst mass shootings in U.S. history has now hit 59, and more than 520 are injured. (The Dallas Morning News $ and The New York Times $) 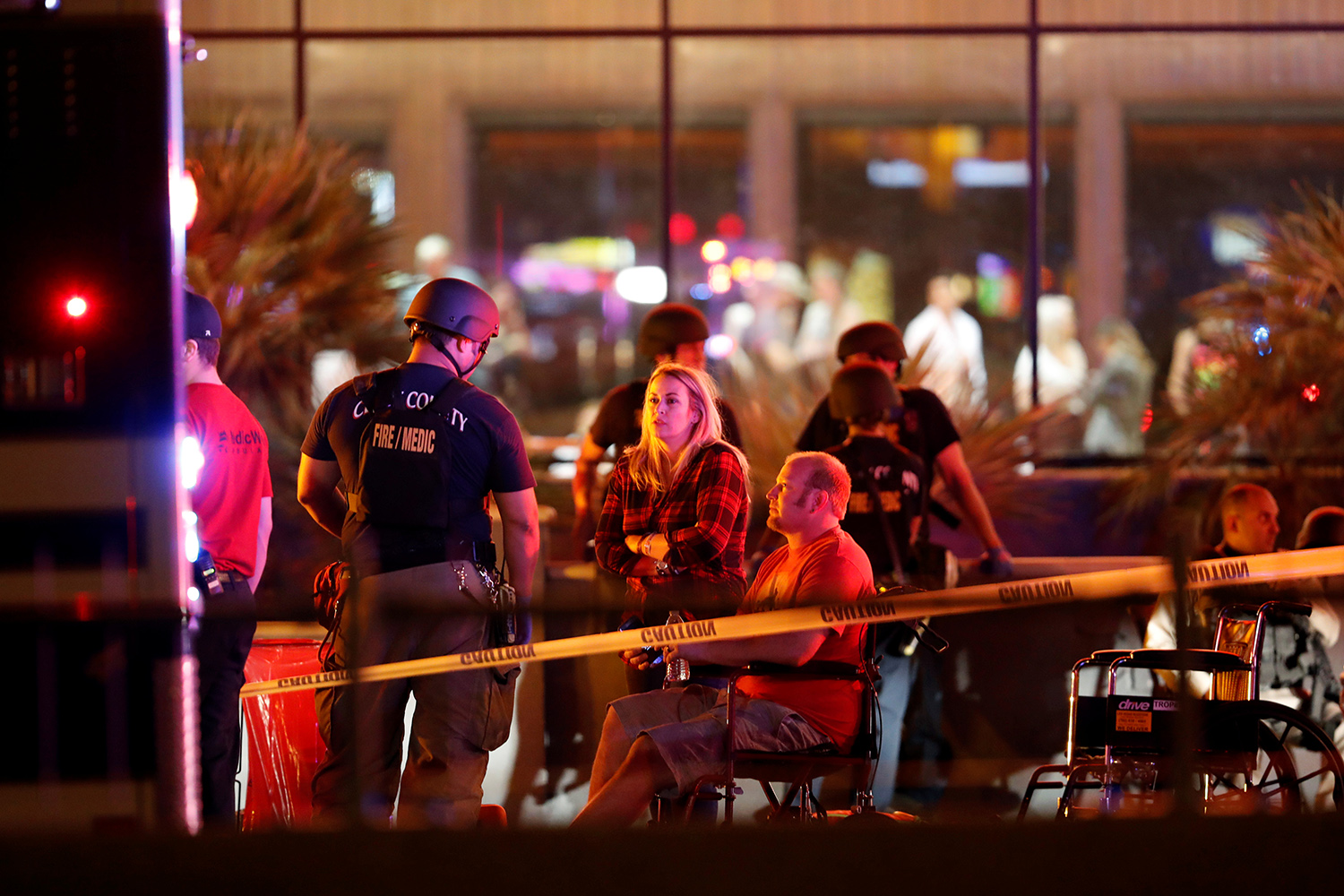 People wait in a medical staging area on Oct. 2, 2017, after a mass shooting during a music festival in Las Vegas, Nevada. Photo by REUTERS/Las Vegas Sun/Steve Marcus. See more photos on our Instagram account.

"We may have a new crisis on our hands."