Food banks and pantries in Harvey-affected areas are bracing for the months of recovery that lay ahead. Here's what you need to know:

• Food banks, pantries and other food access advocates along the Texas coast were already food insecure before Hurricane Harvey came along. Take the Southeast Texas Food Bank, for example, which has already given out more than 1.5 million pounds of food. As they juggle a large amount of food donations coming in from around the nation, they know that the flow — like peoples' attention — will eventually drift elsewhere.

• What's happening now? Thousands of households in the state are already eligible for disaster food assistance, and the Texas Health and Human Services Commission is beginning sign-ups. Plus, certain Texans who qualify have already started receiving benefits under a federal program that gives those eligible up to two months of benefits to buy groceries. Applicants have to live in one of the 39 counties in Texas covered by the federal disaster declaration — and they must prove they've lost income and had a home damaged, among other things.

• Immigration arrests in Harvey-affected areas have begun again, the Trump administration announced Wednesday. Authorities had pressed the pause button on immigration-related arrests in the immediate aftermath of Harvey as rescue and recovery efforts took place, but Immigration and Customs Enforcement confirmed operations will begin again immediately.

• U.S. House Speaker Paul Ryan arrived in Houston last night, where he met with Gov. Greg Abbott and Houston Mayor Sylvester Turner. He's set to survey storm damage in the area today and help out on a service project, and Sens. John Cornyn and Ted Cruz, along with other members of the Texas congressional delegation, are set to keep Ryan company. At the same time, U.S. Agriculture Secretary Sonny Perdue is touring the Houston area with Texas Agriculture Commissioner Sid Miller to look at how producers in the industry were impacted. Also, Abbott is set to hang out with country music star George Strait in Rockport today, holding a meet and greet for those affected by the storm.

• Some say patients visiting freestanding emergency rooms in Texas have been blindsided by massive medical bills. A new state law now requires those facilities to post what, if any, insurance networks they're in.

• One of President Trump's judicial nominees — who's also a high-ranking official in Attorney General Ken Paxton's office — said transgender children are part of "Satan's plan" in a May 2015 speech.

• Gov. Abbott and Attorney General Paxton want FEMA funding for churches and other places of worship in the state.

• Remember the Crosby chemical plant that exploded after Harvey? Now homeowners in the area are joining a lawsuit against the company that owns it.

• An Austin City Council member says the nude photos of him that surfaced online are "online harassment." (KXAN)

• A commission in Waco is wondering why Baylor University is trying to restrict short-term rentals. (Waco Tribune-Herald)

• How do Texas' congressional Democrats feel about the "Medicare for All" legislation in Congress? (Texas Observer)

• U.S. Rep. Beto O'Rourke  — the Democrat from El Paso challenging U.S. Sen. Ted Cruz in 2018 — says he is the only one who tweets from his Twitter account. Since we mentioned Cruz, he thinks the end of DACA is great — but he's not sure what should be done with the Dreamers. (Fort Worth Star-Telegram)

• More than 30 children were killed inside a Mexican school after an earthquake devastated the region on Tuesday. Read this for moments of heartbreak — and joy. (The New York Times $)

• President Trump says he's made a decision on the Iran deal but won't say what it is. (The Washington Post $) 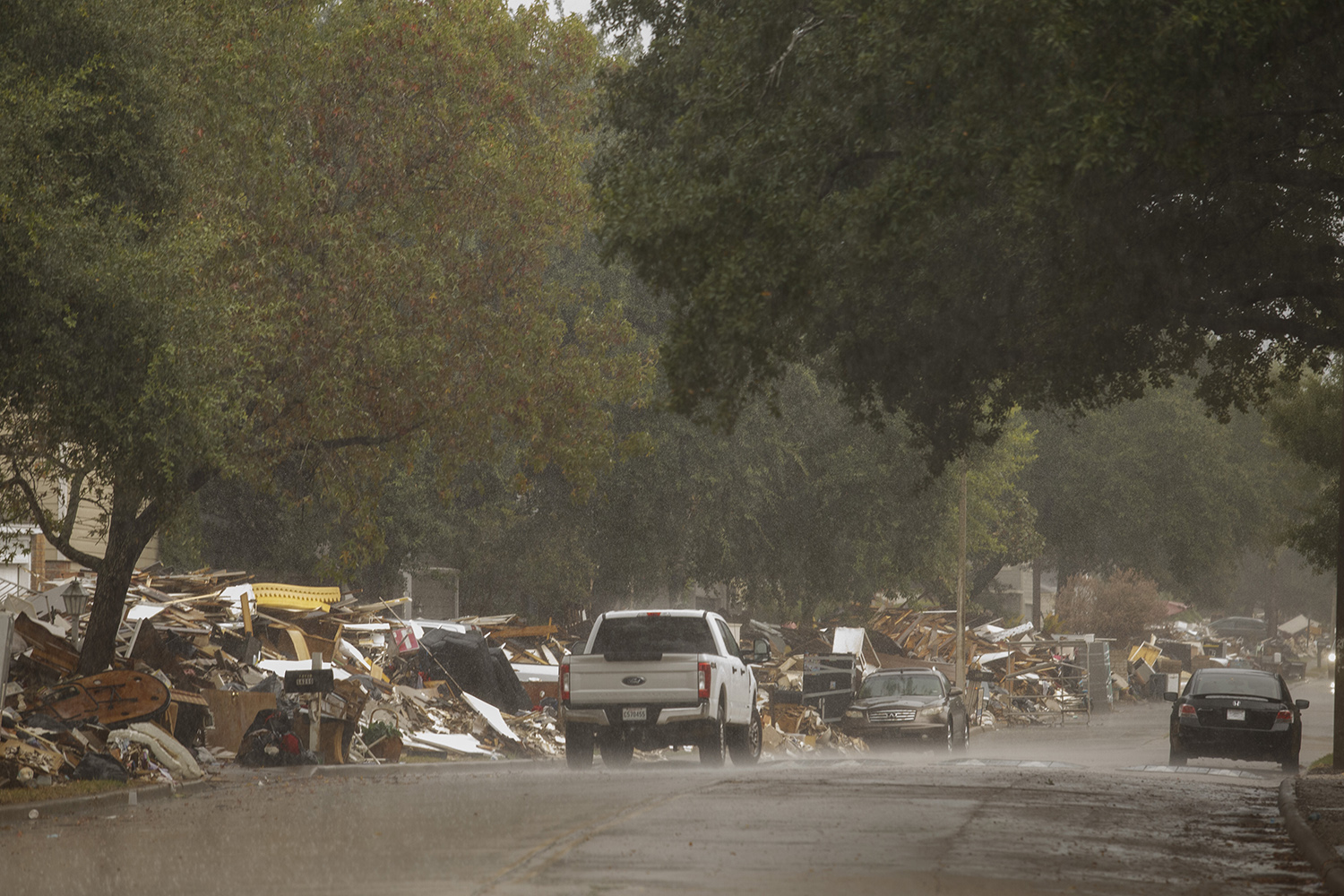 Water remains on the streets and piles of debris still await pickup weeks after Harvey in this Houston neighborhood below the Barker Reservoir on Sept. 18, 2017. A sizable portion of the Texas congressional delegation will be touring Houston today. Photo by Michael Stravato. See more photos on our Instagram account.

"We're going back to that time where debauchery rules."

— Jeff Mateer, a high-ranking official in Texas Attorney General Paxton's office and one of President Trump's judicial nominees, in a May 2015 speech where he also called transgender kids part of "Satan's plan."