As floodwaters from Tropical Storm Harvey recede this week, many neighborhoods in the Houston area are reliving a depressingly familiar scenario. Houses in high-risk areas that have flooded repeatedly over the last three decades have likely flooded again, and will require taxpayer funds for their owners to either rebuild, get flood-proofing or be bought out.

Most homeowners who live in risky areas are required to buy flood insurance. Since private options are limited, most get subsidized policies through the National Flood Insurance Program, the federal government’s plan, which covers about 5 million American property owners. But critics say the program’s subsidies encourage people to live in flood-prone areas since they are spared the full cost of insuring them. The program is $24.6 billion in debt and is scheduled to expire this month, pending congressional reauthorization.

This map of Harris County, which includes Houston, shows the number of homes insured by the National Flood Insurance Program in each ZIP code that have filed enough claims from 1978 to 2015 to be placed on a list of severe repetitive loss properties. 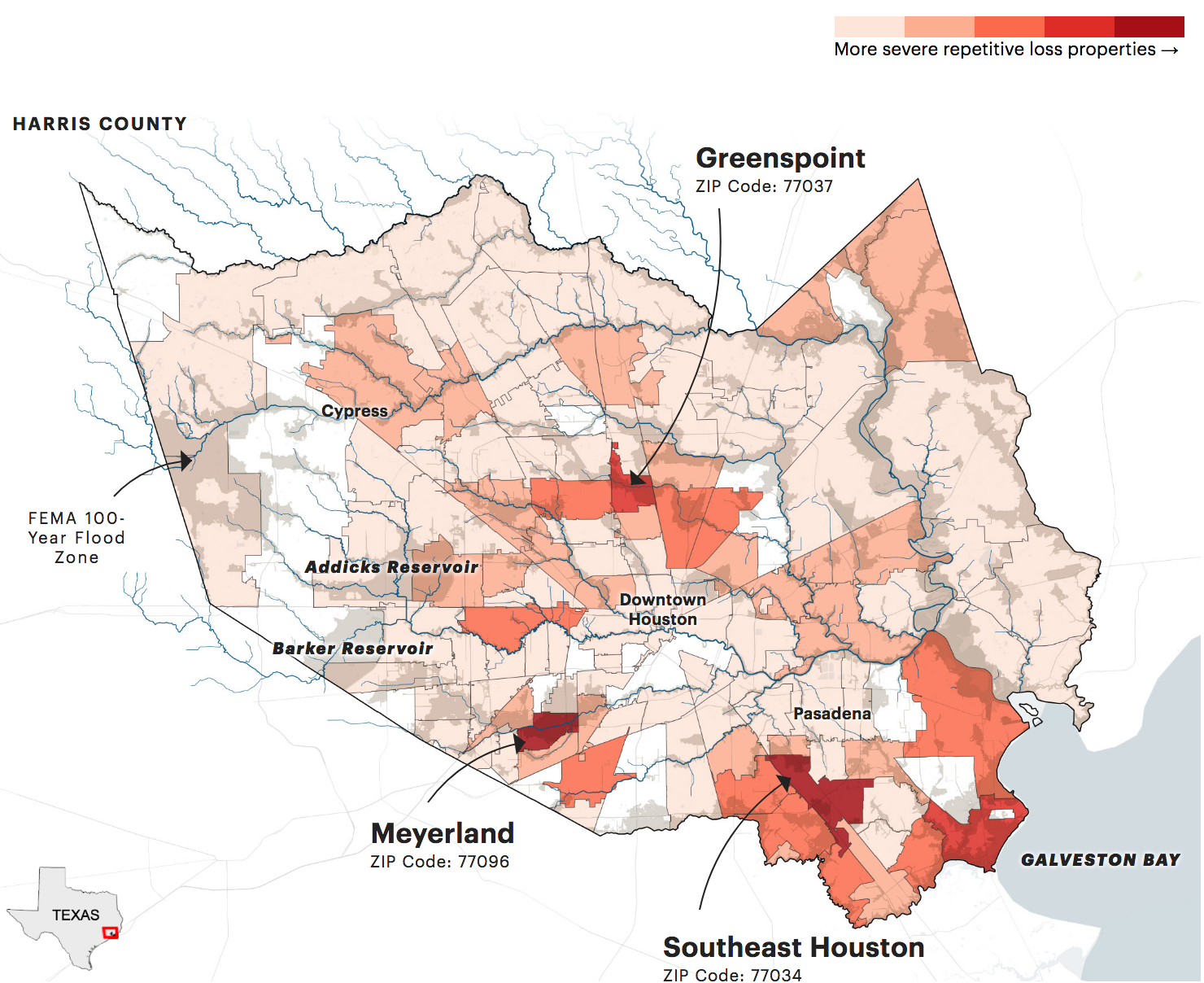 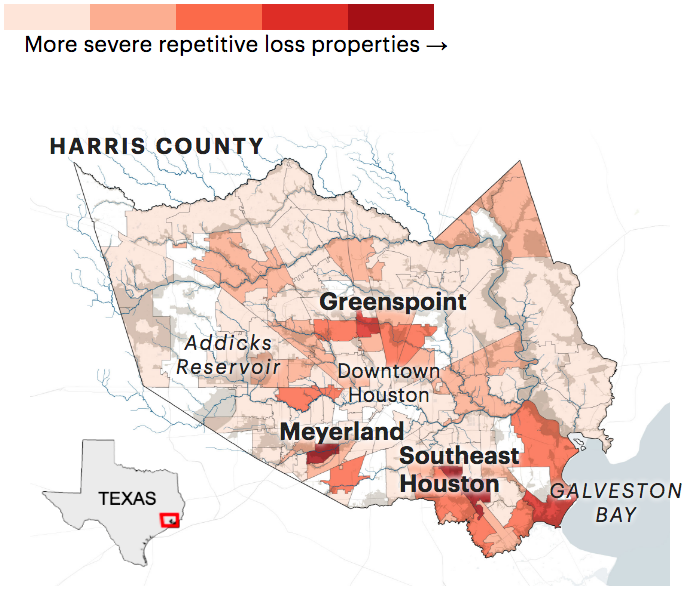 The data, obtained from FEMA by the Natural Resources Defense Council, shows that the government has shelled out $265 million for flood claims on 1,155 severe repetitive loss properties in the program in Harris County.

In the ZIP code that encompasses the Greenspoint section of Houston (a low-income neighborhood that has flooded at least five times between 2001 and 2017), FEMA has spent $12 million in repetitive loss claims on 71 properties in the program.

For 389 properties in Harris County, payments have cumulatively added up to more than twice the current value of the property. In one extreme case, a house in northeast Houston has received 18 flood insurance payments totaling $1.8 million—more than 15 times the property’s market value.

Properties on the severe repetitive loss list are eligible for voluntary buyouts or mitigation funds that pay to raise structures to higher elevations. But demand far outpaces available funds, so the program usually pays to simply rebuild homes in the same risky spots, without making them more flood-proof.

The map represents the most up-to-date severe repetitive loss information available, but undoubtedly underestimates how many Harris County homes are now on the list. It doesn’t include those added after the massive April 2016 floods — or those that will qualify because of Tropical Storm Harvey.