Let's run through some numbers from the special session so far: Gov. Greg Abbott tasked the Texas Legislature with passing 20 items in 30 days. State lawmakers have completed 22 of those days so far, at a cost of $736,000 and rising. The grounds of the Capitol have played host to hundreds of amendments, dozens of hours of debate and numerous rallies.

And zero bills have made it to Abbott's desk.

• The House and Senate appear to be ending the session just as far apart as when they started. The special session's only must-pass legislation — "sunset" bills that would keep several state agencies from shuttering — is already through the Senate and is set for consideration on the House floor Thursday. But the two chambers are still at odds on issues such as school finance, tree regulations and property tax reform. And even though both have passed their own versions of bills related to abortion restrictions, public education and maternal mortality, it's unclear which chamber's legislation will make it to the next round.

• What about the "bathroom bill"? The highest-profile line on Abbott's wishlist— a measure to regulate which restrooms transgender people can use — appears to be on life support. House State Affairs Chairman Byron Cook said earlier this week he wasn't planning to give the legislation a hearing.

• But team Abbott's still confident — despite the fact most of his key priorities remain in limbo, in one chamber or the other. Aside from the governor's steady stream of media hits, his office says Abbott's top priority — property tax reform — has made more progress during the special session than it ever did during the 140-day regular session. The Senate cleared its preferred version of the legislation two weeks ago, but a House panel dramatically reworked the bill and upped the trigger that would set off elections if local governments planned to raise property tax revenue from 4 percent to 6 percent. And while that measure has yet to hit the floor of the lower chamber for a vote, other related legislation is floating around, too.

• One reminder: If Abbott isn't happy with what lawmakers have done at the end of the 30 days next week, he can always call them back for more. And while he hasn't said what might prompt him to call the Legislature back for a third round, several lawmakers say the failure of property tax reform might just do it.

• What out of Gov. Abbott's 20 special session agenda items do you think will pass at the end of the 30 days? Tweet us with #MyTexasTake.

• Public entities have been required to reveal the businesses they have large contracts with since 2016 — but would it surprise you to know numerous state lawmakers are among the contractors, with some of them backing or voting on bills that benefit those same entities?

• From Ross Ramsey: Lawmakers at the Texas Capitol are already prepping their closing arguments — and obituaries — for their pet issues during the special session.

• The chairman of the Senate Education Committee says the House's proposal for school finance is like attempting to drive a broken-down car.

• The legal battle over Texas' political maps isn't the only redistricting case the state's getting involved in.

• After a near four-hour debate, the House gave the initial OK to a bill restricting insurance coverage for non-emergency abortions.

• A federal judge signed off on Texas' plans to temporarily move 1,000 hot prisoners to 11 different air-conditioned facilities across the state.

The conversation on property taxes scheduled for today is canceled. We apologize for any inconvenience.

How a 'group of mad moms in minivans' injected themselves into Texas' anti-vaccine debate, Texas Observer

Did we humans contribute to the Texas heat wave? It's complicated, Fort Worth Star-Telegram 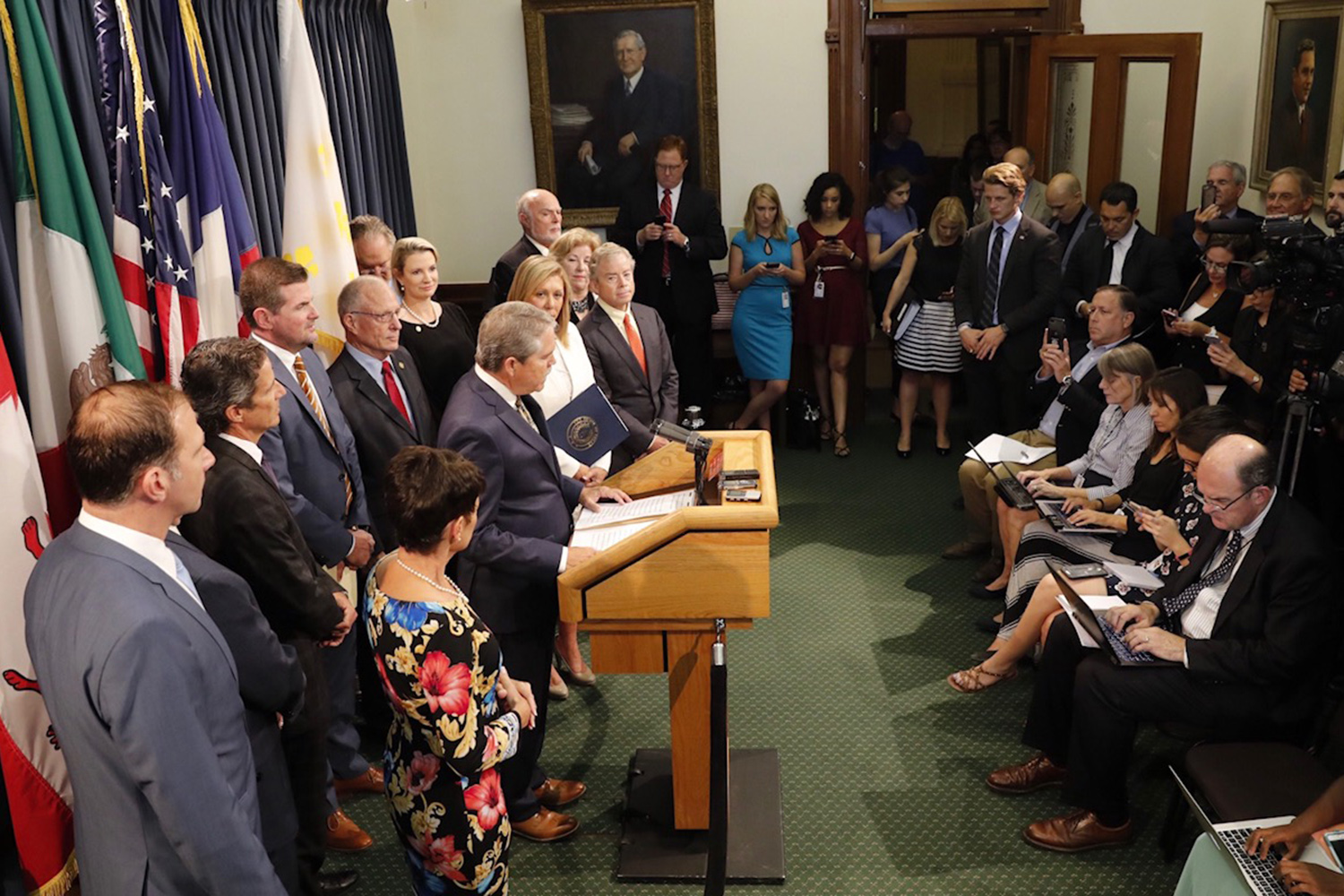 "Women don’t plan to be raped. Parents don’t plan for their children to be victims of incest."

— State Rep. Chris Turner, D-Fort Worth, speaking against the bill restricting insurance coverage of abortion that tentatively passed the House on Tuesday.