Congress is out for the summer, and U.S. Rep. Will Hurd, R-Helotes, is on a six-day, 20-stop swing across his sprawling swing district. Here's what you need to know:

• Congressional District 23 is essentially the only competitive race in the state, which makes Hurd widely viewed as the most vulnerable Republican member in Congress from Texas. His town hall tour this week shows him walking a fine line — especially on issues such as border security, where he's publicly split with President Donald Trump.

• Hurd's tour comes amid uncertain times for his district. CD-23, which is larger in area than 29 states and stretches from San Antonio to El Paso, is part of a pending trial over Texas' political maps that could lead to new ones being drawn ahead of the 2018 elections. But Hurd suggested on Monday he wasn't worried about the outcome of the redistricting case. "I'mma keep doing my thing," he said.

• Hurd's pretty defiant about his 2018 re-election chances. "If somebody thinks they can outwork me, good luck," Hurd said during a break before his town hall in Fort Stockton on Monday. Hurd drew his first Democratic challenger last week, and at least three other Democrats are seriously considering a shot at the seat — including former U.S. Rep. Pete Gallego, who has lost to Hurd twice in the district. "You're more than welcome to come at me," Hurd said, "but you're going to face the same fate that Mr. Gallego faced a couple of months ago."

• A federal judge and plaintiffs are planning to examine this afternoon the state's proposal for moving 1,000 inmates into air-conditioned prison units. Follow Texas Tribune reporter Jolie McCullough for updates.

• Lt. Gov. Dan Patrick and House Speaker Joe Straus met Monday for the first time in months as time runs out for the special session.

• Almost all of Texas' 36 delegates in the U.S. House signed a letter urging certain airlines be docked for using "anticompetitive practices." The thing is, the letter had a striking resemblance to what a United Airlines lobbyist had drafted.

Firefighters: City should drop other petition to clear way for 'party parity' on ballot, The Houston Chronicle ($)

Cornyn's new push against sanctuary cities could put him at odds with some Texas mayors, The Dallas Morning News ($) 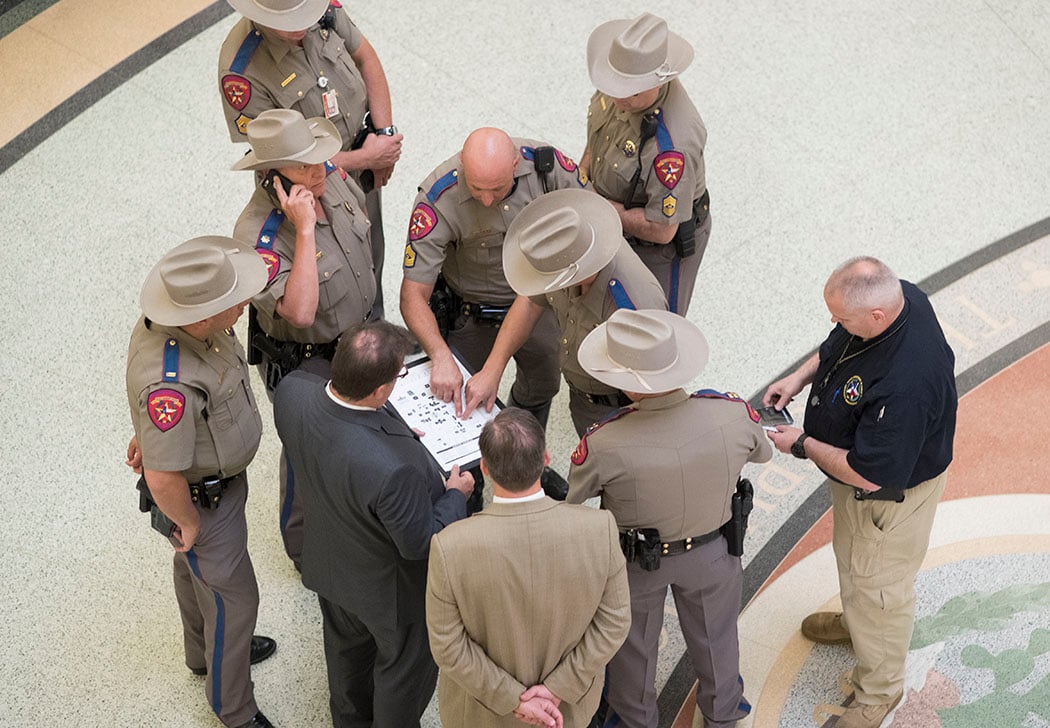 "We are still talking."