The House chamber initially approved a few pieces of legislation dealing with trees and other matters on Thursday while the Senate took a break for the day, but both chambers are back in business today to finish off week two of the special legislative session. Here's what you need to know:

• Want to regulate trees? Sure, but on our terms, is essentially what the House told Gov. Greg Abbott when they passed a bill to let land owners plant new trees to counteract municipal fees for tree removal on their land — the same measure Abbott vetoed in another form in June after he said it didn't go far enough. Aside from trees, the lower chamber also gave the preliminary OK to a bill to increase reporting requirements and fines on abortion complications and its second sunset bill to fund several key state agencies.

• While we're here, we should also address ethics reform, said state Rep. Sarah Davis during a committee hearing on Thursday. Davis heads the panel that investigates state government ethics violations (remember the TABC?), and said passing ethics reform — one of Abbott's emergency items during the regular session — could pump the public's trust back into state lawmakers. But the Legislature could only pass those bills if Abbott added it as a special session item, and the governor in an interview Wednesday said extra measures wouldn't be added until lawmakers sent his initial 20 items to his desk.

• Both chambers gavel in at 10 this morning. The House is expected to give final approval to the tree bill, the anti-abortion measure and sunset legislation and send them to the Senate. The upper chamber has other things it can work on, such as a bill to stop cities and towns from enforcing ordinances on a property if it wasn't in place when the land was purchased.

• From Ross Ramsey: Money is tight, tempers are high and, well — state lawmakers still aren't on the same page.

• Texas executed a man convicted in a fatal stabbing who accused his legal defense of committing fraud, marking the fifth execution in the state this year.

• The U.S. House passed a proposal that included $1.6 billion in border wall funding — but it probably won't go anywhere.

• Are you wondering how Texans in Congress feel about President Trump's statement on banning transgender troops? Here you go.

• Texas Attorney General Ken Paxton now has a trial date in his securities fraud case, and it just so happens to be the same day as the filing deadline for 2018 elections.

Join us on July 31 for coffee and a conversation on bathroom politics with state Sen. Sylvia Garcia, D-Houston, and state Rep. Ron Simmons, R-Carrollton, at The Austin Club. 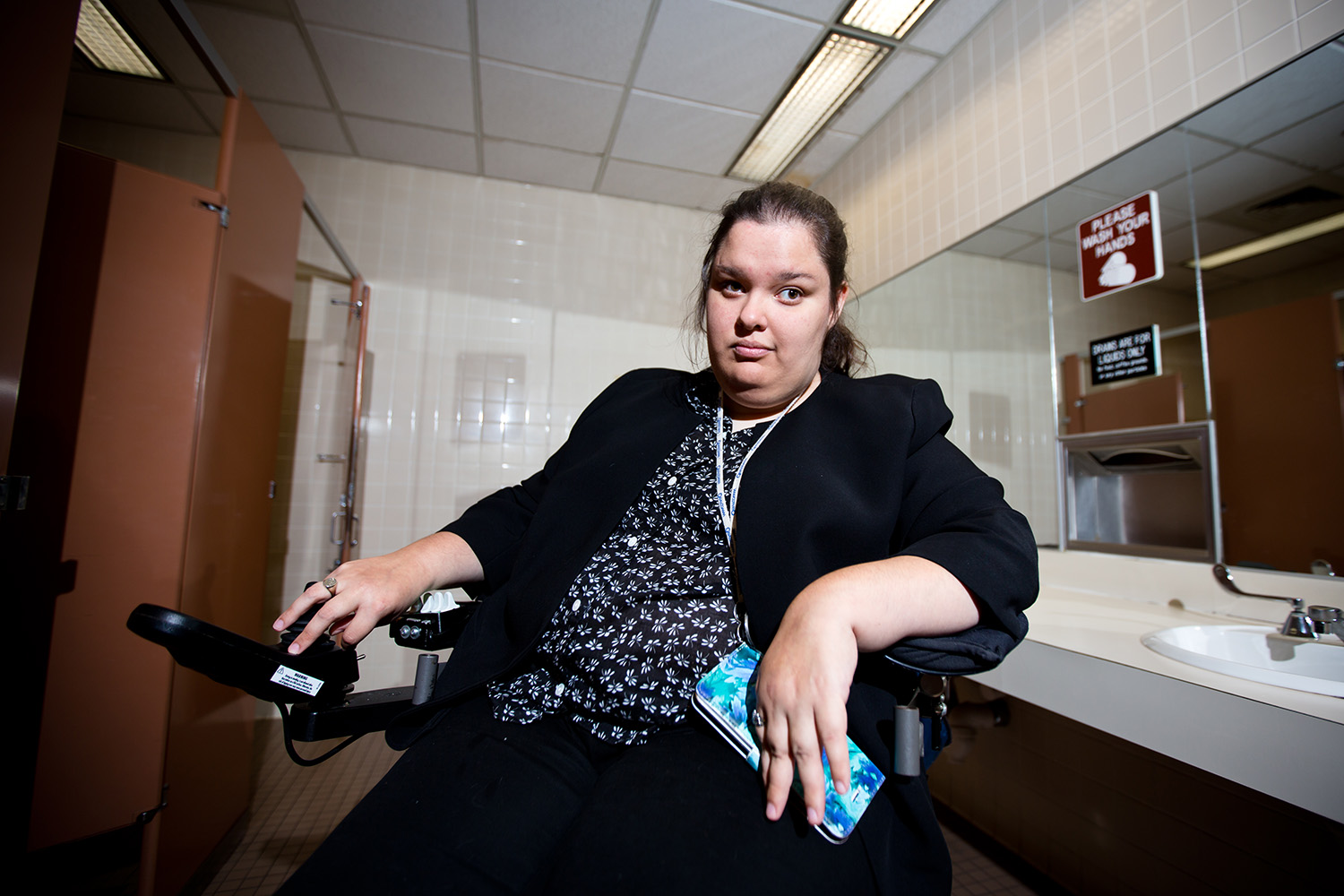 Amy Litzinger, along with many other disabled Texans, is concerned about the implications a "bathroom bill" could have on her and her attendants. Photo by Callie Richmond. See more photos on our Instagram account.

I sometimes use colorful language. I will refrain in this arena but not give up the passionate fight for @realDonaldTrump's agenda. #MAGA

— Anthony Scaramucci, the new White House communications director, in a tweet after his comments on leaks and certain officials in the Trump administration.