The Texas Senate on Monday approved six bills related to Gov. Greg Abbott's 20-item special session agenda — and they're expected to consider another chunk of legislation today. Here's what you need to know:

• A rundown of what the Senate passed yesterday: They approved a couple bills that would increase reporting details and fines about abortion. They greenlit a measure extending the state's maternal mortality task force. They OK'd a bill to study the state's school finance system and another to create a "private school choice" program. And finally, as the sun set, senators backed legislation that would allow for property tax elections in cities and counties across Texas — but only if revenues exceeded 4 percent of what was taken in the year before. All six bills need a final stamp of approval before they can head to the House, which the Senate is expected to do today.

• Meanwhile, across the rotunda, the House gave initial approval to its first of two sunset bills during a brief meeting on the floor Monday. If you're keeping track, senators have spent more than 11 hours on the Senate floor since July 18 — the first day the special session began — while the House has met for around 3 hours. But hold your horses —state lawmakers still have a few weeks left on the 30-day clock, and Abbott said Monday he has "increased confidence" that the House will "outperform" on his special session agenda.

• You can expect another long day in the upper chamber today, per Lt. Gov. Dan Patrick. "I expect tomorrow to be a late night," Patrick told senators as they gaveled out Monday evening, suggesting they all get a "good night's sleep" for the work that lay ahead. The Senate and House are both back in business today at 10 a.m., and the upper chamber still has more high-profile issues on its agenda, such as the "bathroom bill" and more abortion-related legislation.

• A House committee will consider a second sunset bill that would fund several key state agencies after the lower chamber adjourns for the day. Follow Texas Tribune reporter Patrick Svitek for updates.

• A man who's set to be executed two days from now has tried everything to stop it — including alleging that his previous counsel committed fraud.

• U.S. Rep. Blake Farenthold said he would consider challenging the three GOP female senators opposing the Obamacare repeal bill to a duel — if they were men from South Texas.

• Remember the Medicaid therapy funding cuts that went into effect in December? Children in Galveston and Hill County will soon be without state-funded speech, occupational and physical therapy services.

• The man accused of driving the tractor-trailer that led to 10 people dying could face life in prison or the death penalty.

Why Texas courts will stop 'nickel-and-diming' the poor, The Atlantic

Trump leaves Sessions twisting in the wind while berating him publicly, The Washington Post ($) 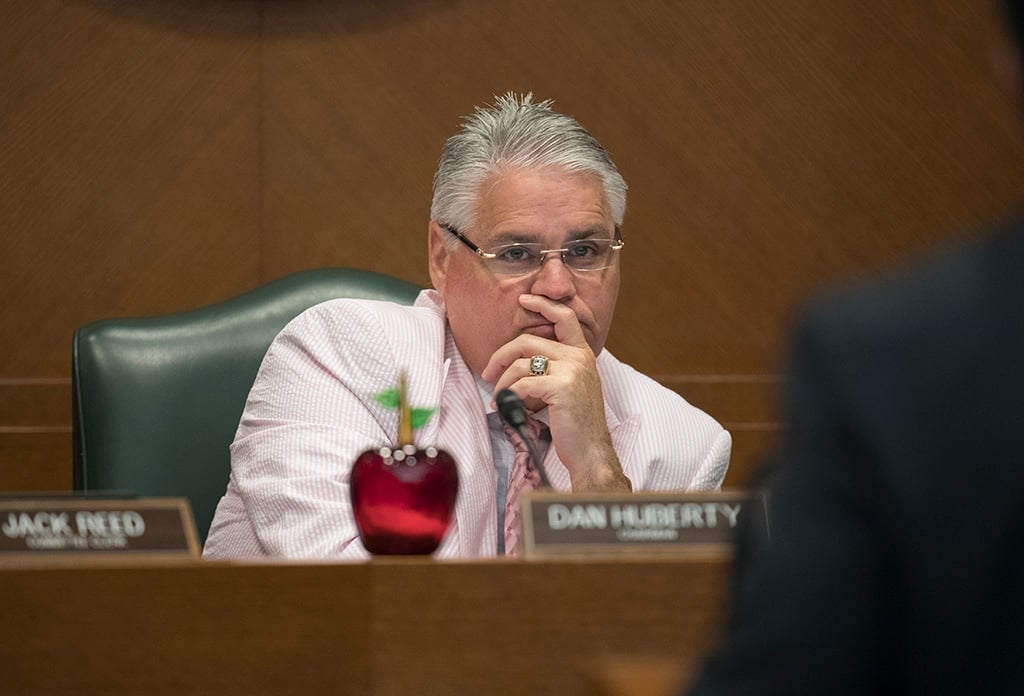 "If it was a guy from South Texas, I might ask him to step outside and settle this Aaron Burr-style."