With the first week of the special legislative session in the rearview mirror, the speedy Senate shows no signs of slowing down. Over the weekend, Senate committees held more than a dozen hearings on many of the 20 items Gov. Greg Abbott wants lawmakers to send to his desk within the next few weeks — everything from the "bathroom bill" to legislation that would outlaw local tree-regulating ordinances. Here's what you need to know:

• Senators also plowed through legislation on local control, mail-in ballot fraud and more. On Saturday, a committee approved a bill that would outlaw local ordinances on using a cellphone while driving and another — one that Lt. Gov. Dan Patrick laid out specifics on earlier this month — to provide long-term teachers bonuses and pay raises and retired teachers reduced health-care costs. On Sunday, panels approved a proposal that would end the state's practice of collecting membership dues for certain public employees in labor unions and associations and a measure aimed at cracking down on mail-in ballot fraud — along with modified versions of legislation that would prohibit towns and cities from passing tree-regulating ordinances and another that would speed up local government permitting processes.

• Does this seem familiar? The Senate speeding through legislation, and the House taking its time, that is. If you nodded yes, writes Ross Ramsey in his column today, then you're not the only one. The special legislative session so far appears to be a rerun of the regular session that ended in May; by Texas Tribune reporter Patrick Svitek's count, Senate committees have already sent 17 of Abbott's 19 items to the full Senate for a vote, not including the critical sunset legislation the upper chamber shot out in the wee hours of the morning last week. Senators could vote on those bills as early as today, sending them to the House for consideration.

• Speaking of the House... The lower chamber today is set to take up the first of two sunset bills that would extend the lives of several state agencies, with the second bill scheduled for a committee hearing Tuesday. Follow Texas Tribune reporters Patrick Svitek and Andy Duehren for updates from the House today.

• From Ross Ramsey: The special legislative session is kind of like the regular session that ended in May. The Senate has a big agenda and is in a rush. The House? Not so much.

• A Democrat from Dallas is running for governor against one of the most popular and well-funded Republican incumbents in recent history. Oh, and he's planning to loan his campaign $2.5 million.

• And the war over local control continues as a new issue bubbles up during the special session: a bill limiting how much money cities and counties can spend.

Join us this morning for coffee and a conversation on Medicaid and Texas with Mark McClellan, former head of Medicaid and Medicare under President George W. Bush. You can also watch the livestream here.

Democrat in The Colony to challenge Burgess for congressional seat, Denton Record-Chronicle 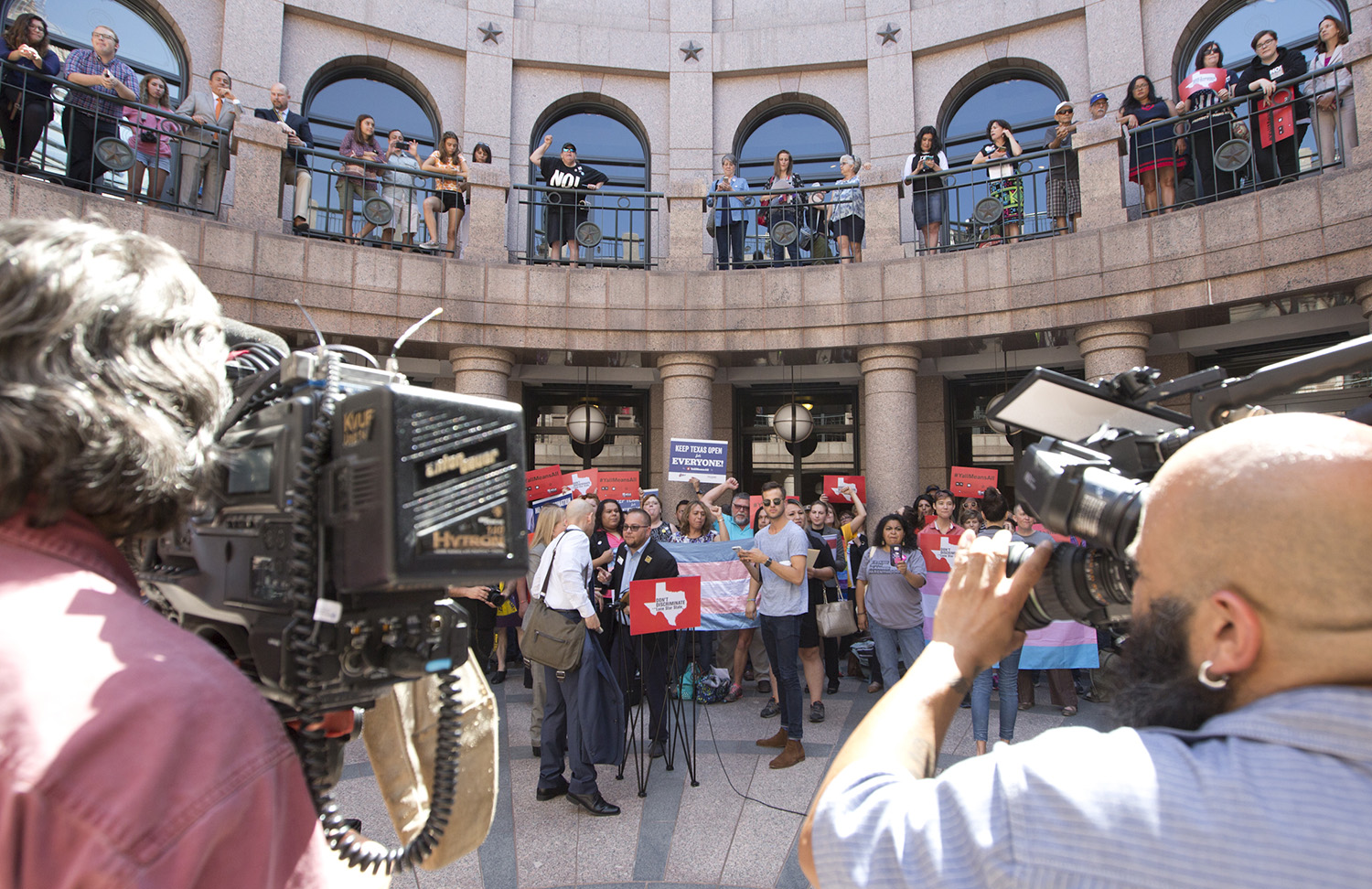 Protesters rally in favor of transgender rights at the Texas Capitol on July 21. Photo by Marjorie Kamys Cotera. See more photos on our Instagram account.

"I am almost begging you. Please do not let the session end with nothing happening."