Republicans in the U.S. Senate pressed the pause button on efforts to overhaul the American health care system Tuesday, announcing that a vote on their proposal — originally set for this week — wouldn't happen until after Congress returned from its July 4 recess. Here's what you need to know:

• In short: "We didn't have the votes. Duh," U.S. Sen. John McCain, R-Arizona, told Politico after Republican leadership delayed the vote, summing up resistance the party faced in bringing the GOP bill to the floor. While Democrats across the board opposed the proposal, moderate and conservative Republicans also expressed concerns, including those representing states heavily reliant on Medicaid or regions with opioid epidemics.

• How did Texas' senators feel about the GOP health care bill? U.S. Sen. John Cornyn, the Senate majority whip, led the vote-counting process and expressed a dose of optimism Tuesday morning, saying a vote on the GOP bill could come up at some point Wednesday. But after a lunch meeting with senators, Cornyn walked his statements back. On the other hand, U.S. Sen. Ted Cruz, had joined at least five other senators in opposing the proposal, asking more conservative changes be made to the bill. "We still got a way to go," Cruz said after the vote delay, adding he believed the Senate could eventually pass the legislation once more discussions — or compromises — happened.

• What's the Senate's next move? President Donald Trump met with several GOP senators Tuesday afternoon at the White House, telling them, "If we don't get it done, it's just going to be something that we're not going to like and that's okay ... But I think we have a chance to do something very, very important for the public." Senate Republicans are expected to rewrite the GOP health care bill over break and return to Washington ready to vote on the new legislation. Of the 52 Republicans in the Senate, at least 50 need to support the measure for it to pass, assuming Vice President Mike Pence casts his tiebreaking vote for the bill.

• After some University of Texas System regents raised concerns over system spending, board members are holding a special meeting in Houston today to start reviewing that spending. Follow Texas Tribune reporter Matthew Watkins for updates.

• Rallies at the Texas Capitol are back — a "die in" protesting the U.S. Senate's GOP health care bill is set to happen this morning, and a pro-LGBTQ rally is taking place later this evening. Follow Texas Tribune reporter Emma Platoff for updates on the latter rally.

• Add the border city of El Paso to the growing list of local governments looking to stop the state's new immigration law in court.

• Texas Agriculture Commissioner Sid Miller — once on President Trump's Cabinet shortlist — said his name has been floated for some vacancies in the administration, and wouldn't rule out joining it, either.

• Two of the three highest-paid public university leaders are from — yes, you guessed it — Texas.

• With 17 legal vacancies across Texas, the Trump administration seemingly hasn't made an effort to fill them yet.

• Remember the lengthy affirmative action lawsuit against UT-Austin that failed last year? The man who headed that effort is back with another plan to take the university to court.

Over the wall, Texas Observer

Racial tension in Fort Worth and the task force that will fight it, Fort Worth Star-Telegram

A Time magazine with Trump on the cover hangs in his golf clubs. It's fake., The Washington Post ($) 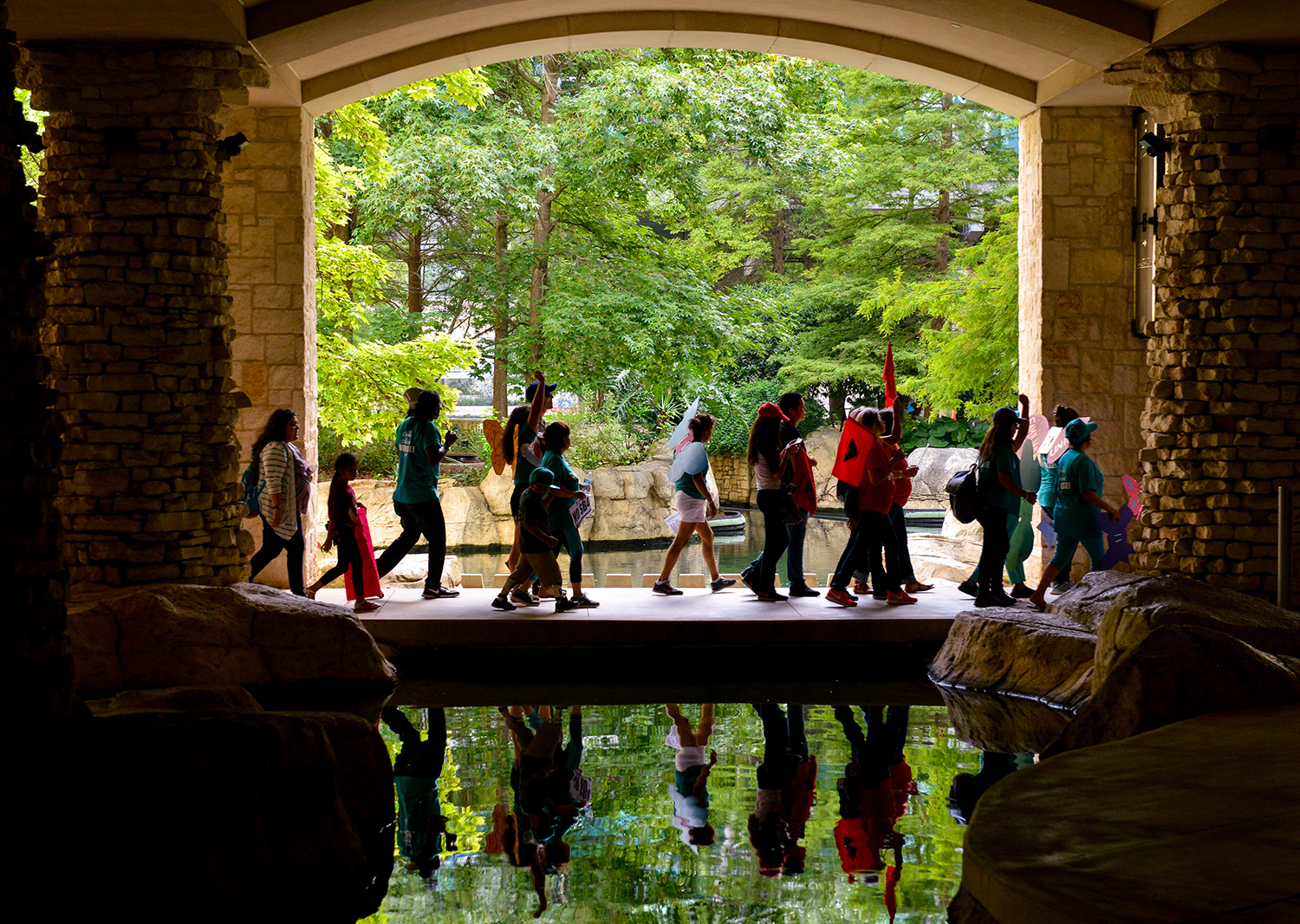 Protesters march near the Riverwalk in San Antonio against Senate Bill 4, the "sanctuary cities" ban, on June 26, the same day a federal judge heard opening arguments from Texas cities and counties challenging the new law. Photo by Robin Jerstad. See more photos on our Instagram account.

"I kind of like being a big fish in a little pond down here in Texas."

— Texas Agriculture Commissioner Sid Miller about potentially being interested in a role in the Trump administration.