Protesters with posters, Democratic officials and immigrants' rights groups descended on a federal courthouse in San Antonio Monday, marking the first skirmish in what could be a lengthy battle over the state's new immigration enforcement law — known as Senate Bill 4 or the "sanctuary cities" ban. Here's what you need to know:

• Litigation's not the "appropriate [place] to decide" this, said First Assistant Attorney General Darren McCarty, speaking in support of SB 4. Attorneys for Texas and the Justice Department said the law — set to take effect Sept. 1 — contained language that was "contextual" and not as consequential as some thought, arguing that the issue had already been settled in 2012 when the U.S. Supreme Court backed a similar state-based provision in Arizona. The measure also wouldn't require an officer to question a person's immigration status, supporters said, but instead allows them the opportunity to do so.

• "We think SB 4 is patently unconstitutional," said Lee Gelernt, an attorney with the American Civil Liberties Union. Opponents of the measure argued SB 4 would unfairly target communities and serve as the opening act for an eventual police state, where local law enforcement could disregard the federal government's authority, and said the law had been rushed through the legislative process, resulting in vague language that was hard to interpret. Penalties that could exceed $25,000 also served as another point of contention for plaintiffs, who said the hefty punishment made it "simply unrealistic for any police officer to take a chance" of violating the law.

• Mexico has its doubts, too. Following Monday's court hearing, the Mexican government announced it was filing an affidavit to express its concerns with SB 4, with the assistant secretary of foreign relations saying the law "further criminalizes the phenomenon of migration."

• U.S. District Judge Orlando Garcia declined to make a decision Monday, and he didn't indicate when a decision might come. Meanwhile, a federal court in Austin is set to consider Texas Attorney General Ken Paxton's request to declare the measure constitutional Thursday.

• The U.S. Supreme court delivered a handful of rulings on high-profile cases — including President Trump's travel ban, a 2010 cross-border shooting death and a Texas death row inmate. Here's what they could mean for Texas.

• How could a Colorado case over "religious refusals" matter to Texas?

• The Texas Republican Party's platform is being touted more boldly by the party's new chairman.

• Despite the issue not being one of the 20 items Gov. Greg Abbott has told lawmakers to address during the upcoming special session, one state senator is trying to resurrect a bill to eliminate vehicle inspections.

Trump's anti-NAFTA stance is on a collision course with natural gas, The New York Times ($) 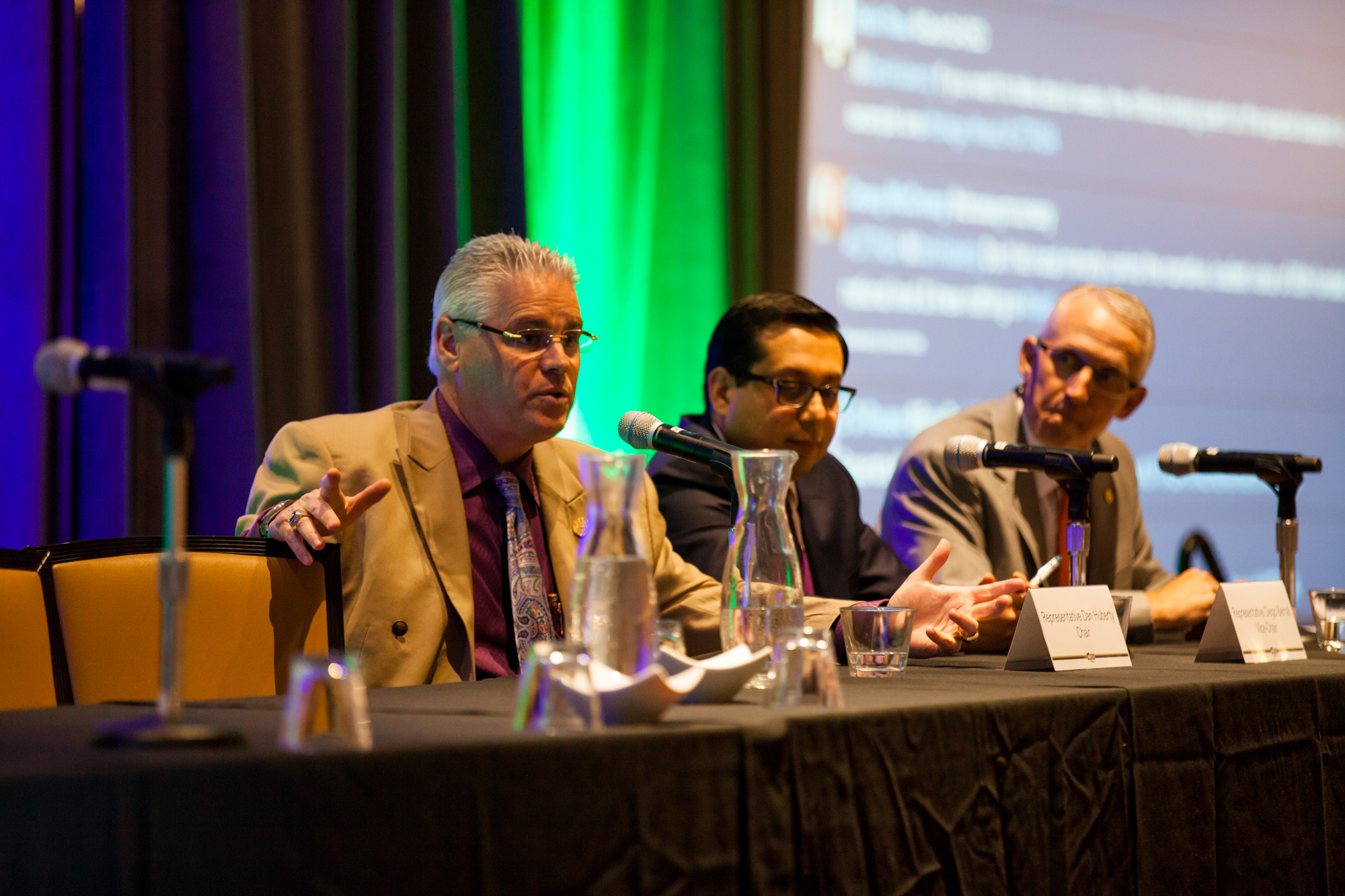 State Reps. Dan Huberty, R-Houston, Diego Bernal, D-San Antonio, and Gary VanDeaver, R-New Boston, discussed the legislative session that ended in May and the upcoming special session at the Texas Association of School Administrators conference in Austin on June 25. Photo by Austin Price. See more photos on our Instagram account.

"The issue is a brewing one ... It’s been going on everywhere."

— Lawrence Sager, a constitutional theorist and the former dean of the University of Texas School of Law, about how a religious refusals case the U.S. Supreme Court is taking up could have important implications for the future of the issue in the state.