After seven weeks of court filings, press conferences and statements, a federal lawsuit over the controversial new immigration enforcement law in Texas, known as Senate Bill 4, will be heard today in San Antonio. Little space and tight security are just two of the several things expected, so follow Texas Tribune reporter Julián Aguilar for updates. Here's what you need to know:

• This fight started while the ink on the governor's signature was still drying. The day after Gov. Greg Abbott signed SB 4 into law, local governments began filing suit over the measure, which allows local law enforcement to question legally detained or arrested people about their immigration status and punishes officials who don't cooperate with federal immigration enforcement.

• Houston joined the growing fight against SB 4 last week. The largest city in Texas on Wednesday added its name to the list of cities opposing the law, saying it violated the guarantees of free speech and equal protection under the Constitution. Other plaintiffs in the lawsuit include Dallas, San Antonio, Austin and several other municipal and county governments.

• The Trump administration has dipped its toes into the legal battle, too. The U.S. Justice Department filed a statement of interest on Friday, arguing the bill is constitutional and valid — a move Texas Attorney General Ken Paxton called "reassuring" in a news release afterward. "I'm grateful for the DOJ's assistance in helping my office defend the lawful Senate Bill 4," Paxton said.

• Today marks the first in what could be a long series of hearings. A lot can happen between now and Sept. 1, when the law is set to go into effect. On the other side of the fight lies Paxton's pre-emptive lawsuit asking a federal court to declare SB 4 constitutional. A court in Austin is set consider Paxton's request Thursday.

Power Trips: We're launching a new series exploring the fight between state and local officials over regulatory power. Ride-hailing was the first issue we tackled, and there were mixed reactions to Texas taking over regulatory control of companies such as Uber and Lyft. Which local control issue should we explore next? Tell us here.

• From Ross Ramsey: Legislators and lobbyists and the other bugs in the corners of the Texas Capitol are already whispering about who might succeed House Speaker Joe Straus.

• The latest episode in the Texas vs. California culture wars — the latter deciding to ban state employee travel to the former — has created a bit of confusion in the realm of college sports.

Democrats are fielding a glut of House candidates in 2018 but remain divided on how to win, The Washington Post ($) 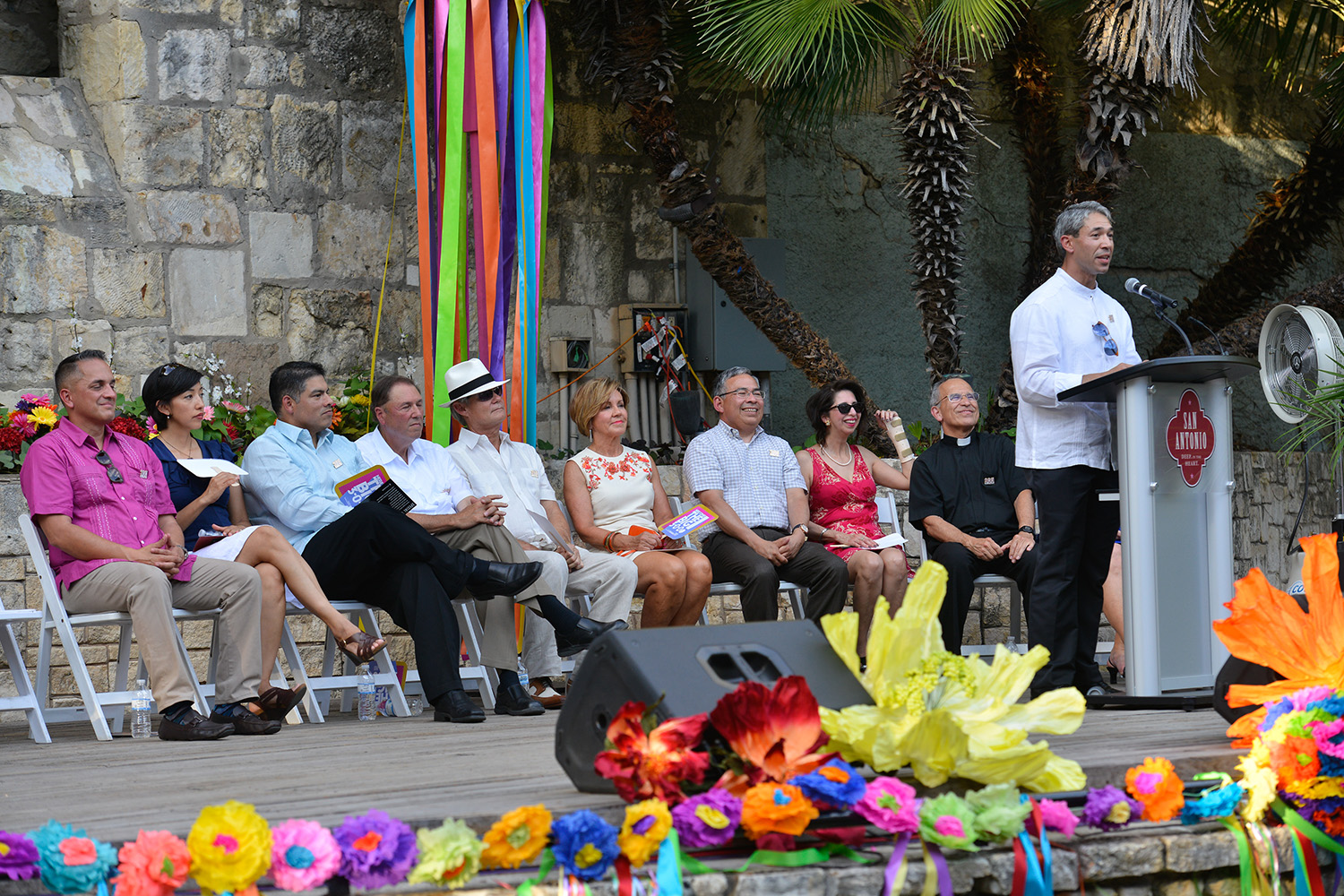 As newly sworn-in city council members look on, San Antonio Mayor Ron Nirenberg speaks to the crowd at his June 21 swearing in at the Arneson River Theater on the San Antonio Riverwalk. Photo by Robin Jerstad. See more photos on our Instagram account.

"I pretty much stand where I stood then."