While Republicans in Congress are in the middle of a health care overhaul debate, one slice of the pie — Medicaid reform — is on the mind of many Texans. Here's what you need to know:

• How did we get here? When the U.S. House passed its version of the GOP health care bill last month, it included provisions that could cut future Medicaid spending by more than $800 billion over 10 years. Some opposed to the House proposal pointed to Texas — where almost half of children in the state receive health insurance through the program — and said the changes would leave less money in the pot. Others, mainly Texas Republicans, said the Medicaid reforms would curb runaway spending and modernize the program.

• The ball is in the Senate's court. The Senate version of GOP health care overhaul is set to be unveiled Thursday, but it's unclear how Medicaid will be addressed in the legislation. A possible hint came Tuesday, when U.S. Sen. John Cornyn, R-Texas, referred to the House plan as paving a path to keeping Medicaid spending increasing "at a sustainable rate." Cornyn has also said the sooner the legislation is voted on the better, adding he wants it to happen before Congress breaks for its August recess.

• A Texas congressman said he took things "a step too far" after accusing former President Bill Clinton of admitting to responsibility in a widely debunked conspiracy theory about the 1993 death of a White House aide.

• From Ross Ramsey: Four days, seven stories, piles of charts and a podcast later, here are five takeaways from the latest University of Texas/Texas Tribune Poll.

• A small ride-hailing nonprofit that popped up after Uber and Lyft left the city of Austin is struggling to survive since the two have returned.

Sen. Cruz to participate in McAllen Fourth of July Parade, The Monitor

Sparks flare at City Council as public testifies on SB 4, The Houston Chronicle ($) 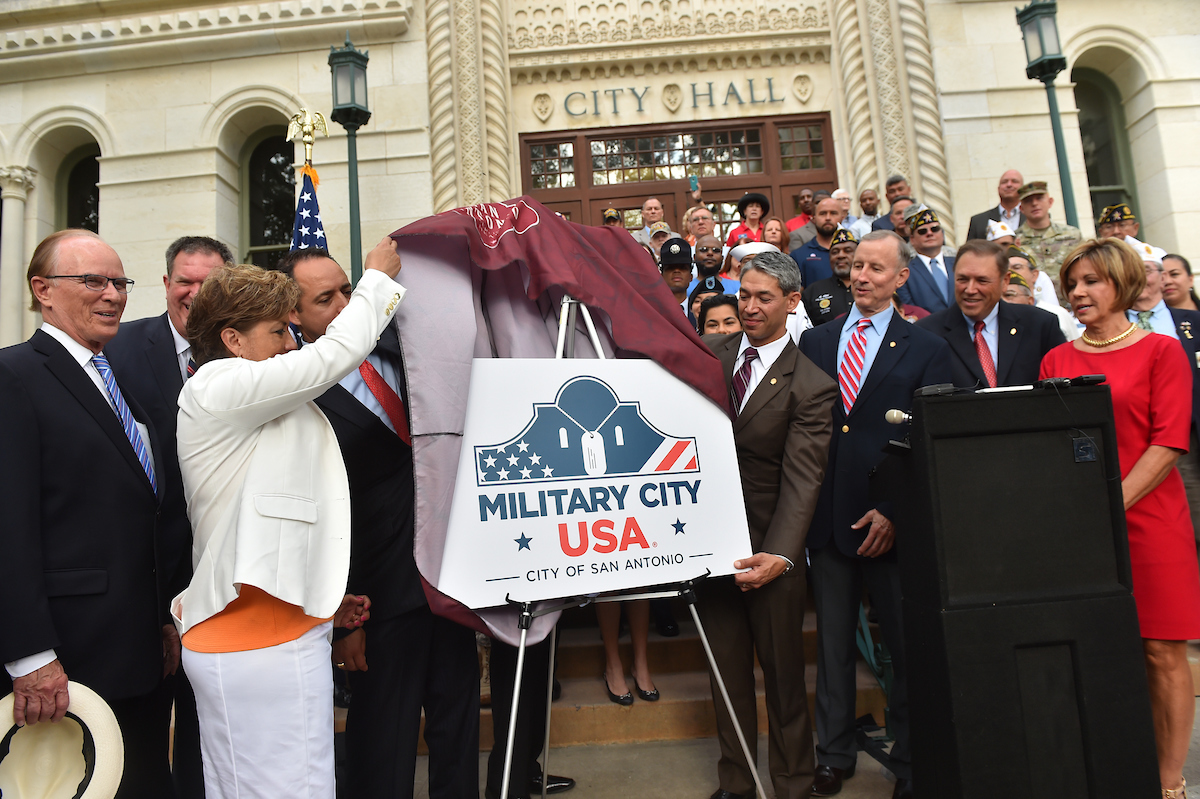 The city of San Antonio has officially trademarked "Military City, USA," which Ron Nirenberg, the city's mayor-elect, and others unveiled a new logo for on June 19. Photo by Robin Jerstad. See more photos on our Instagram account.

"I regret my choice of words."

— U.S. Rep. Pete Olson, R-Sugar Land, about remarks he made accusing former President Bill Clinton of admitting to the murder of a White House aide.