A couple days after the Texas Legislature gaveled out of its regular session, Gov. Greg Abbott is expected to sign a handful of legislation aimed at overhauling the state's embattled child welfare system — an issue he dubbed an emergency item this year. Here's what you need to know:

• Why fix the system? The child welfare system in Texas came under scrutiny after a judge ruled in 2015 that it violated children's rights, and the issue came under a brighter spotlight with news that children in the system were sleeping in CPS offices and the death of a foster care runaway was made public. Since then, state officials and lawmakers have been scrambling to fix it.

• What's the governor signing? Among the four bills Abbott's set to sign into law, one will make the child welfare agency a standalone department — granting it independence from the Texas Health and Human Services Commission — and another will direct the Department of Family and Protective Services to create a "community-based" care model, allowing contracted organizations to monitor children in foster care and adoptive homes and a relative's home.

• The most high-profile contest of the 2017 regular session of the Texas Legislature could be headed into overtime, but there are still plenty of winners and losers who can be crowned from lawmakers' 140 days at the Capitol.

• Have a bill you want to check up on? Here's how to check the Texas Legislature Online website to see if a bill you were following this session survived.

• A Texas appeals court sided with Attorney General Ken Paxton in his bid for a new judge in his securities fraud case.

• From Ross Ramsey: It’s hard to imagine a female Legislature devolving into a parking lot rumble like the one that embarrassed Texas nationally this week.

• Even before the scuffle in the Texas House, state Rep. Matt Rinaldi's seat was high among the 2018 targets for Democrats.

This morning: Join us in person or on our livestream for a conversation with U.S. Rep. Joaquin Castro, D-San Antonio.

Tomorrow: Catch a conversation with UT System Chancellor William McRaven in person or on our livestream. 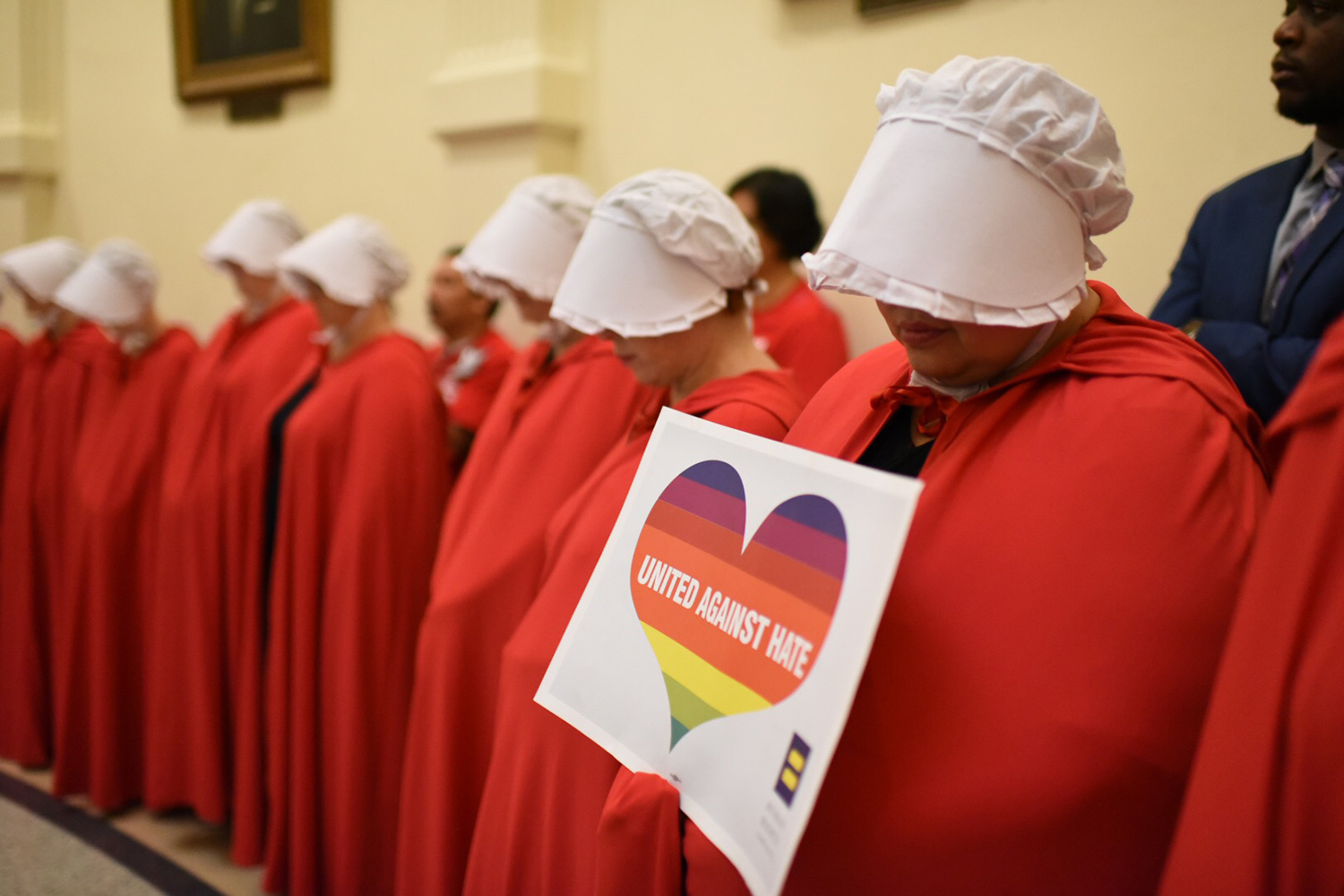 Dressed as characters from the dystopian fiction titled "The Handmaid's Tale," protesters gather in the Capitol on May 29, the 140th — and last — day of the 85th Legislature. Photo by Erika Rich. See more photos on our Instagram account.

"When someone like that shows their true colors, I would say he’s a broken person, and I hope his community back home realizes that when he’s back up for re-election in 2018."