• In a surprising turn of events, a bill that would penalize departments that don't report police shootings failed on the House floor by a single vote.

• Despite high expectations for 2016, there was no surge in Texas Hispanic voter turnout.

• Special education advocates already have one major bill flying to the governor's desk. But they're also looking ahead to smaller bills that might not survive the upcoming deadlines for legislation to pass.

• The House backed a measure that would prevent new foster children from being vaccinated. Discussion over a bill intended to improve the state's Child Protective Services Agency turned into a heated debate over vaccines.

• Texas Attorney General Ken Paxton's lawyers continue to resist. They're seeking to void a number of major rulings in the securities fraud case against him, arguing the judge who made them did not have the authority to do so.

• For the second time in a week, a Texas death row inmate had his sentence tossed out. He will face a parole review instead.

• Several city leaders, county officials and first responders are still not happy with a property tax bill - even after key changes to the legislation.

• Trump's firing of now-former FBI Director James Comey has elicited serious concerns from all Democrats and even some Republicans. But Texas Sens. John Cornyn and Ted Cruz have defended the dismissal.

• There's one less challenger for U.S. Sen. Ted Cruz. Matthew Dowd, a political commentator and former strategist for George W. Bush, won't challenge him with a Senate run in 2018.

Thursday is the last day that House-originated legislation can receive tentative approval in the lower chamber. Lawmakers have until midnight, and today's supplemental calendar in the House is a whopping 25 pages long. The question isn't whether lawmakers will get through it all — the question is how far they'll get.

One important thing to remember: An issue isn't truly dead until lawmakers pack up and leave town. Things can be tacked on to other bills as amendments. There are parliamentary tricks. But after today, things get a lot tougher in the House. Quite a few issues are in deep trouble if they don't pass before tonight's midnight deadline. Here's what you need to know:

• Lawmakers have been moving at a snail's pace all week. On Tuesday, a bloc of conservative members held up the House floor for hours as they bumped bills off the Local & Consent calendar.

• Both parties have been slowing things down. According to the Houston Chronicle, Democrats are attempting to delay a vote on several anti-abortion bills. Republicans want to put off a vote on a bill that'd raise the legal age of smoking.

• Meanwhile, tensions are rising between the House and Senate. State Rep. Harold Dutton Jr., D-Houston, has promised to kill a lot of Senate bills if his "raise the age" bill dies. And the Houston Chronicle reported Wednesday night that the Texas Legislature is close to a "full-blown meltdown."

• Want to watch the proceedings today? Tune in to our livestream page here and follow our reporters here. Grab your coffee (or preferred energy drink) and get comfortable: It is going to be a long day.

Will Texas Republicans suffer for their Obamacare vote?, Texas Monthly 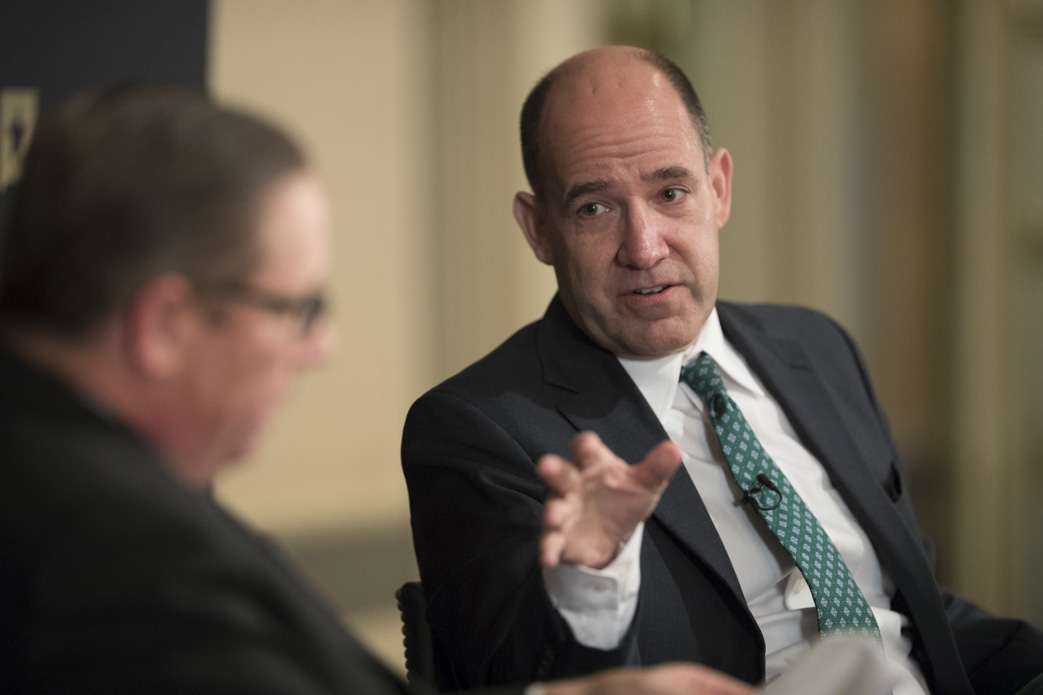 Texas Tribune CEO Evan Smith interviewed Matthew Dowd, a political commentator and former strategist for George W. Bush, on Wednesday morning at the Austin Club. Dowd, who had been considering an independent run against Sen. Ted Cruz, announced that he wouldn’t be challenging the senator in 2018. Photo by Bob Daemmrich. See more photos on our Instagram account.

"I've heard what I think is a phony narrative that he did this somehow to squelch the investigation into Russia, which I don't believe there's any evidence of. But if you assume that, this strikes me as a lousy way to do it. All it does is heightens the attention given to the issue."