• The Texas House approved legislation Wednesday that would overhaul the way the state stows away money for tough economic times.

• A police officer fatally shot an unarmed 15-year-old in the Dallas area Saturday night. Now, Texas lawmakers are pointing to a handful of bills that could prevent similar deaths.

• San Antonio mayor Ivy Taylor looks to fend off two serious challengers in the race for the top job in Texas' second-largest city. She faces a total of 13 competitors in Saturday's election.

• The House is expected to vote today on a high-priority tort reform bill that would make it harder for property owners to sue insurers over weather-related damage.

• "Buy American, Hire American." That's a policy Trump says he stands by. It's also one some Republican lawmakers in Texas are backing as they push forward an iron and steel bill.

• Dallas' troubled police and fire pension fund is one step closer to getting overhauled. The Texas House on Wednesday unanimously gave initial approval to legislation that would try to fix the system.

• The Texas Senate was united in supporting a bill that aims to curb teen suicides by cracking down on cyberbullying.

• The House easily passed a bill overhauling a contentious system for grading schools. If it becomes law, it would also delay implementation of the new system from 2018 to 2019.

• LGBT Texans have some vocal allies. Faith leaders came out to the Capitol to protest bills they see as discriminating against the community.

• A swarm of Texas Democrats are vying for two Republican seats in the House. Two longtime GOP incumbents — John Culberson of Houston and Pete Sessions of Dallas — will have to fend off competitors.

• Veterans don't need to worry about major changes to Hazlewood, a program that offers free college tuition for them or their kids. The House Higher Education Committee approved a bill that would only make minor tweaks.

A bill that would outlaw "sanctuary" policies is one step closer to becoming law. The Texas Senate voted to accept the House's version of Senate Bill 4 Wednesday, dampening the hopes of protesters who continued to fight it. The bill's next stop: the governor's desk. Here's what you need to know.

• SB 4 is a priority for Gov. Greg Abbott. He declared the bill an "emergency item" at the onset of the legislative session and is widely expected to sign it. He tweeted Wednesday night that he was "getting my signing pen warmed up."

• A controversial House amendment, tacked onto the bill last week, changed the bill to no longer require lawful arrest as a prerequisite for police inquiring about immigration status. Detainment would be sufficient grounds for law enforcement to ask about someone's legal status.

• Lawmakers clashed over interpretations of the bill as a "show-me-your-papers"-type of legislation. Rep. Charlie Geren noted SB 4 doesn't require officers to ask about the immigration status of a person who has been detained or arrested. But the bill's language does allow them to do so. 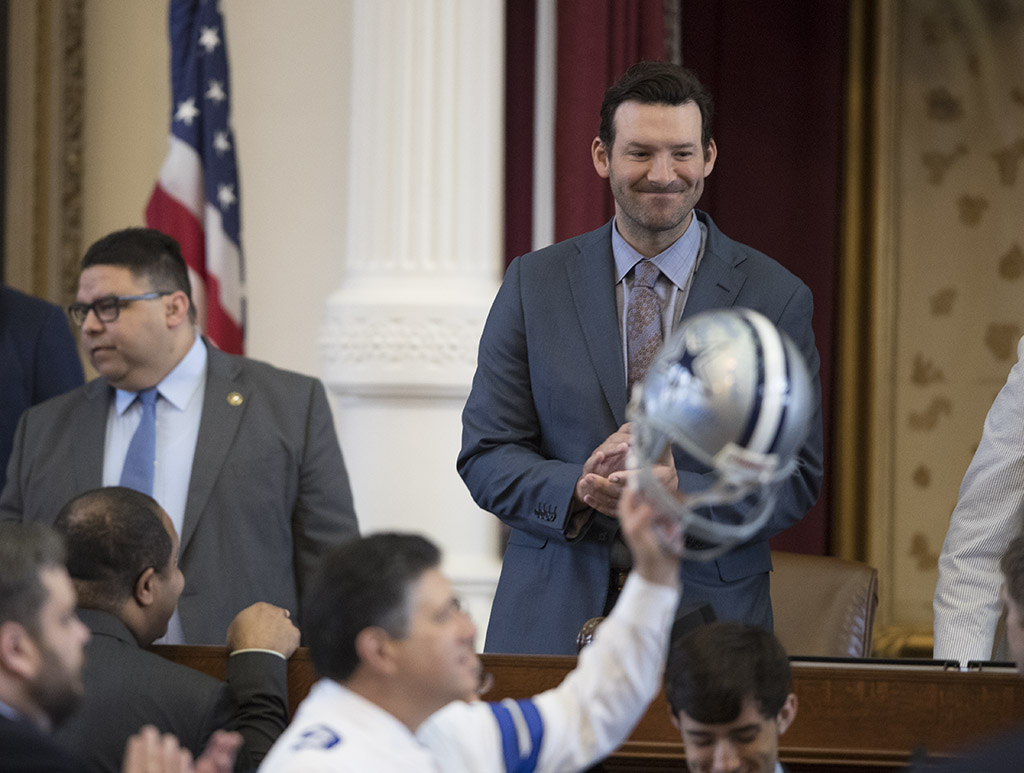 "We certainly don’t want 'walking while brown' to lead to reasonable suspicion. It will happen. And in some parts of my district, it already is happening."