• A bill on the Texas House floor today would require students to pass a version of the civics test immigrants must take when applying for U.S. citizenship. How well would you do? Take our quiz and find out.

• A brief guide to the legislative dark arts as the scramble to pass — and kill — bills reaches its height.

• A Senate panel approved its version of the Sandra Bland Act, which aims to comprehensively reform police and civilian interaction.

• The Texas House tentatively approved a measure that would significantly reduce the fee for a license to carry a handgun.

• "This was not a conspiracy," police said about the stabbing spree that killed one and injured three people on the University of Texas at Austin campus.

A couple of measures tied to one of Gov. Greg Abbott's four emergency items this legislative session — a call for a convention of states to amend the U.S. Constitution — are up for debate on the floor of the Texas House today. The Senate already approved the package of proposals in February, and a House panel gave the same legislation a green light last month. Here's what you need to know:

• Senate Bill 21 and Senate Joint Resolution 38 are up for a vote on the floor. SB 21 outlines the qualifications, duties and limits of Texas delegates if a convention were to happen, and SJR 38 cancels all but one of the Legislature's prior calls for a convention of states — some more than 100 years old.

• The House will debate SJR 2 — the actual call for a convention of states — tomorrow. The resolution calls for amendments to the Constitution to enact term limits for U.S. officials, impose spending limits on the federal government and limit its power — changes that could only be added to the document with the backing of 38 states.

Clinton: 'I was on the way to winning' until Comey, Russia intervened, Politico

How a deal to soften the 'sanctuary cities' bill fell apart, leaving a political bloodbath on the House floor, The Dallas Morning News ($) 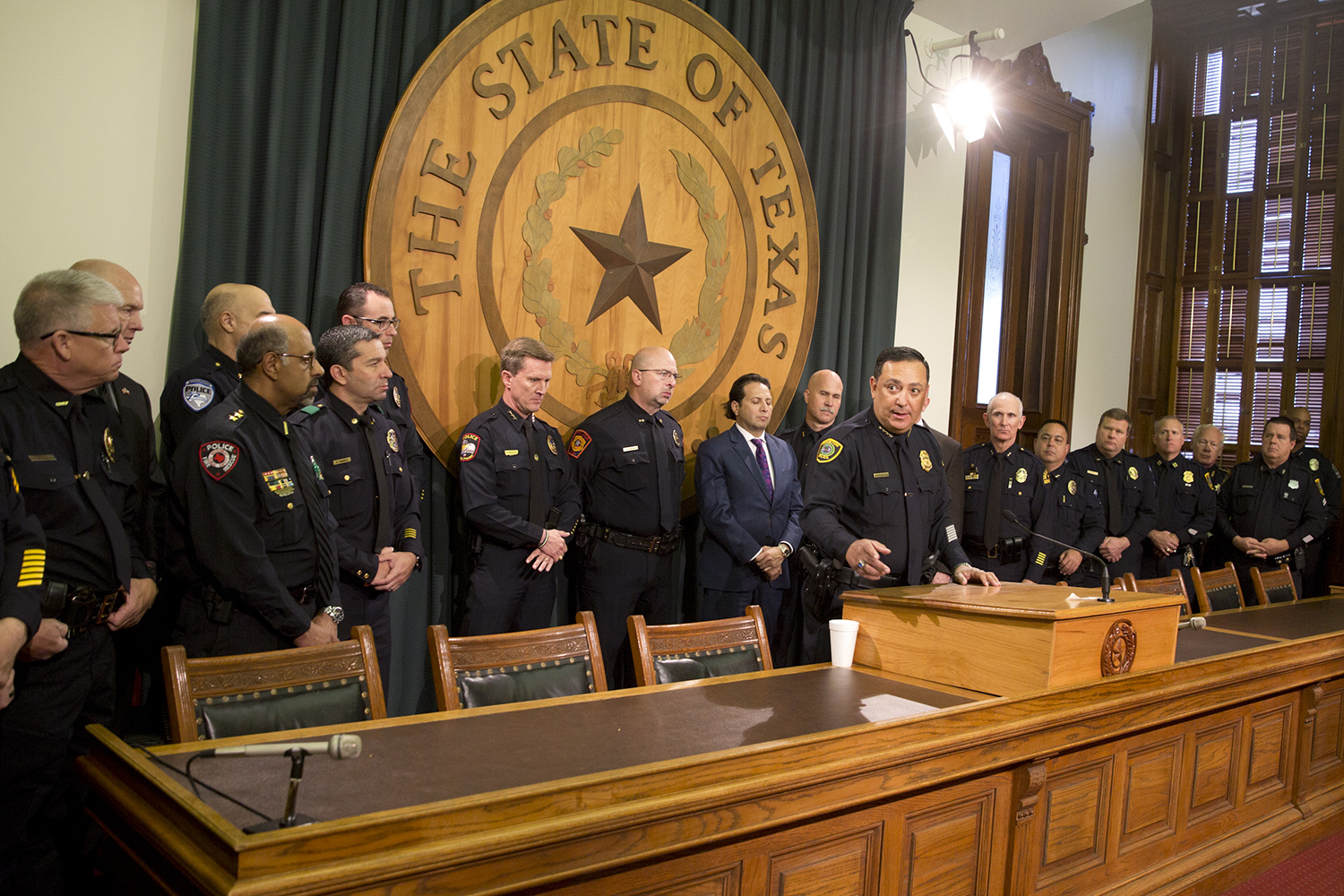 Houston Police Chief Art Acevedo and other members of law enforcement agencies joined state Rep. Poncho Nevárez, D-Eagle Pass, at a press conference to oppose House Bill 1911 — which would allow the permitless cary of firearms — at the Texas Capitol May 2. Photo by Marjorie Kamys Cotera. See more photos on our Instagram account.

"It is hard to comprehend that in 50 years there had never been a violent murder on our campus, and to have two in one year is simply unexplainable."

— Greg Fenves, UT-Austin president, about the stabbing spree on campus.