• Gov. Greg Abbott made it clear last session that he's not afraid to expand his veto authority when it comes to the budget.

• From Ross Ramsey: A state law that's supposed to keep a leash on school tax increases might be preventing temporary tax breaks in the Texas districts with the highest tax rates.

• A new measure signed by President Trump could slash funding for women's health clinics in Texas.

• Rick Perry made his first appearance in Texas since being sworn in as U.S. energy secretary, heaping praise on a $1 billion energy project that captures climate-altering emissions from the state's largest coal plant.

• A House Select Committee considered legislation Thursday that would call for a convention of states to amend the U.S. Constitution.

• Police are investigating an incident at the University of Texas at Dallas after two copies of the Quran were found inside a toilet bowl.

The Texas Alcoholic Beverage Commission's spending controversies landed them in the hot seat at the Texas Legislature on Thursday, where officials spent more than three hours before a House ethics panel.

• The hearing came a week after Texas lawmakers voted to keep state liquor regulators from traveling out of state. “We know, as admitted, we have 69 days of state employees traveling to exotic locations, all paid for by the taxpayer. Actions like this are why people no longer have faith in the government and our institutions,” said Rep. Sarah Davis.

• TABC director Sherry Cook said she could "account for every dime" spent at meetings hosted by the National Conference of State Liquor Regulators.

'Our son made no further progress', Killeen Daily Herald 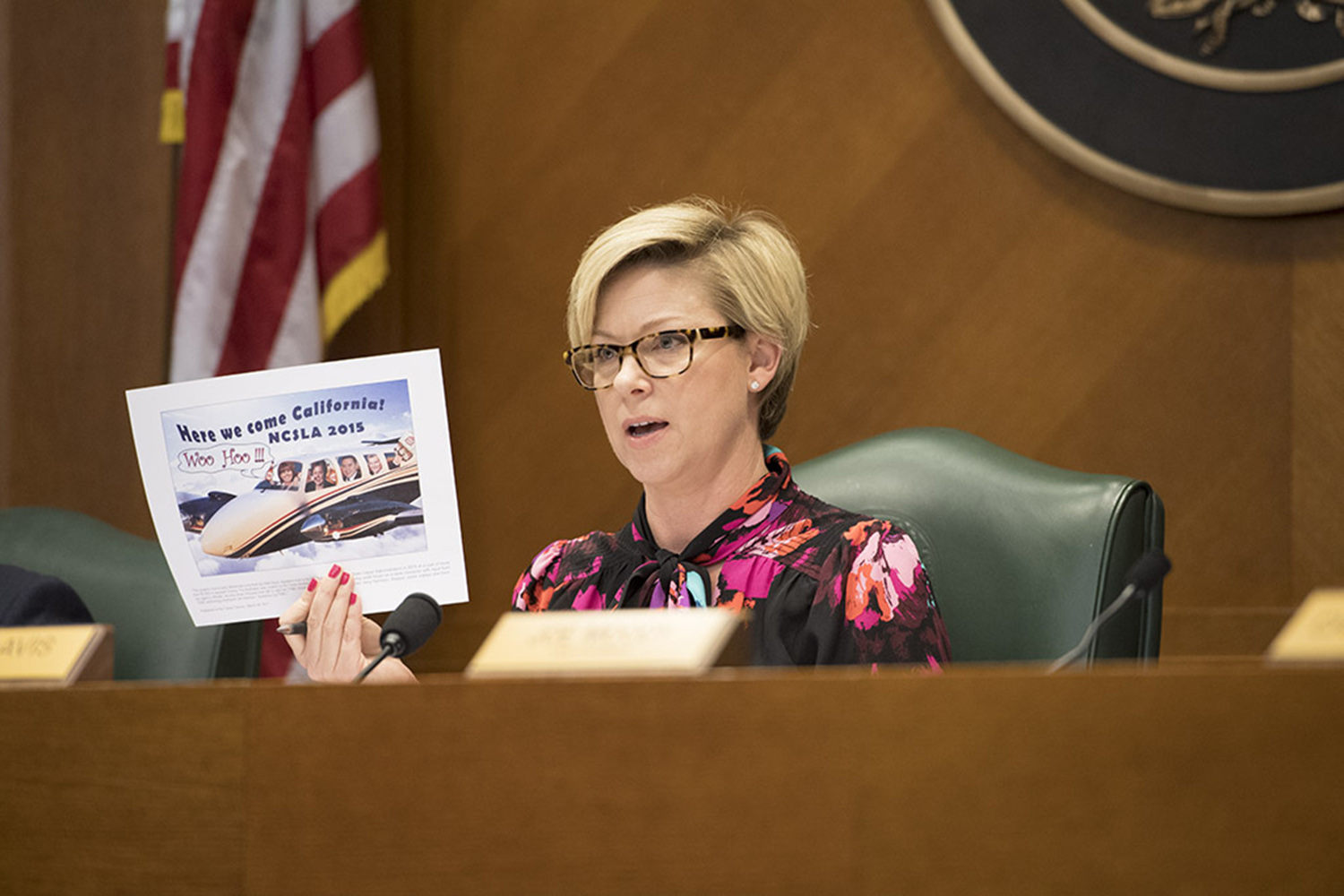 State Rep. Sarah Davis, R-West University Place, grilled TABC officials at a hearing of the Committee on General Investigating and Ethics on Thursday. Photo by Bob Daemmrich for The Texas Tribune. See more photos on our Instagram account.

"The president has made it very clear to me that he does not just want the U.S. to be energy independent; he wants America to be energy dominant, and today’s opening is just another step and another example of that becoming a reality."