Analysis: The party in power in Texas acts more like two parties at war
The leadership battles in the Texas Legislature are often attributed to personalities — or to traditional House-Senate rivalries. But there's another factor: The Republicans in power are from different factions of their party.

Lawmakers to take another look at cutting back free tuition program for veterans' kids
The state is set for another debate about the cost of a program that provides free tuition to children of military veterans.

Ted Cruz sends school choice letter to every Republican in Texas Legislature
U.S. Sen. Ted Cruz sent a letter to state lawmakers Thursday urging them to make Texas the next state that gives parents taxpayer dollars to send their children to private or religious schools, or educate them at home.

University of North Texas System chancellor retiring after 15 years
During Lee Jackson's tenure, the UNT system expanded from two campuses to four, and as of last fall, more than 40,000 students were enrolled there.

Paxton asks to intervene in Dallas County immigration case
The Texas attorney general’s office has asked a federal court for permission to intervene in a case about whether a county jail can hold undocumented immigrants for transfer to federal custody and subsequent deportation.

Legislators and advocates looking to increase charter school funding are facing an uphill battle this session. Six lawmakers are pushing bills at the Capitol to increase per-student funding for charter schools — a move, they say, that would more closely match state spending on traditional schools.

Media the enemy? Trump is sure an insatiable consumer, AP

Suspect held in connection with mosque fire, The Victoria Advocate

The rise, then shame, of Baylor Nation, The New York Times ($)

A bill to decriminalize marijuana is getting a hearing in the Texas House, San Antonio Express-News ($) 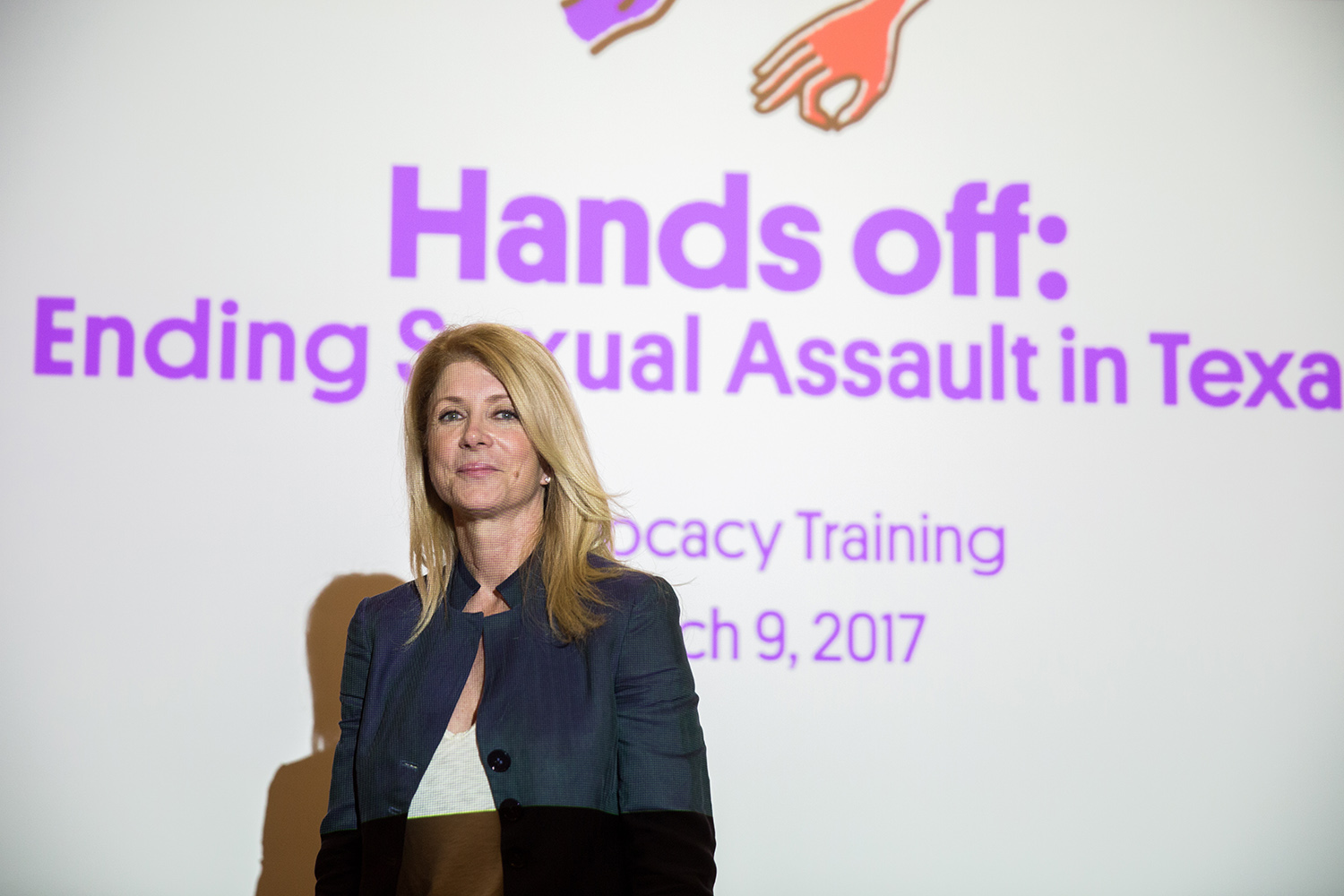 Former Texas Sen. Wendy Davis spoke to students at the “Not On My Campus" event at UT-Austin on Thursday night. Photo by Shelby Knowles. See more photos on our Instagram account.

"We're not the wine police... But it's an uphill battle because there are already other wineries who have come through and tried to pull wool over people's eyes."

— Chris Brundrett, a Texas grape grower and winemaker, on why he supports a bill filed at the Texas Capitol that would require that Texas-labeled wines be made from 100 percent Texas-grown grapes, rather than 75 percent under current law.