With money tight, will Texas leaders use the state’s savings account?
Facing a shortage of cash, will Texas lawmakers tap the $10 billion piggybank known as the Rainy Day Fund?

Clinton to speak in Houston in April
Hillary Clinton is coming to Texas for one of her first political appearances since her devastating defeat in the presidential election last year.

At Planned Parenthood fundraiser, Bush daughter emphasizes group's importance under Trump
Barbara Pierce Bush, the daughter of former President George W. Bush, insisted that the work Planned Parenthood is doing is especially important after a changing of the guard in Washington.

Businesses line up against Dan Patrick's high-priority insurance bill
Legislation that would make it harder for people to recover damages after an insurance claim has hit a wall of opposition from business interests.

Expect fewer man-made earthquakes in Texas, federal agency says
The odds that a man-made earthquake will hit Texas this year have plummeted, according to new risk projections from the U.S. Geological Survey that are based on the amount of seismic activity that's occurred here in the past few years.

Texas House, Senate unanimously pass measures overhauling child welfare system
After months of calls from advocates to take drastic measures, both chambers unanimously passed bills on Wednesday that would change how the Texas Department of Family and Protective Services cares for vulnerable children.

UT System says it won't proceed with Houston campus
The University of Texas System has decided to scrap its controversial plans to build an educational and research facility in the city of Houston.

Rep. Garnet Coleman, D-Houston, will lay out the "Sandra Bland Act" at a noon press conference Thursday. Coleman has said his act would affect how law enforcement and corrections personnel deal with race, poverty, mental health, and accountability.

Amplify Austin, Central Texas’ day of giving, begins today! If you think The Texas Tribune’s nonpartisan, watchdog journalism brings value to you and your community, then please consider donating to our 501(c)(3) nonprofit newsroom here.

When an unthinkable crime shatters a family, a father is forced to confront the emotional wreckage, The Dallas Morning News

Mega-rich conservative donors are behind Texas' obsession with amending the Constitution, The Dallas Morning News ($)

How Trump will hurt my border town, The New York Times ($)

Bring your friends and join us for happy hour and conversation about the Texas Legislature at "On the Record" at The W Austin Records Room Tuesday, March 7. 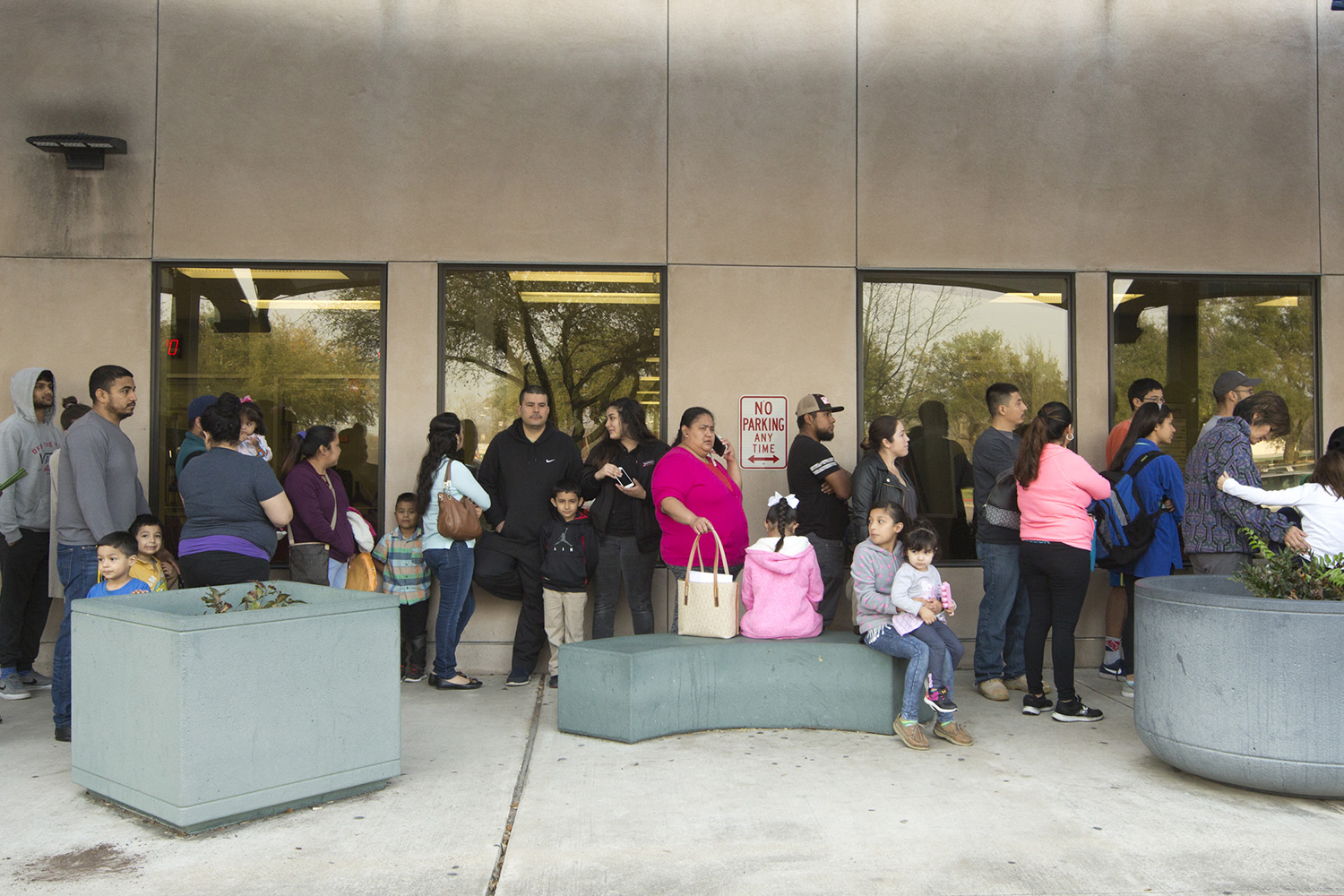 Fearing deportation, immigrant families are crowding passport lines across Texas as undocumented parents seek U.S. passports for their American children. “We’re here to get our kids passports, in case they kick us out.” Photo by Marjorie Kamys Cotera. See more photos on our Instagram account.

"For ICE agents to detain someone in family court when she is seeking an order of protection against her abuser flies directly in the face of both the letter and the spirit of these laws and punishes the very victims these laws were designed to protect."

— Negar Katirai, law professor at the University of Arizona, about the the ICE arresting and detaining an immigrant victim of domestic violence in El Paso via TribTalk