Editor's note: If you'd like the brief in your inbox each weekday, you can sign up here.

Officials from Immigration and Customs Enforcement say more than 50 people were arrested and detained this past weekend in a "targeted operation.” Officials say they were looking for specific people who have "failed to honor a deportation order or because they have a DWI-related warrant or because of domestic violence."

But according to the Austin-American Statesman, some immigrant parents are keeping their children home from school. And in at least one instance, a case of mistaken identity has led to a family crisis.

The Justice Department is taking a step back from efforts to protect transgender people under existing law, BuzzFeed News

Joaquin Castro-filed resolution could lead to Trump impeachment: 'No president is above the law', San Antonio Express-News 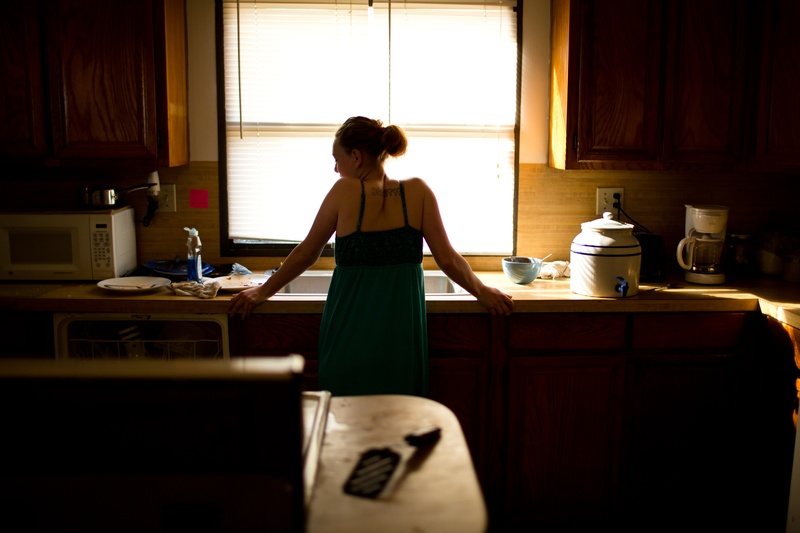 After being sold for sex as a teen, Jean, now 21, says she is attempting to rebuild her life in East Texas, starting with getting her GED and driver’s license. Jean's father sexually abused her for years before Texas put her in foster care. Then she shuffled from home to home before turning to a pimp for the stability that eluded her. Photo by Callie Richmond. See more photos on our Instagram account.

"A discriminatory religious test to determine entry after refugees have already escaped the worst forms of persecution is not in keeping with who we are and what we believe."