Analysis: Greg Abbott and the $200 million bully pulpit
Talking — the bully pulpit, as Teddy Roosevelt called it — is one of the biggest powers available to a Texas governor. Greg Abbott is trying to trim the state budget with a speech.

Texas A&M raises tuition — but only for out-of-state students
The A&M System Board of Regents voted Thursday to increase its out-of-state tuition at its College Station flagship by up to $200 per credit hour.

Lawmakers mull their strategies as another abortion battle looms
Texas Democrats and abortion rights advocates are strategizing amid mounting worries over what the GOP-led Legislature and federal lawmakers may do in the coming months to further restrict access to the procedure.

Some of the state's most high-profile Democrats met recently behind closed doors to begin planning for the 2018 midterm elections. Here's your peak behind the curtains:

Trump wants to force pipeline companies to 'buy American,' but that might not be possible, The Dallas Morning News ($)

On Feb. 13, join us in person or online for a conversation with U.S. Rep. Filemon Vela, D-Brownsville, at The Austin Club. 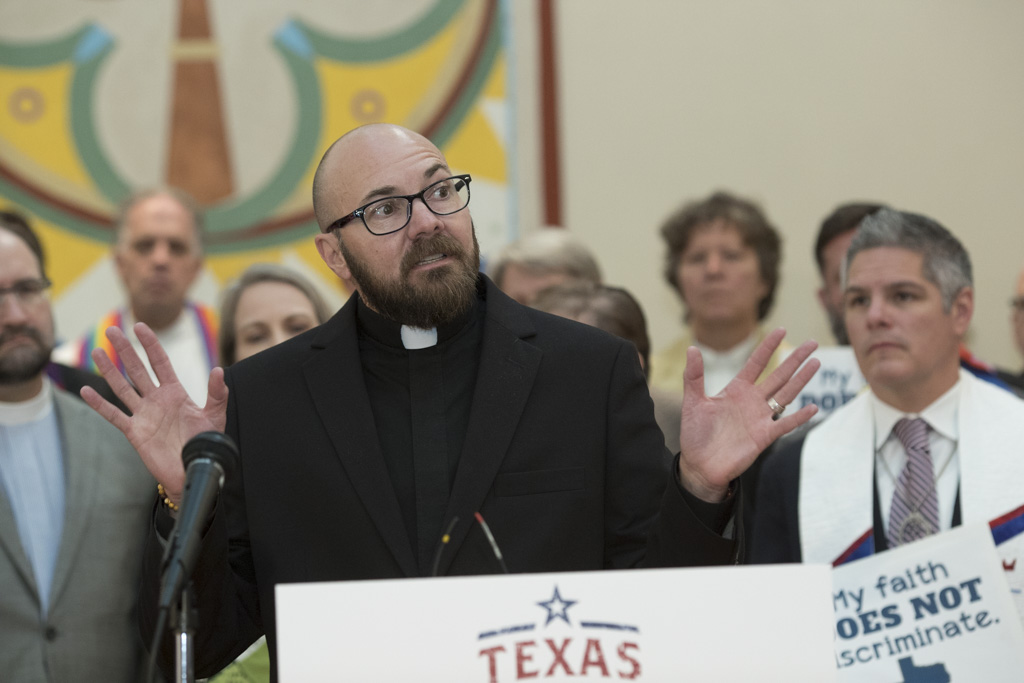 Rev. S. David Wynn of Fort Worth, who identifies as a transgender male, speaks at a press conference in Austin Feb. 9 to oppose anti-LGBT discrimination bills filed during the 2017 legislative session. Photo by Bob Daemmrich. See more photos on our Instagram account.

"In fact, there are people who spend more time in jail or state hospitals awaiting competency restoration than they have spent serving maximum sentences for their crimes."

— David Lakey of UT System and Octavio Martinez Jr. of UT-Austin about mental health care in Texas via TribTalk