Texas Senate gives preliminary approval to anti-"sanctuary" legislation
After an afternoon of debate, the Texas Senate late Tuesday voted 20-11 along party lines to advance a controversial immigration measure to ban sanctuary cities in the state.

Texas legislators urged to "get it right" on child welfare at rally
Standing in front of the Capitol in 80-degree heat, attendees gathered at a rally sponsored by Child Protection Roundtable of Texas and the Texas Home Visiting Coalition urging legislators to make long awaited changes to how the state handles abused and neglected children.

Trump invites speculation after offering to "destroy" Texas senator
President Donald Trump invited a wave of speculation Tuesday at the White House when he volunteered to "destroy" the career of an unnamed Texas state senator in response to a state sheriff's complaint about the lawmaker.

High-speed train developer withdraws lawsuits against Texas landowners
Texas Central says it will return to negotiating with property owners whose land may be needed for a rail line from Dallas to Houston, rather than seeking a court order to survey the land.

In a 20-11 party line vote, the Senate preliminary approved legislation Tuesday night that would ban sanctuary cities in the state, penalizing local governments that don't work with federal officials to enforce immigration laws.

Rounding up votes for the Senate's 'bathroom bill,' The Houston Chronicle ($) 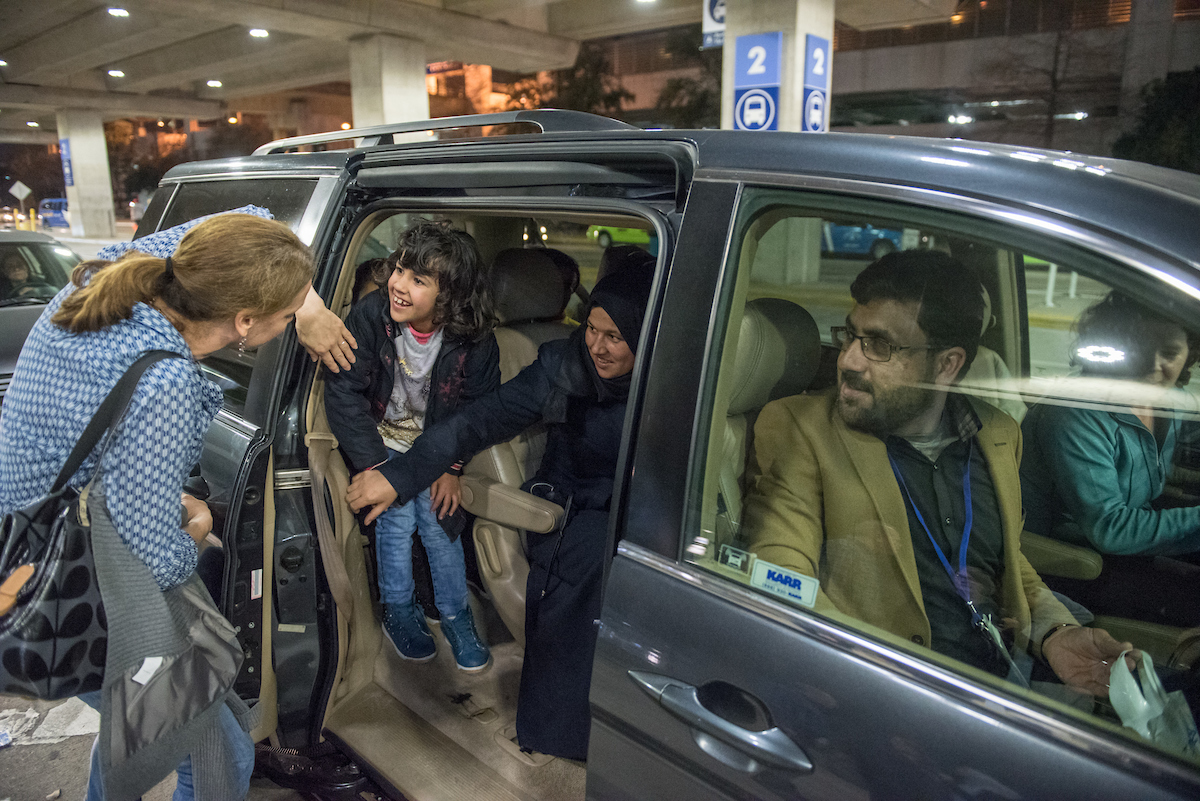 For the Almohammad family, who arrived in Austin from Syria late Monday, a hold on President Trump's refugee ban meant they were finally able to reach Texas and meet the volunteers who would help them call the state home. Photo by Erika Rich. See more photos on our Instagram account.

"Taking the position that we only have the funds for CPS costs and not for prevention would be the equivalent of making minimum payments on a high-interest credit card because we don’t want to touch our savings account. That would be madness."

— Madeline McClure of TexProtects via TribTalk