In South Texas, fire-ravaged mosque seen as symbol of unity
Victoria's Muslim community is getting a lot of help picking up the pieces of its burned-down mosque, which has emerged as a symbol of unity amid a time of national fear and discord.

Analysis: Rising criticism threatens one-punch voting in Texas
Most states have dropped straight-ticket voting, but not Texas. There's another attempt coming in the current legislative session, and it's got some high-level supporters.

Gov. Greg Abbott lays out emergency items (video)
The Texas governor delivered his State of the State address to legislators this week, and he also made good on his pledge to cut funding to the Travis County Sheriff’s Office.

Protesters flood Texas Capitol as committee debates sanctuary cities bill
Hundreds of opponents of a controversial immigration proposal descended on the state Capitol Thursday as senators began the process of getting the bill to the governor's desk.

What you need to know today

Tragedy struck the South Texas town of Victoria six days ago when the community's mosque, a 16-year-old spiritual center for roughly 40 Muslim families, went down in flames. Nothing remains but memories and ash — and a community working to rebuild what was lost.

Welcoming the stranger: Faces of the refugee crisis, Texas Monthly

Homeland Security chief: Parts of border wall will be transparent, The Hill

For a complete list of upcoming events, visit our site. 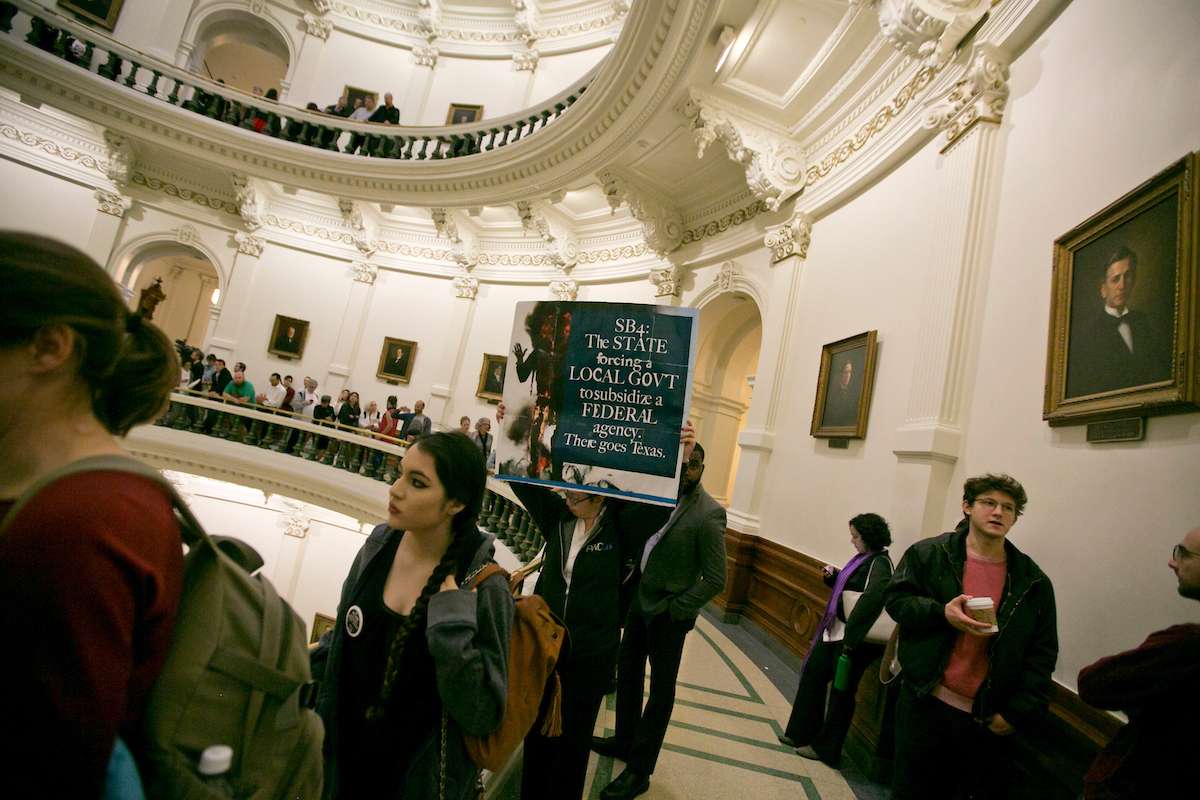 Hundreds of people opposed to Senate Bill 4, a controversial proposal to end "sanctuary cities," arrived at the Texas Capitol on Thursday to testify before the Senate committee on State Affairs. Photo by Marjorie Kamys Cotera. See more photos on our Instagram account.

"Today, a concerned parent can upload images of a child's skin condition for evaluation by a dermatologist instead of waiting weeks for an appointment. In areas with few or no psychiatrists, people can get the help they need through telemedicine. And innovative providers are using telemedicine to monitor post-op patients and those with chronic illnesses."

— Bill Frist, Teladoc board member and former U.S. senator, on benefits of telemedicine via TribTalk