Representatives from Uber and Lyft urged lawmakers to adopt statewide regulations for the ride-hailing industry during a Texas Capitol hearing on Wednesday, citing what they called burdensome local ordinances that have driven them to leave Austin and other Texas cities.

The companies fielded pointed questions from members of the House Committee on Business and Industry about safety concerns and how local regulations, like those in Austin, impact their operations.

"I think we first need to recognize the obvious: Technology is changing our lives," said committee chairman René Oliveira, D-Brownsville, at the start of the hearing. "These changes are going to be very profound; you've already seen that in Austin ... but this is not just an Austin, Travis County issue."

Currently, regulations for ride-hailing companies are handled on a city-by-city basis. The Legislature discussed potential regulations during the 2015 session, but those bills failed to gain any traction. Now, several months ahead of the next session, lawmakers are revisiting the issue after Austin citizens voted in May to keep in place a requirement for ride-hailing drivers to undergo fingerprint-based background checks.

After the election, Uber and Lyft ceased operations in the city and are taking their fight to the Legislature.

"Statewide legislation is a path to providing consumers, drivers and visitors a consistent experience if they choose to download the Lyft app, open it on their phone and request a ride," Rena Davis, a public policy manager for Lyft, told the committee. "This body has a role in ensuring the safety of Texans across the state by establishing a clear, workable regulatory framework that can be applied to all [transportation network companies] regardless of size and cities of operation."

So far, the approach of Uber and Lyft has been to pull out of cities that pass regulations they don't like. Both companies closed up shop in Galveston, Corpus Christi and Midland over rules requiring drivers to undergo fingerprint background checks — although Midland's rules have since changed, drawing Uber and Lyft to return.

Oliveira said that while he tends to favor local control, "there are some issues that demand state intervention."

"I am neutral on this issue," he said. "What I am concerned about is finding out the necessary facts to determine — is this an issue that the state of Texas should get involved in or is it an issue of local control?"

During the hearing, he asked both Davis and Sarfraz Maredia, the general manager for Uber in Texas, if they had data to support claims that they offer safer rides than taxis. Neither Davis nor Maredia provided specific numbers, to the frustration of the committee.

"I can't believe [Lyft] or Uber doesn't have data that we could look at that involves drivers and what the incident rate is," Oliveira said, referring to the number of violent encounters between drivers and riders.

Both Maredia and Davis assured the panel they would provide lawmakers more information.

"Outdated transportation regulations made it harder for people to request a ride or make money through our platform, and they failed to keep up with the safety advancements offered through our technology," he said.

Both Uber and Lyft highlighted safety features of their apps, which allow riders to see a photo of their driver, the make and model of the car and its license plate number to ensure they are getting into the correct car. Both companies also pointed to GPS tracking software within their apps that follows a rider's movement while they're in an Uber or Lyft. 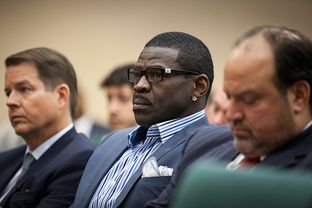 Davis argued that, without Lyft's operation in Austin, the city and its ride-hailing options have become less safe.

"Laws that were insisted upon in the name of public safety are not being enforced," she said. "Many drivers and riders are correctly asking what these last few months of public debate in Austin have been for and what they got out of the deal."

Since the Austin election and the departures of Uber and Lyft, startups and smaller ride-hailing companies have swarmed the city and its newly open market.

One company that has seen success in the capital city is getme, which has offered rides since December. The company's founder, Michael Gaubert, told lawmakers Wednesday the company opposes statewide regulation of fingerprint background checks.

“The notion that there should be a state law ban on fingerprinting is not the correct way to go on this,” said Gaubert, who was joined at the hearing by former Dallas Cowboys player Michael Irvin, whom he described as a close friend.

But lawmakers seemed committed to pursuing some sort of regulation next session, particularly Rep. Jason Villalba, R-Dallas, who cited concerns with the "patchwork quilt" of regulations across the state.

"It may not get to the governor," he said of potential legislation, "but we're going to try something."

Disclosure: Uber and Lyft have been financial supporters of The Texas Tribune. A complete list of Tribune donors and sponsors can be viewed here.