For this week’s nonscientific survey of insiders in government and politics, we asked about your predictions for next week’s runoff elections.

Voters across the state started casting ballots this week ahead of Tuesday's party primary runoff elections. So we decided to ask the insiders to dust off their crystal balls and give their best predictions on how a few of the highest-profile races would fall.

We began by asking about the two runoff contests to decide the Republican nominee in two open Senate Districts, the East Texas-based SD-1 and the Hill Country/Rolling Plains-anchored SD-24.

That would be the only race where the insiders were split, though. In the two House District races where Republican incumbents were forced into a runoff, the insiders broke solidly in favor of those incumbents holding on to their jobs. 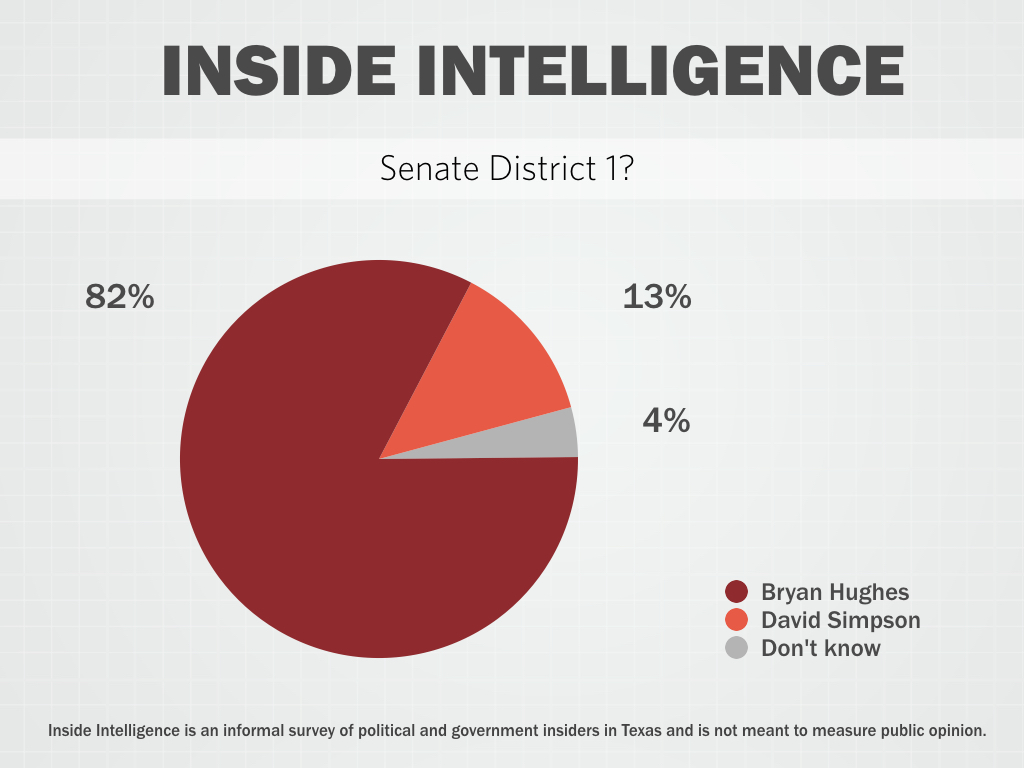 Who wins in the Senate District 1 GOP runoff? 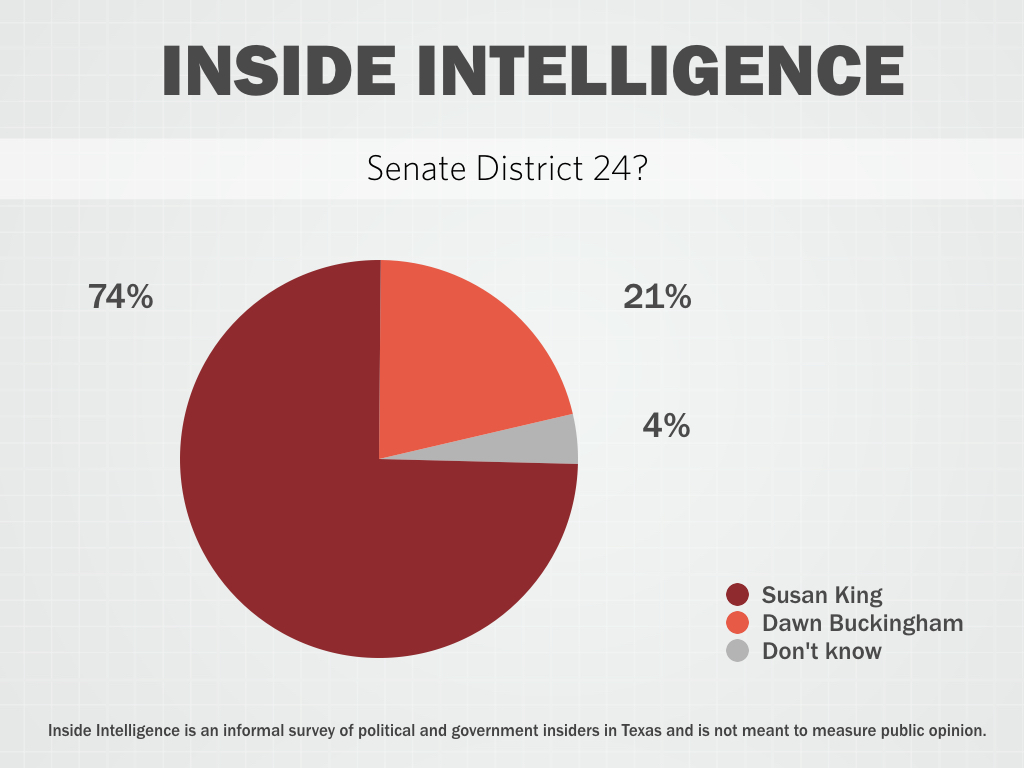 Who wins in the Senate District 24 GOP runoff?

• "Dawn Buckingham is viewed as favorably as a Veterans Administration doctor now."

• "Susan King and her short skirts" 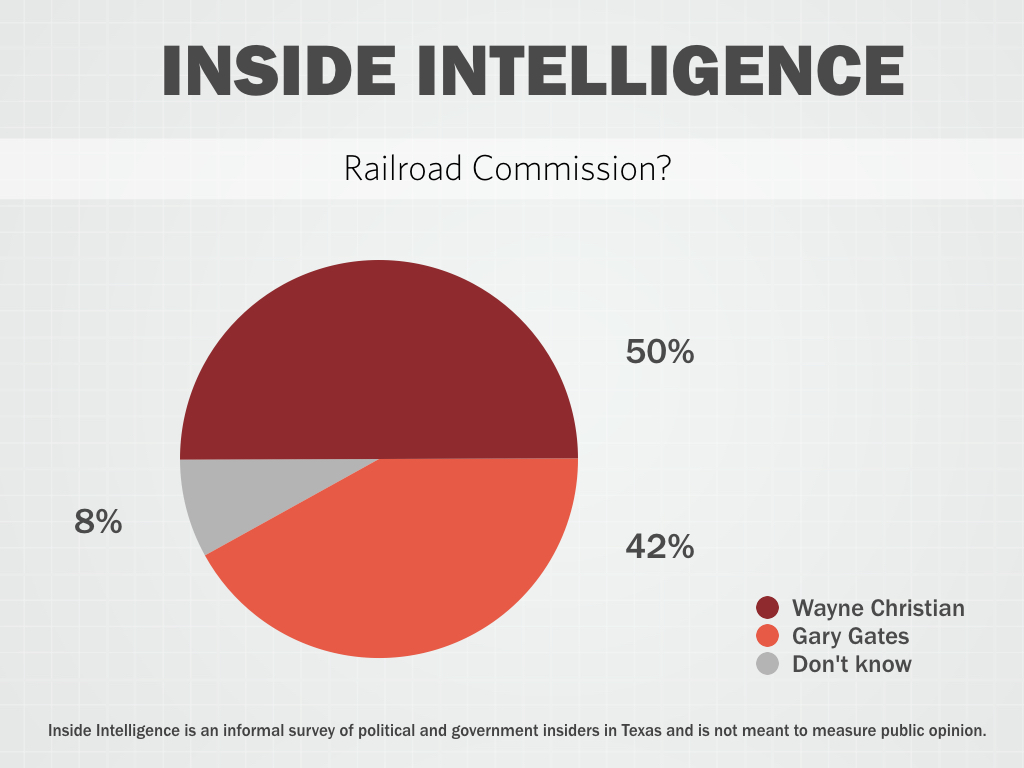 Who wins in the Railroad Commission GOP runoff?

• "Gates. Uses it for higher office. A waste. Wayne would do the job. Industry sat on their ass and were too cowardly to get involved. Wonder why we get lousy candidates? Business is chicken shit. We might take a side and offend someone. A key industry regulator and industry sits it out. Pathetic."

• "How many previous losses for Gates?" 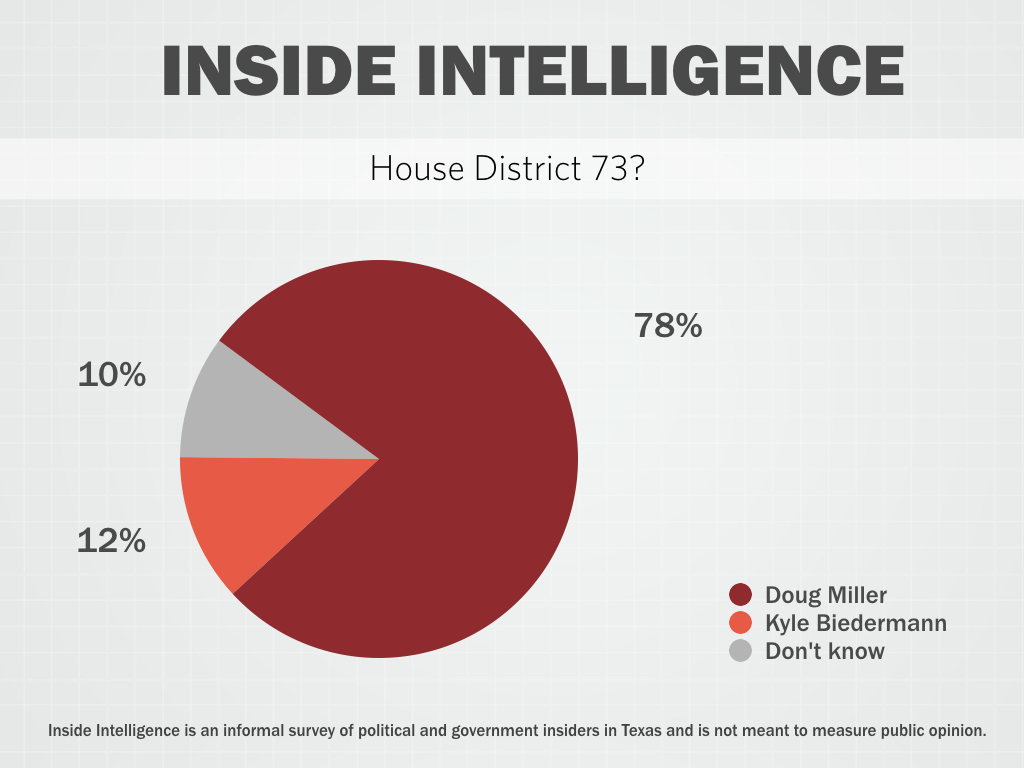 Who wins in the House District 73 GOP runoff?

• "Herr Biedermann will not be in Poland by the spring."

• "The defamation by Miller reveals the man's LACK of integrity." 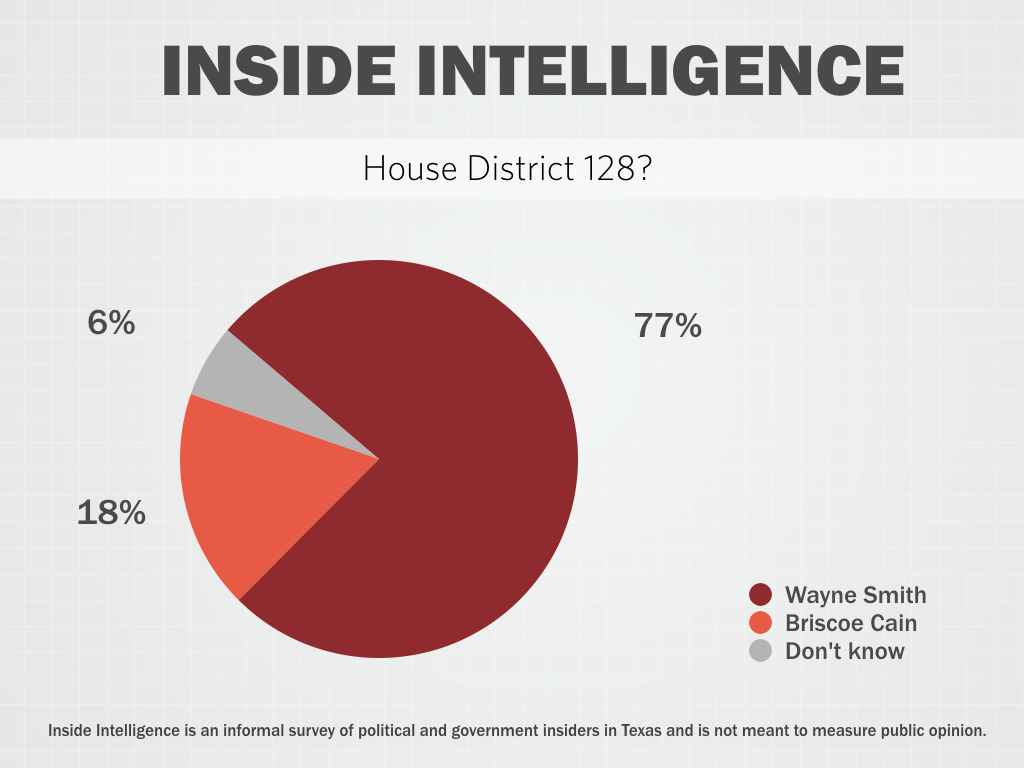 Who wins in the House District 128 GOP runoff?

• "I am SUPER scared on this one — but Smith REALLY needs to pull this one out."

What will be the most notable surprise from the runoff elections?

• "How poorly MQS and Empower performed during this election."

• "Ron Reynolds will win. Why? Because when a Democratic organization like Annie's List recruits a REPUBLICAN woman to run against a Democratic man with a 100 percent voting record — Democrats get pissed. (Yes, he has some personal baggage, but really — you recruited a Republican woman????)"

• "TEA members of the Republican Party are not as strong as pundits think."

• "Yarborough beats Garrett for Democrat nomination for RRC, i.e., they will be picking the least qualified candidate (and least active campaigner) of the original three. This will be the latest sign of the weakness of Democrats in Texas. Texas Dems can't hope to put up a strong challenge in a statewide race until they can get it together enough to pick a strong person to carry their banner."

• "Rock-bottom low turnout will show that nobody cares and that Republicans are deflated due to the Trump Train."