The state's highest criminal court rules on everything from flag-burning bans to DNA testing, and hears appeals for all Texas death penalty cases. Earlier this year, it dismissed a high-profile abuse-of-power case against former Gov. Rick Perry; in the future, it is likely to weigh in on one of Attorney General Ken Paxton's many legal battles.

But candidates for the Court of Criminal Appeals still routinely campaign in virtual anonymity.

“People generally don’t know about the court — what its role is, or what it does,” said Ray Wheless, a Collin County judge running for Place 2. "They also don't know who's on it."

Three of the court's nine seats are up for election this year, and two — places 2 and 5 — will see GOP runoffs on May 24. The candidates are working to define the races on their own terms. One candidate shares a name with a much more famous Republican. Another is accused of being a Democrat in disguise. A third has repeatedly pledged to take a criminal law certification test, which he’s already failed at least once.

Voters across the state are eligible to vote in the Court of Criminal Appeals elections. Here’s the breakdown:

No, not Republican Wisconsin Gov. Scott Walker, who earned national recognition when he ran for president last year. Instead, this race features a different Scott Walker, who launched a Facebook campaign page five days after voting had already started and walked away with 41 percent of the vote in the March primary.

A Dallas-based attorney specializing in veteran disability cases and criminal defense, Walker barely hit the campaign trail. He didn’t respond to interview requests from a single publication. He put his son in charge of sending the occasional email. None of his three primary opponents was sure if he was running at all. 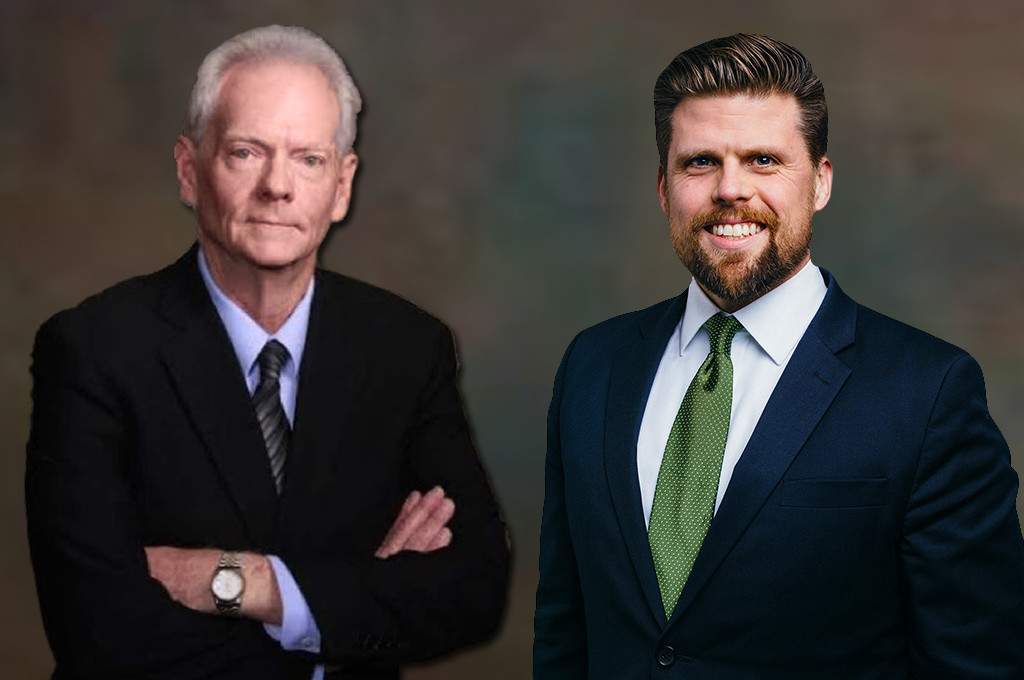 But Walker says he doesn’t believe he piggybacked on the name recognition of the better-known Wisconsin governor.

“Sure, it helps — when you have a great ballot name, it helps. I was number one in almost every big city on the ballot draw, that made a difference,” he said in an interview this week. “But you don’t win 833,000 votes just because people have heard the name Scott Walker before.”

So how did a candidate with no campaign draw 41 percent of the vote against three opponents who campaigned actively?

“I spent a lot of time praying about this election,” Walker said. “I believe God heard my prayers.”

Walker’s runoff opponent, Brent Webster — a worship leader at his Austin church — isn’t so sure that it’s it.

“He lucked out on election day by having a good name,” said Webster, who trailed Walker with 20 percent of the primary vote. “His real name is Richard.”

Webster, who like his opponent has never served in public office, has been endorsed by several of the largest Republican and conservative groups in Texas — and he says their support will be necessary to combat the effect of low-information voters choosing the most familiar Republican name.

“I’ve been working my tail off — I show up at every forum I’m invited to,” Webster said.

On the campaign trail, Webster touts his background as a prosecutor and his judicial philosophy — but given the low-profile nature of the statewide election, he tries to keep the pitch simple and memorable.

“I’m a constitutional conservative,” he said. “I’ll never legislate from the bench.”

And Walker — who lists no campaign expenditures, and who continues to send his son to forums on his behalf — makes roughly the same argument.

“I’m going to get victims the justice they need,” Walker said. “I’ll give criminal defendants the due process they deserve.”

The winner of the runoff will face Democrat Betsy Johnson in November.

The judge currently sitting in Place 2 is the only Democrat to hold statewide office — Larry Meyers. Meyers was elected as a Republican but switched parties in 2013, in part because of the growing influence of the Tea Party.

The Republican Party today is “the Donner party,” he told the Tribune in May.

Meyers, running for the seat again as a Democrat, knows his chances of re-election are slim. But his defection has played a major role in the Republican primary, as accusations of insufficient commitment to the Republican Party fly.

Since March, Wheless has turned up the volume on accusations that Keel might well be a secret Democrat — if only because her husband is.

“When she goes home at night, to talk to her significant other about issues and cases, she’s getting the perspective of a liberal,” Wheless said. “Battleground Texas already has one foot in the door.”

Keel, who belongs to the Federalist Society and the National Rifle Association, and whose mother and four brothers have all been heavily involved in Republican politics, disputes the charges completely.

“He can’t attack my credentials, experience, or expertise, so instead he wants to talk about my husband,” Keel said. “My political DNA is evident in the family I was born into.”

Keel, who has run for office as a Republican six times, said the idea she might “pull a Meyers” is laughable.

“He will say anything to get elected,” she said.

As Keel works to prove her own conservative credentials, she’s focused her sights on Wheless’ legal prowess. Unlike Keel, Wheless is not certified in criminal law — he failed the certification exam in 2007.

In documents obtained by The Texas Tribune under the Freedom of Information Act, Wheless’ applications for judicial appointments show he promised to take the certification test again in 2009, 2014, and 2015.

Wheless would not answer questions as to how many times he has actually taken the test.

“When she goes home at night, to talk to her significant other about issues and cases, she’s getting the perspective of a liberal.”— Ray Wheless, Court of Criminal Appeals candidate

“Let me tell you this — I’m scheduled to take it again this year, but I’ve had a lot of things happen in my life,” Wheless said. “One year, when I was scheduled to take it, my mother died. She was in the hospital for six weeks. So I didn’t show up.”

Wheless said he might not end up taking the test this year, either, and disputed that the certification was relevant at all. Four of the nine judges currently on the Court of Criminal Appeals are not board certified in criminal law, although one of the four — Judge Kevin Yeary — helped write the certification exam.

Keel insists that Wheless’ failure is telling — or at least more relevant than her husband’s political affiliations.

“Look, the Court of Criminal Appeals only handles one area of law: criminal law,” Keel said. “The point isn’t that he’s not certified — the point is, he failed the test.”

“What a lot of nerve he has, running for the state’s highest criminal court,” she added.

Farther down on their campaign materials, the judges list their own accomplishments — Keel has presided over five death penalty cases, and Wheless helped establish Collin County’s first felony drug court program. But the campaign has been defined largely by accusations of insufficient qualification — and for low-information voters, those accusations might make all the difference.

The winner of the run-off will face Meyers in November.