A Webb County jury on Thursday sentenced someone to death row for the first time in almost 25 years. It was the second death sentence of the year in Texas.

Demond Bluntson, 40, received the death penalty in the 2012 shooting death of his 21-month-old son and his girlfriend’s 6-year-old boy. The jury deliberated for about 12 hours over two days before handing down the sentence.

“We feel very relieved and very grateful to the work done by the jury to bring justice to the families of these children,” said Webb County District Attorney Isidro Alaniz. “This is a historic case for our community.”

On June 19, 2012, police arrived at a Holiday Inn in Laredo for a welfare check on the boys and their mother, 28-year-old Brandy Cerny, according to the criminal complaint. El Campo police had called the department in an effort to locate Cerny, who was reported missing and had registered as a guest at a hotel.

Bluntson didn’t open the door for a hotel employee and police officers, only telling them “there’s kids in here,” according to the complaint. As employees and police began to force their way into the room, Bluntson fired a single shot through the door.

Three or four more shots rang out from inside the room before police were able to enter, the complaint said. Inside, they found the two children with gunshot wounds to their heads and Bluntson, who was detained. 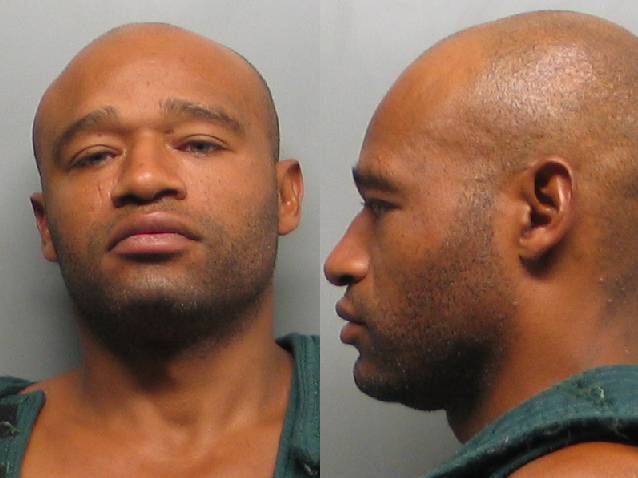 Bluntson’s son, 21-month-old Devian, was pronounced dead at the scene. Devian’s half-brother, Jayden Thompson, 6, was rushed to the hospital and died the next day.

Before bringing the boys to Laredo, Bluntson allegedly shot and killed Cerny in El Campo, about 250 miles away, according to a Wharton County indictment.

Bluntson’s trial began on April 18, and he was convicted of capital murder within four days, according to court records. During his trial, Bluntson was removed from the courtroom several times for interrupting court proceedings, the records said. He watched much of the trial on a television screen from a holding cell.

During Alaniz’s opening statements of the punishment trial, Bluntson called him a liar, according to the Laredo Morning Times.

“Death row is nothing to me, man," Bluntson said. "I don’t care about living. But I promise, you all won’t get away with what you have done."

Alaniz said Laredo’s predominantly Hispanic and Catholic population is a factor when pursuing the death penalty.

“When you’re dealing in a community that’s predominantly Catholic, you never know how that is going to affect the decision of the jury,” he said. “It was a serious case, but they had all the evidence to make the decision, and we believe they made the right decision.”

Only two other people have been sent to death row from Webb County since the death penalty was reinstated in 1976, according to the Texas Department of Criminal Justice. Neither of the inmates was executed.