For this week’s nonscientific survey of insiders in government and politics, we asked about what the results of those Houston elections last week could mean.

The controversial Houston nondiscrimination ordinance, better known as HERO, failed to win 40 percent of the vote, a defeat largely attributable to opponents who successfully framed the vote as a referendum on bathroom access.

We next asked about the political future of Adrian Garcia, the Harris County sheriff who stepped down to run for mayor. He finished out of the running for the runoff election. Thirty percent of the insiders thought he'd run for the Legislature at some point with another 18 percent saying he would run again for a local office.

Several mentioned in the comments section that a run for Congress was the more likely option for Garcia.

Returning the focus to the men in the Dec. 12 mayoral runoff, 80 percent of the insiders currently give the advantage to Sylvester Turner while 13 percent said they favor Bill King's chances.

Mayoral elections in Texas are nonpartisan but the candidates' partisan leanings are often obvious. With that in mind, we finished by asking whether the state should do away with nonpartisan elections for mayor. Nearly three-fourths of the insiders didn't favor such a change. 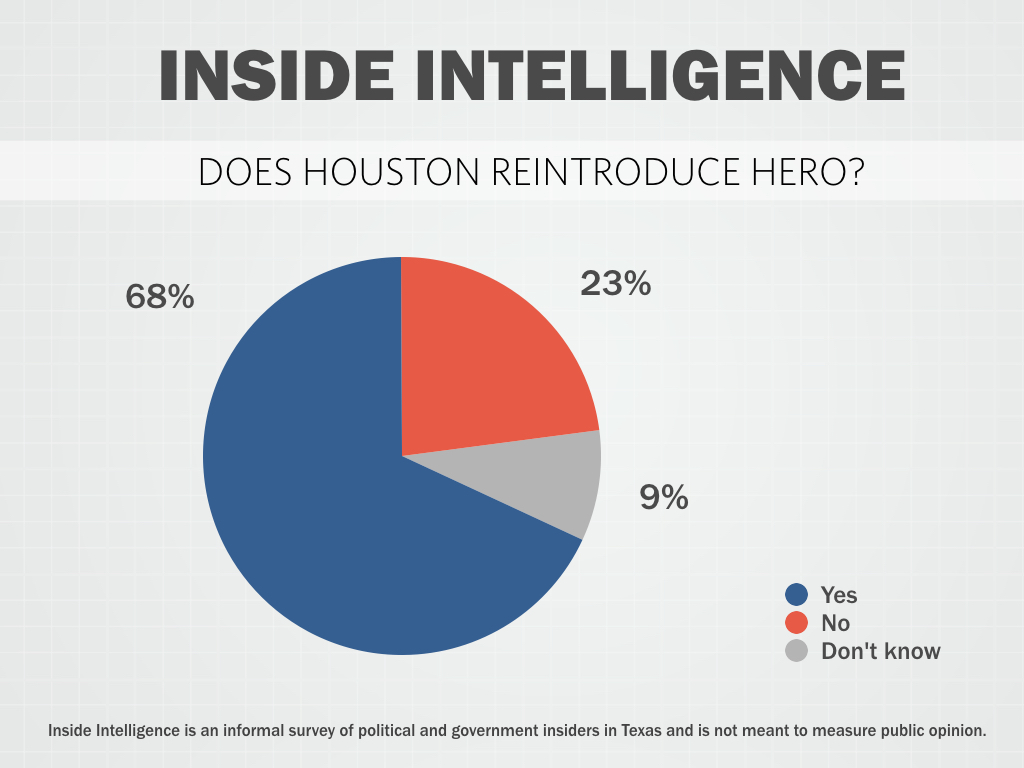 The Houston Equal Rights Ordinance (HERO) lost by a 3-to-2 margin. Will Houston city government reintroduce it in some form?

• "This is Mayor Parker's legacy item. She knows she and her consultants screwed this thing up from the start. Parker will use the remainder of her political capital to once again move the ordinance forward. Her problem is that no politician will touch the issue now."

• "At some point, but perhaps they allow some time to pass. The example will be that both Dallas and SA have an ordinance — once Houston starts losing MORE events to those two cities, they will get it passed."

• "Hopefully, what the losers learned from their debacle is that Houstonians read the fine print — you can't pretend to be pushing an equal rights amendment for 15 classes of people, when 13 of those classes already have protection. Had they presented a straight up vote on equal rights for gay people, it would have passed but the 'T' in LBGT will continue to be a problem."

• "The compulsion to enact a HERO disappears with the incumbent mayor."

• "Whomever put HERO on an off-off-year election ballot should be fired." 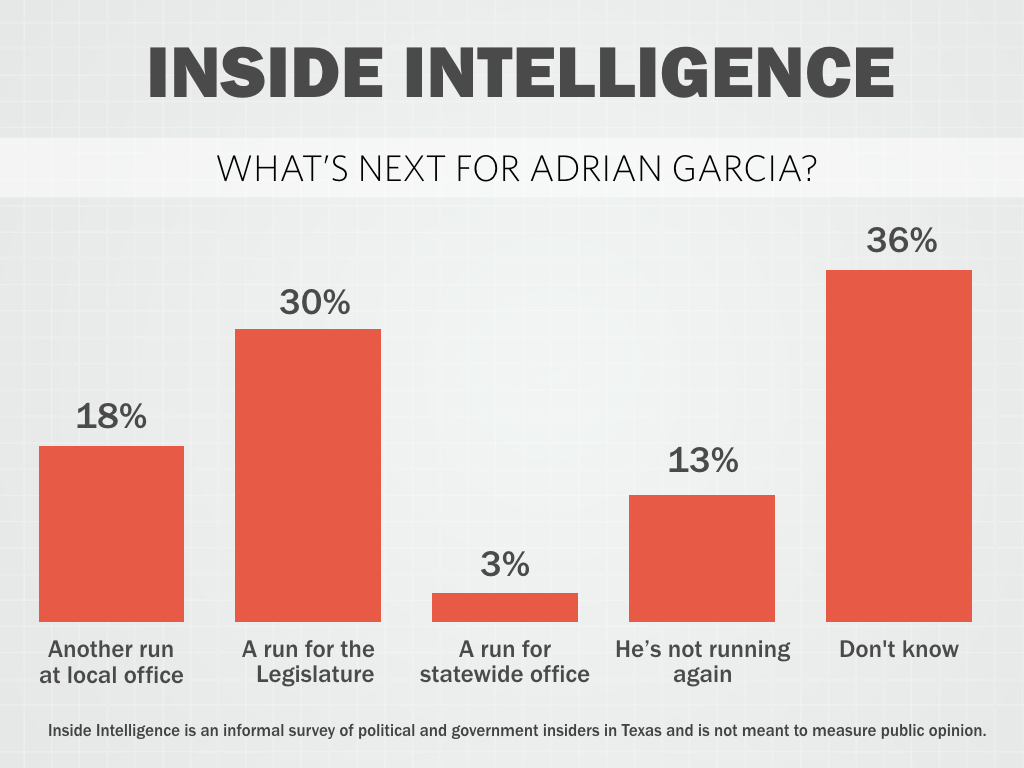 • "A run for the Legislature, but not the one you are thinking. You failed to include a run for Congress. Garcia lives in what was supposed to be Harris County's first Latino congressional district. With Hillary on the ticket, I think Gene Green may be sweating a little. The Hispanic vote will have a higher primary turnout than usual, and Gene Green will have to run a full throttle campaign to survive."

• "None of the above. A race for Green's congressional seat makes the most sense, but until he gets a team that understands Hispanic GOTV, he won't win anything."

• "An appointment from the Clinton Administration. Also, he could/may get a security consulting job."

• "Hard to bounce back after failing to make a runoff." 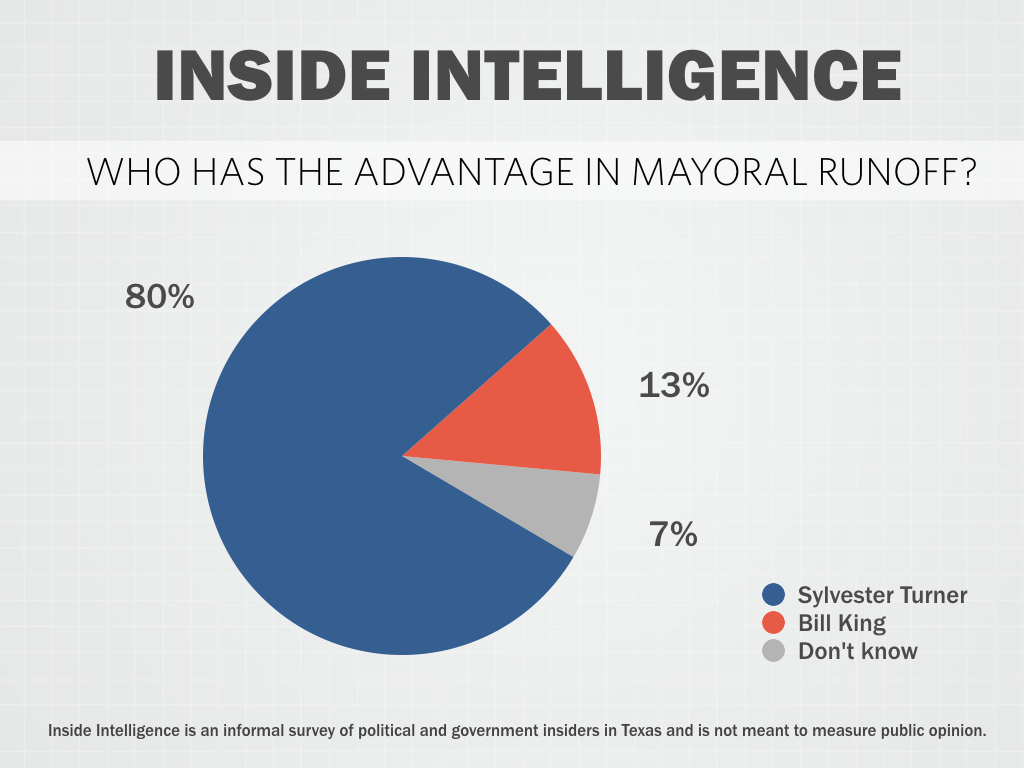 Who has the advantage going into the Dec. 12 runoff for mayor of Houston?

• "Turner now has to rely on the Hispanic vote to combine with the black vote. Hard to do. Also, voter turnout will favor the conservative in the current political environment."

• "But he has to get the voters out on a Saturday from Christmas shopping. Not gonna be easy."

• "Without HERO on the ballot, King's support will melt away on election day." 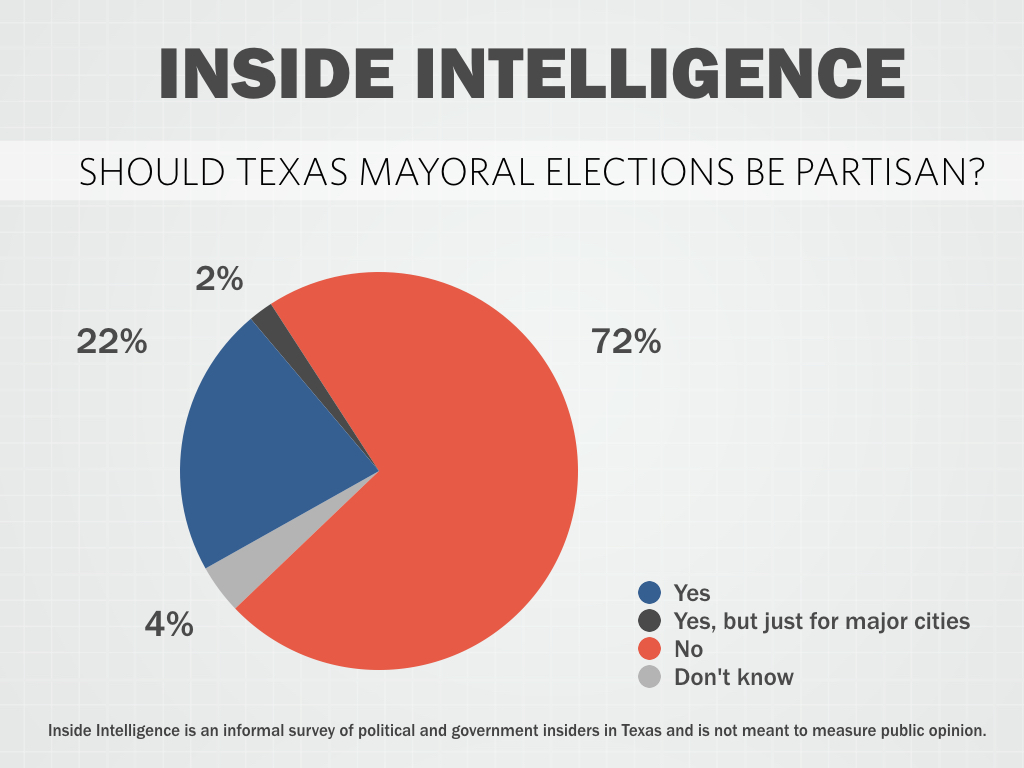 King made headlines for receiving support from Republican Sen. Ted Cruz against Turner, a Democratic state legislator. Should mayoral elections in Texas be partisan?

• "Ted Cruz is a resident of Houston so any candidate should be happy to have his vote. It doesn't mean that the candidate is going to govern the same way Cruz governs (or doesn't govern). Does Sylvester Turner support every idea of everyone who has voted for him?"

• "They already are, can you not hear the soothing melodies of those dog whistles accompanying the candidates lyrical talking points? Its nonpartisan in name only."

• "It's good for voters to know candidates beyond party affiliation."

• "Let the candidates run on a party label. It makes it easier to keep score."

• "Of course. Anyone who can't tell a mayoral candidate's party is not paying attention. End the charade."