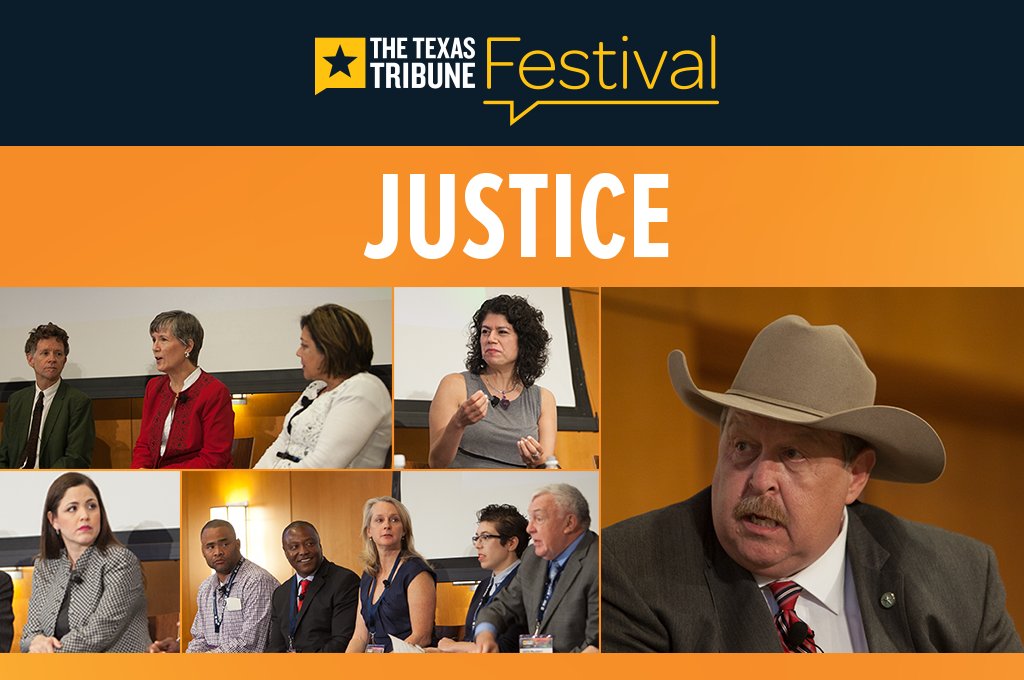 The Justice track at the 2015 Texas Tribune Festival featured panel discussions on criminal justice reform, the Legislature, open carry, and gay rights and states' rights. There was also a conversation with several Texas Court of Criminal Appeals judges. Scroll down to hear audio of each session.