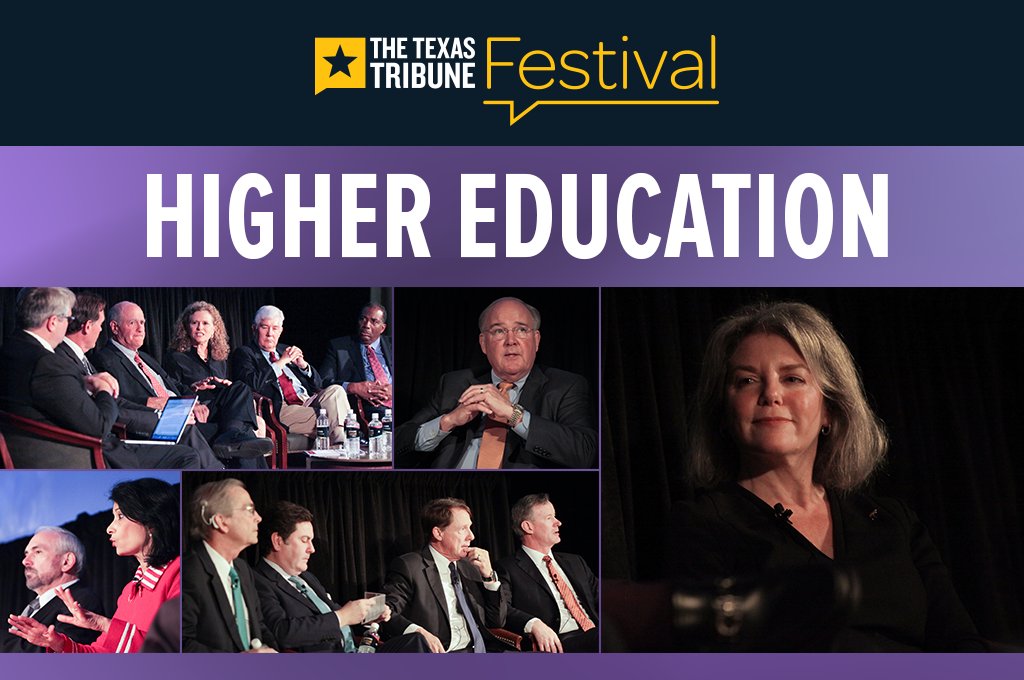 The Higher Education track at the 2015 Texas Tribune Festival featured panel discussions with several university system chancellors and leaders at several public and private colleges in Texas. Another panel addressed higher ed and the Legislature, and the price of college was the focus of another session. Also, there was a one-on-one conversation with Mike Perrin, the interim athletic director at the University of Texas at Austin. Scroll down to listen to audio from those sessions.

Mike Perrin, the interim athletic director of the University of Texas at Austin, was interviewed by Texas Tribune reporter Matthew Watkins.