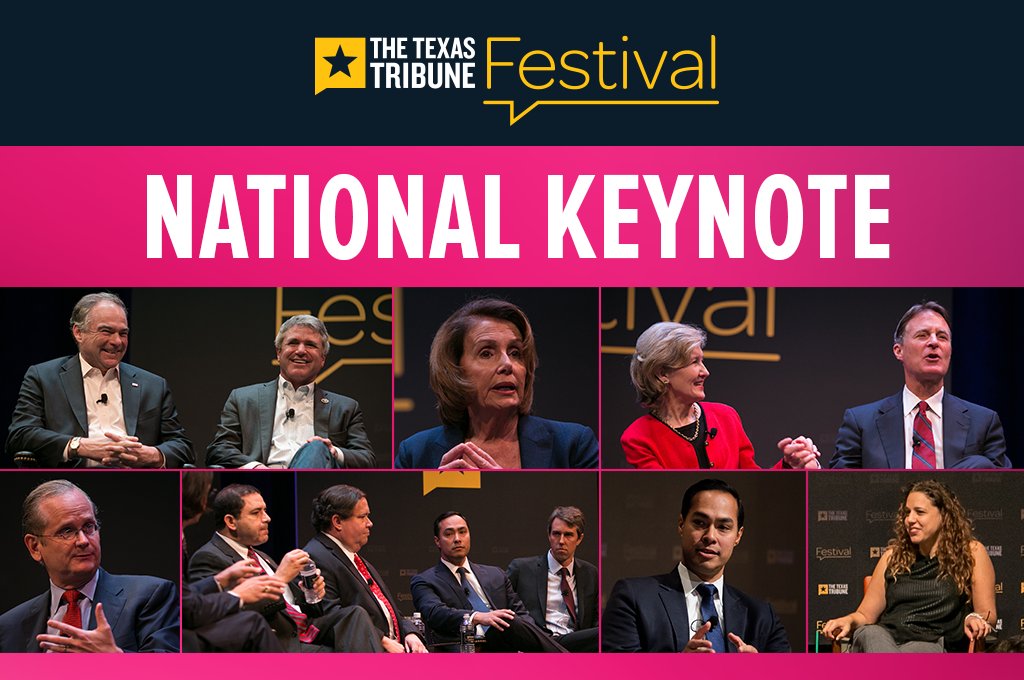 The National Keynote track at the 2015 Texas Tribune Festival featured one-on-one discussions with U.S. House Democratic Leader Nancy Pelosi, Democratic presidential candidate Lawrence Lessig and U.S. Housing and Urban Development Secretary Julián Castro, as well as panel discussions on America's place in the world, homeland security and whether the center can hold. Scroll down to listen to audio from those sessions.