For this week’s nonscientific survey of insiders in government and politics, we asked about the immigration positions of the GOP presidential candidates. Specifically, we wanted to know which candidate best reflects the stance of the majority of the party's primary voters on that hot-button issue.

The insiders were evenly split, with 25 percent saying Donald Trump most reflected the beliefs of the primary voters and 24 percent saying Jeb Bush's views are most representative. Rick Perry and Ted Cruz were each cited by 21 percent while 10 percent nominated someone else.

State Rep. David Simpson, R-Longview, made some news this week by calling for a special session to address the decision by state agencies to fund benefits for same-sex spouses in the wake of the U.S. Supreme Court decision legalizing same-sex marriage.

On this, the insiders have the agencies' backs. Close to three-fourths thought the agencies have done nothing wrong in going ahead without prior legislative action. And 90 percent didn't think the issue would spur Gov. Greg Abbott to call a special session.

And with the controversial (in some quarters) Jade Helm 15 military exercise kicking off this week, we asked if Abbott's response is doing long-term damage to Texas' image. On this question, the insiders were almost evenly split with 46 percent saying that damage has been done and 47 percent saying no. 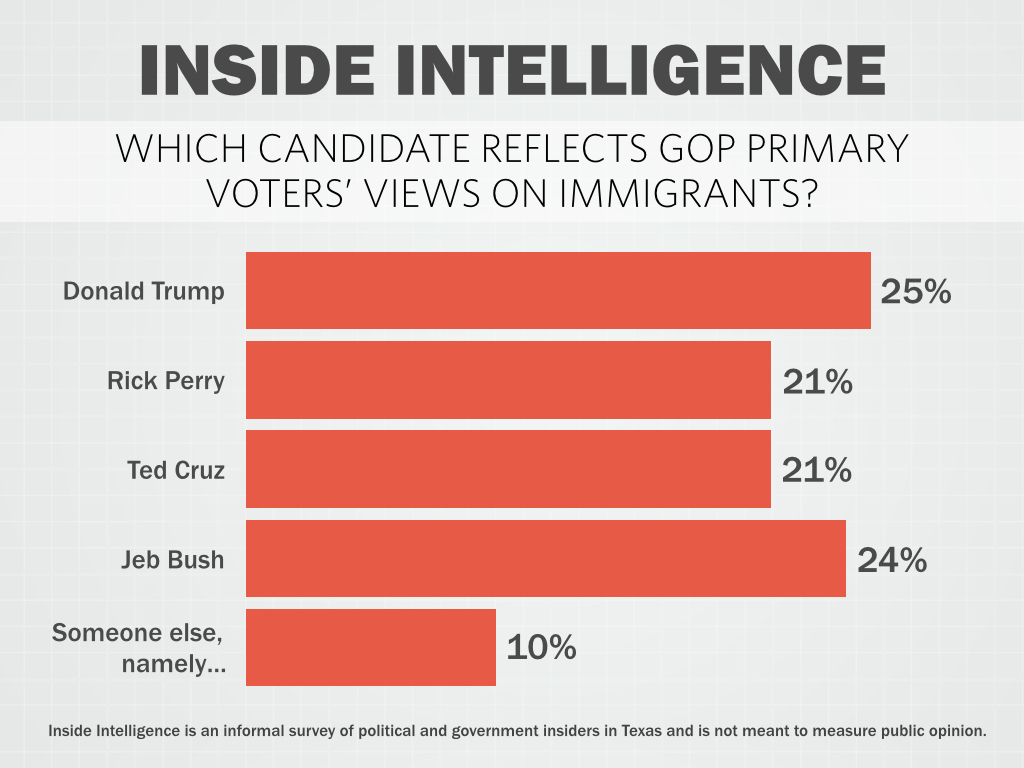 Who in the GOP presidential field is closest to the majority of primary voters on immigration?

• "GOP primary voters nationwide do not view immigration the same way Texans do. Jeb and Perry both reflect an intelligent approach."

• "It is Perry that serves the red meat and Jeb serves the solution. Has Trump even been to the border?"

• "No one wants to say it out loud, but many GOP primary voters believe that Latin American immigration, legal or not, is bad for this country." 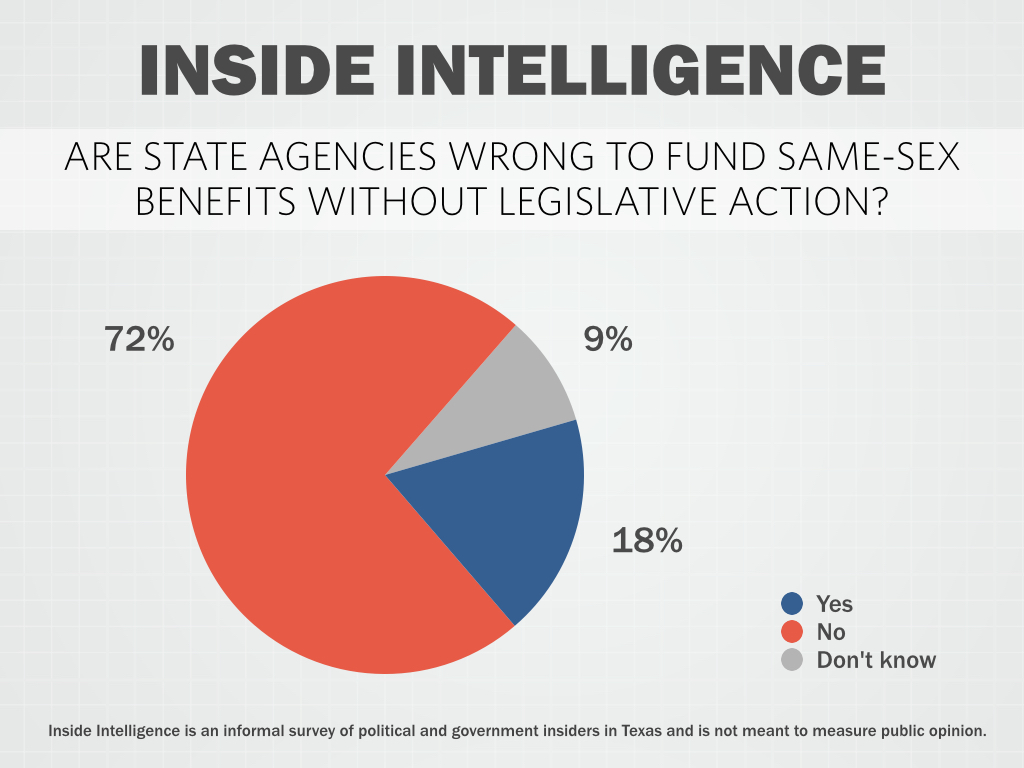 • "Texas is also WRONG to accept the bogus SCOTUS decision. It's as bad as blindly accepting Dred Scott."

• "They are complying with the law. As a public employee, you have an obligation to comply with rules, regulations, legislative mandates and court ordered rulings."

• "You can make a technical legal argument that the Legislature should speak, but is Mr. Simpson going to fund the legal challenges?"

• "The law is absolutely clear on this. No legislative action is needed, as the definition of spouse is automatically changed by operation of law. It's simply bizarre that so many supposedly educated people have suddenly gotten amnesia on basic law." 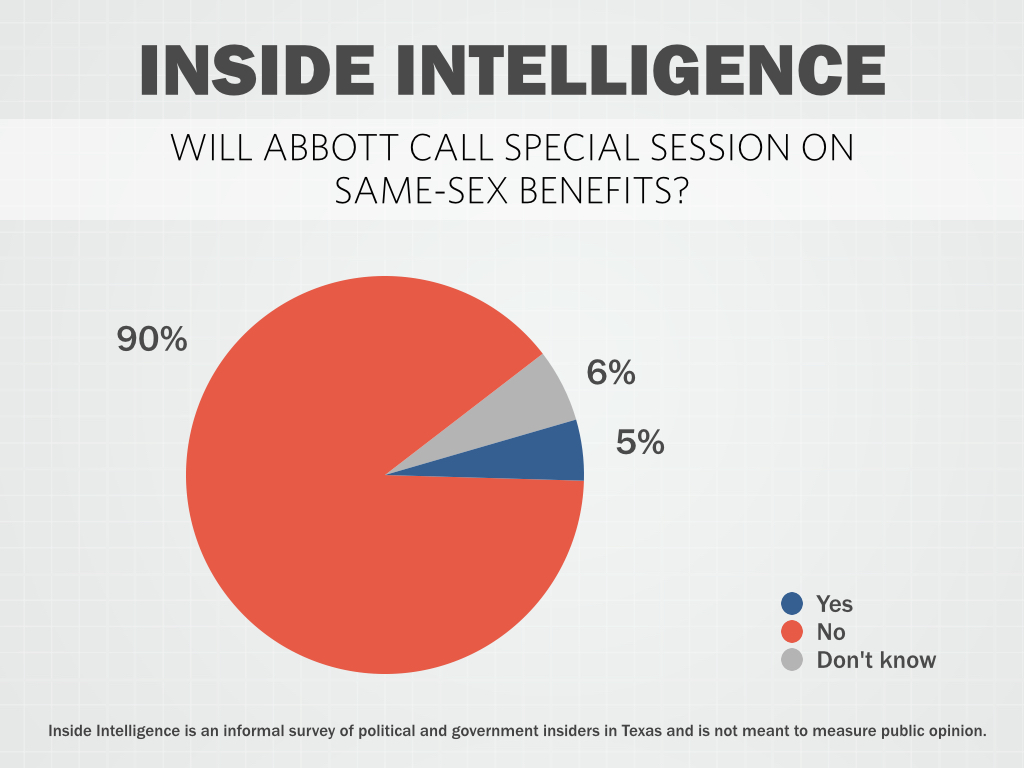 • "Texans are waking to the SCOTUS decision and the more they understand the ramifications, the more angry they become."

• "If we didn't have the money — maybe, but still not likely. When we have lots of unbudgeted money — why?"

• "He was lucky to get the Lege out of town the first time — he doesn't want them back."

• "It Democrats are smart enough, they'll force Abbott to call a Special. Then watch Patrick vs. Abbott."

• "The gay thing is too good an opportunity for grandstanding to pass up. For both sides." 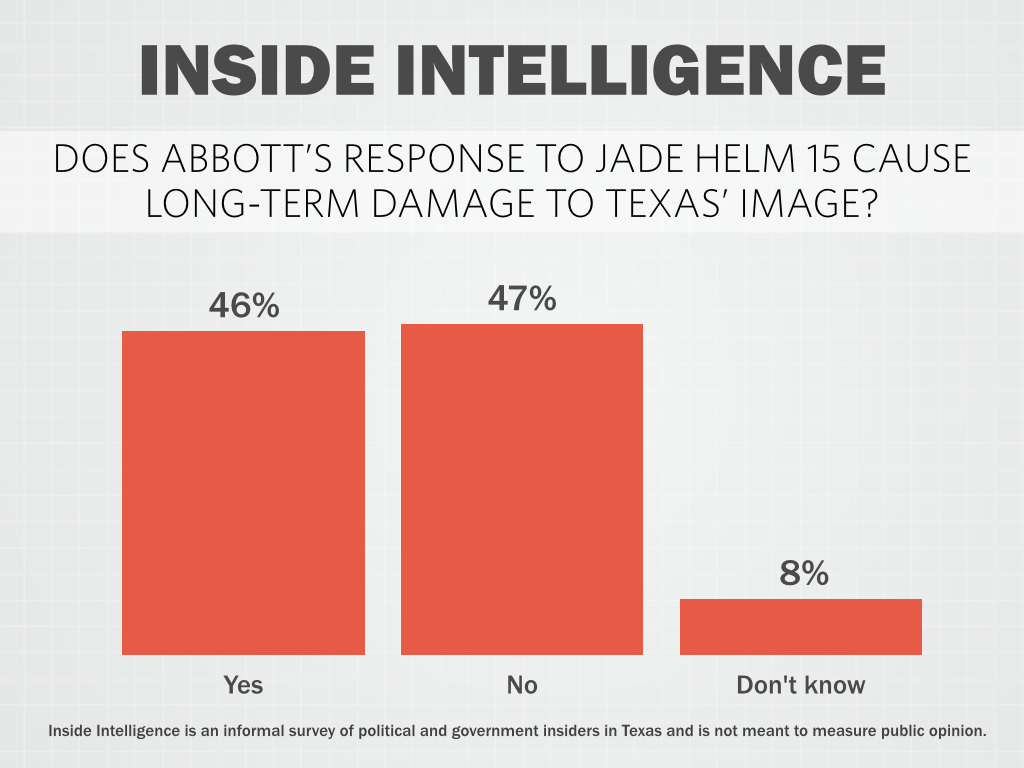 With the Jade Helm 15 military exercise starting this week, does Abbott's response cause long-term damage to Texas' image?

• "We need answers to simple questions like: Has this kind of exercise ever happened before? Why is it surrounded by secrecy? Why not NYC where terror has already struck?"

• "Had to wonder how that was playing with the New York business crowd..."

• "I think people would expect Texas to respond this way. I also think most people outside of Texas already have their minds made up one way or the other about Texas."

• "Most people think Jade Helm is on the Bachelorette."

• "Who cares what anyone else thinks? Texas' image to everyone else is that we are the place to come and be free, and if you don't like it, leave."