Gov. Greg Abbott finished his work for the legislative session over the weekend, issuing a massive final round of vetoes ahead of a constitutional deadline to take action on legislation.

According to the Legislative Reference Library, Abbott made a total of 44 vetoes. As has been noted elsewhere, that’s the most vetoes cast by a governor since Rick Perry in 2007. 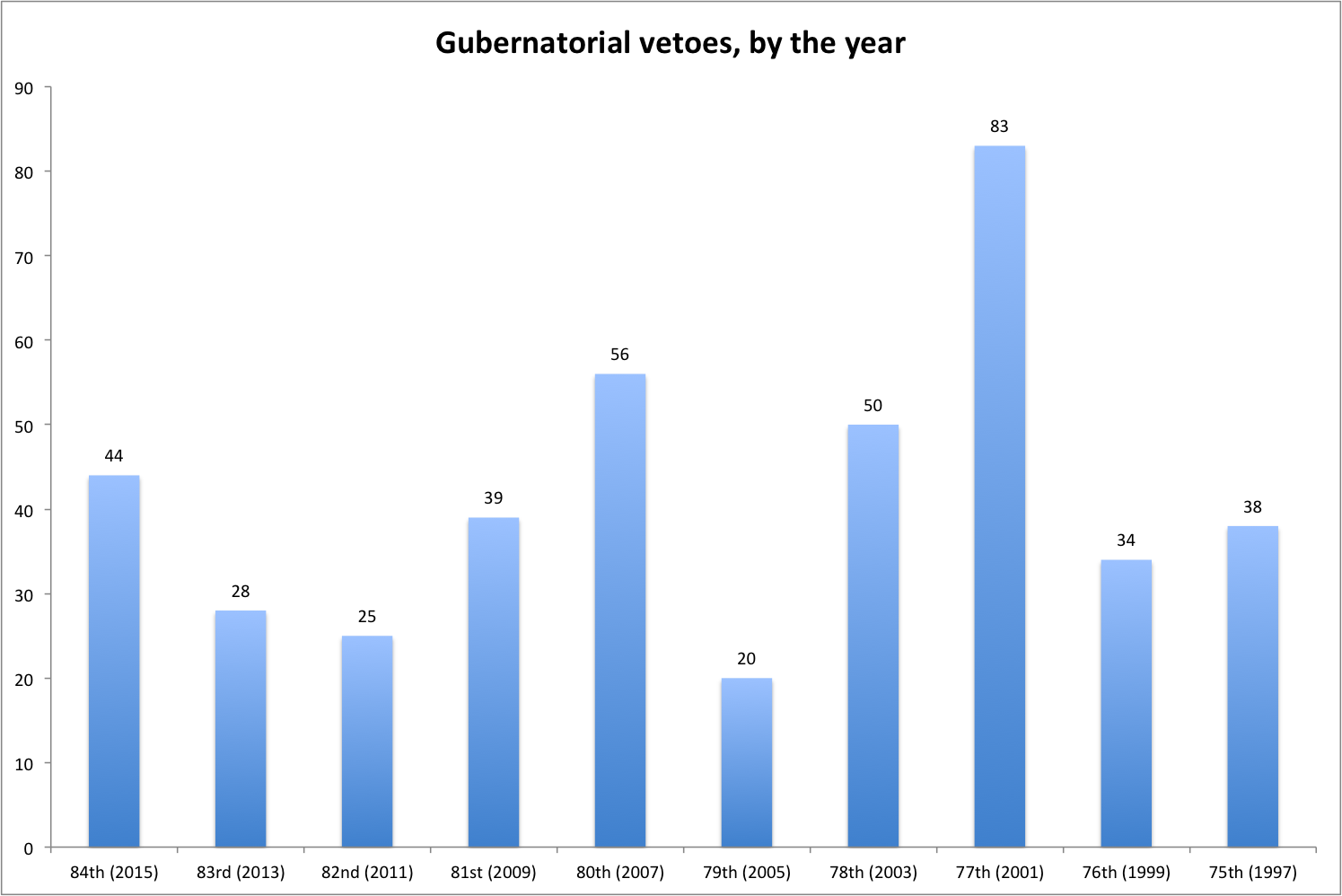 Perry, it should be noted, made 50 or more vetoes three different times during his tenure. His most prolific session for vetoes was in 2001, his first session as governor, when he made 83 vetoes.

Poll positions were drawn last week for seven proposed amendments to the Texas Constitution. The big one here is the amendment increasing the residential homestead exemption, creating property tax relief for Texans. Other amendments would do things like dedicate sales tax revenue for road building and recognize in the constitution a right to hunt and fish.

Looking at the numbers, that’s the fewest amendments offered up by a Legislature this century. The only other Legislature to offer up fewer than 10 was the 79th Legislature: 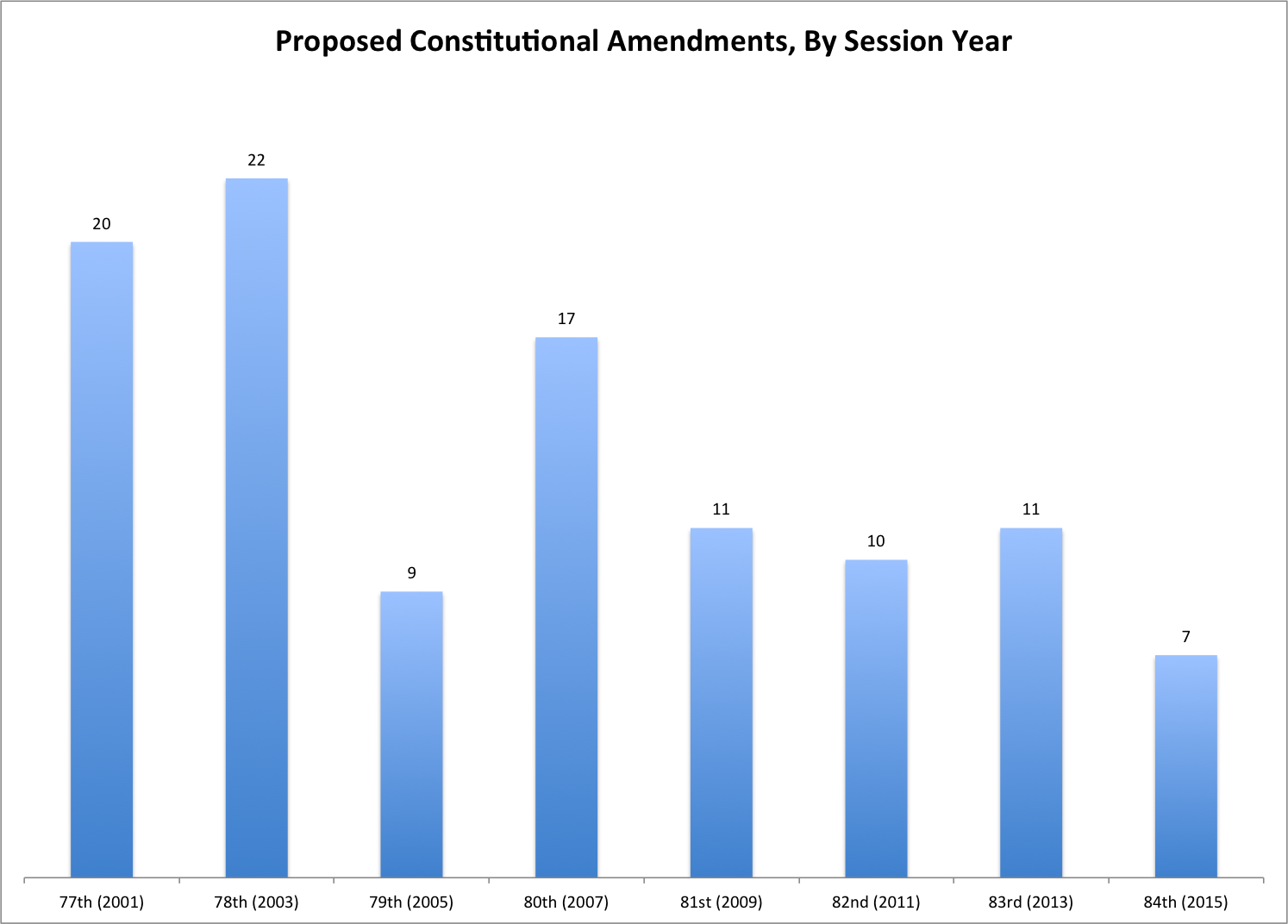 The Legislative Reference Library has some other interesting facts about state constitutional amendments. As of 2013, voters have been presented 666 amendments on which to vote. So that total will be nudged up to 673 in November. Voters so far have passed 484 amendments and killed 179.