For many, the real end of session isn't here until Sunday, which marks the end of the veto period for Gov. Greg Abbott. After that day, those who are sweating out what might happen to their bills can finally take a deep breath.

The always helpful Legislative Reference Library, meanwhile, ran the numbers on Wednesday on bills filed and passed by the 84th Legislature. Please note that the number of vetoes is just for House and Senate bills and doesn't count Abbott's veto, which was of a concurrent resolution. 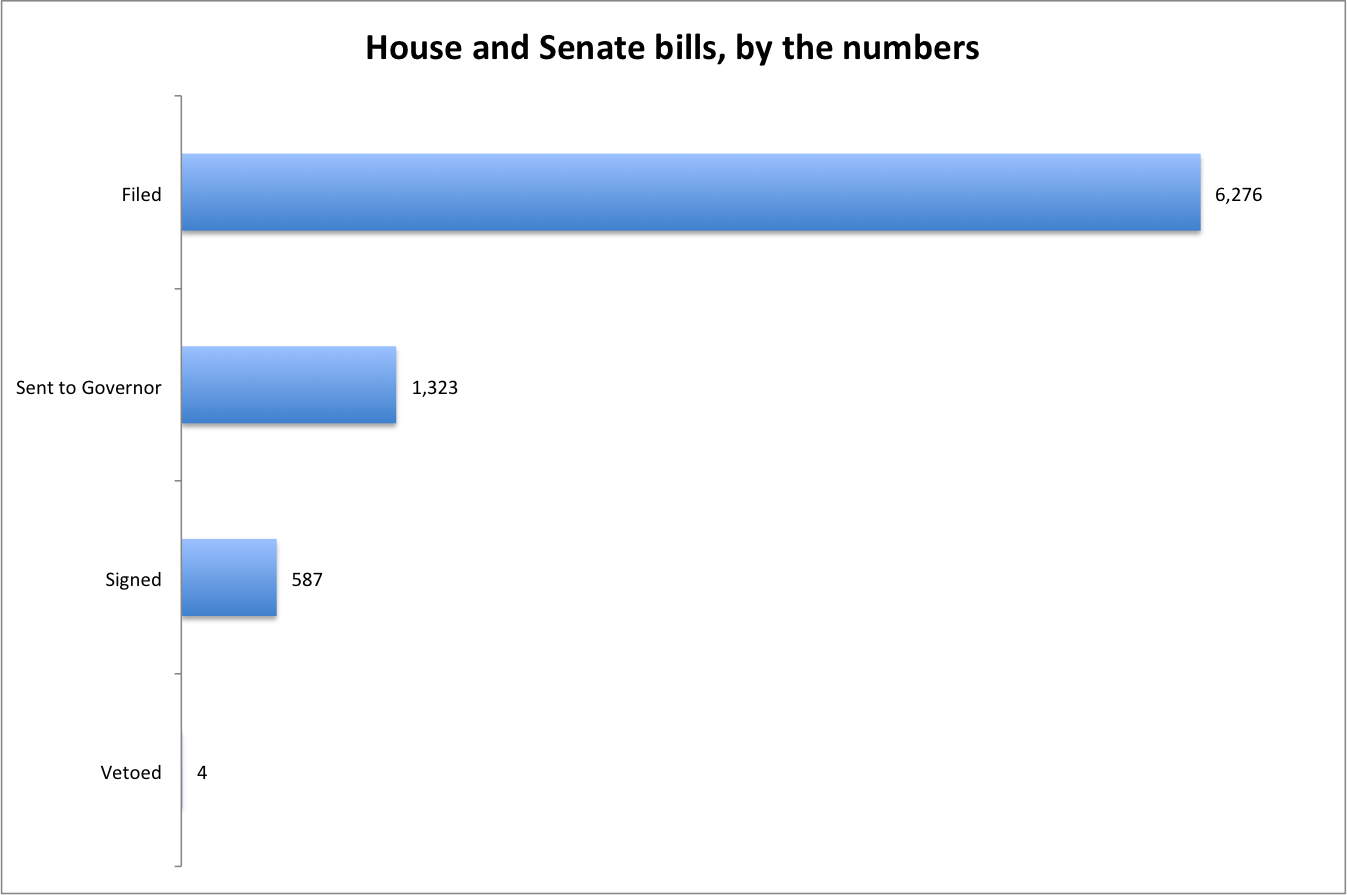 Readers may recall that Abbott's predecessor, Rick Perry, vetoed nearly 80 bills on June 17, 2001 — the final day of his first veto period as governor. The action later became known as the "Father's Day Massacre" and quickly established Perry's reputation for hardball.