For this week’s nonscientific survey of insiders in government and politics, we asked first about the number of contested legislative primary races next year.

We also asked the insiders as well for suggestions for who deserves placement on the legislative best and worst lists. 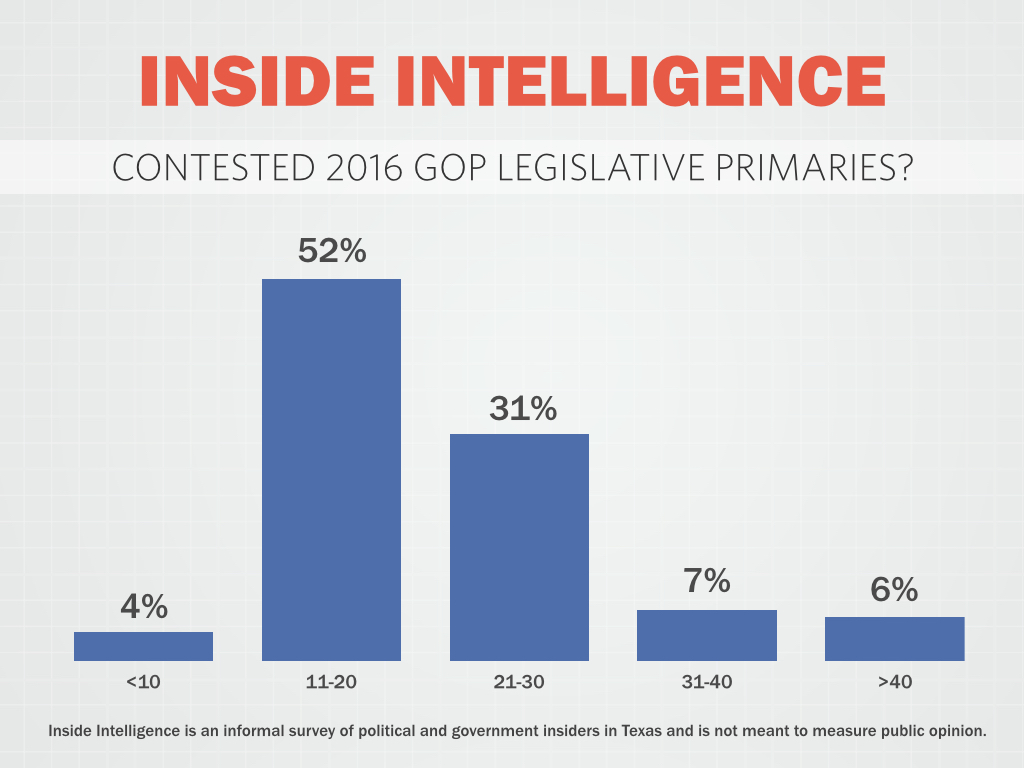 Looking ahead to next spring, what’s the number of contested Republican legislative primaries?

• "'Contested' means they'll have an opponent; not that the opponents will be serious challengers, right?"

• "When faced with a certain challenge, several have already resigned."

• "And perhaps another Speaker challenger" 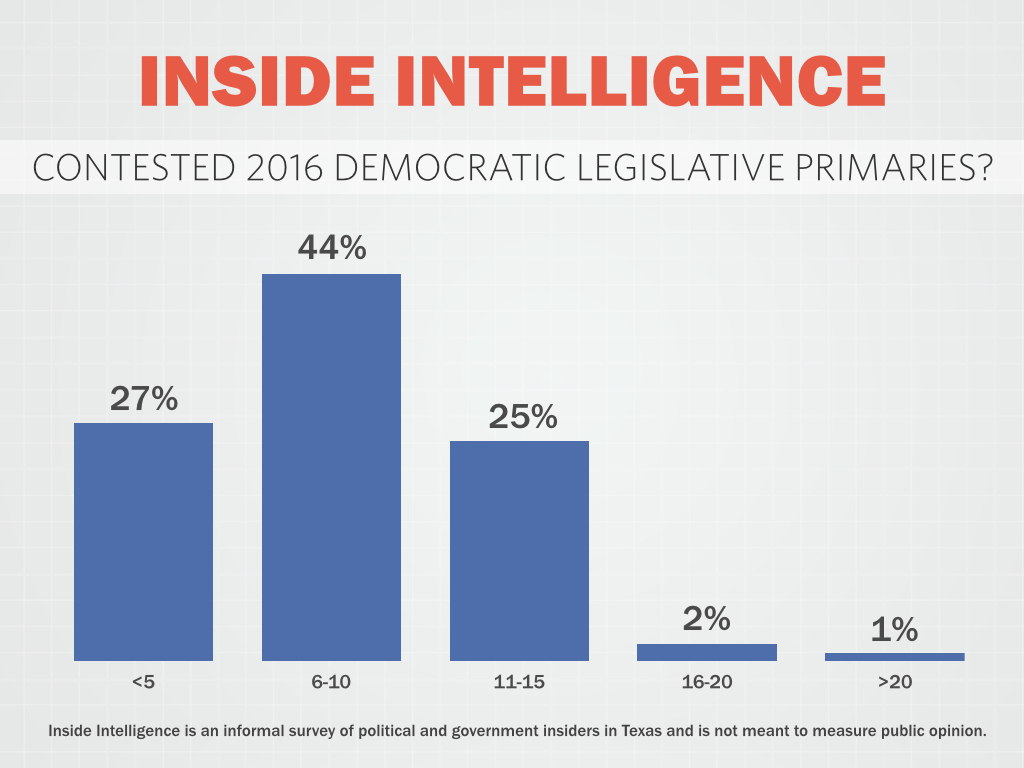 And what’s the number of contested Democratic legislative primaries?

• "Sadly, they rarely challenge one another."

Gold star time: who makes the best list for session?

• "Stickland - His agenda is to advance Stickland and at this he is masterful."

• "Straus, Anchia, Otto, Aycock, Price in the House. Nelson (although I don't know why!), Watson, Seliger, Fraser (swan song), Hancock (because I need a 5th member of the Senate)."

• "Paul Bettencourt, at least freshman of the year. An intelligent conservative."

• "The ones who are retiring because they don't want to be a part of the wheels coming off of good government."

• "No list from me because, unlike past sessions, there are very, very few who would get an A. So, having a top ten with Bs at best isn't worth constructing. Maybe Otto and Nelson."

• "I'm gonna go out on a limb and say Jonathan Stickland."

• "Konni Burton, Donna Campbell, Bob Hall, Jeff Leach, Jonathan Stickland (pretty much anyone from the 'out of touch with reality' caucus)."

• "Dennis Bonnen, for thinking a Happy Meal-size tax reduction was a good idea. What happened to sales tax reform broadened and really lowered. Also, anyone who runs as a conservative in the primary and grows squishy in Austin after winning."

• "So much mediocrity, so much mediocrity. Where does one start? The silliest? The stupidest? The most craven? The 'respectable' ones who hurt the state the most? I'll take a pass."