It wasn't all campaign drudgery for Hillary Rodham and Bill Clinton when they lived in Texas for a few months while working on George McGovern's 1972 presidential campaign.

Like Austinites and San Antonians now, they took advantage of the best of the Hill Country: German beer gardens, Willie Nelson music, swimming holes and Mexican food. But their Austin was nothing like the city it is today.

"In 1972, Austin was still a sleepy town compared to Dallas or Houston," Hillary Clinton would later write in her memoir, Living History. "It was, to be sure, the state capital and the home of the University of Texas, but it seemed more typical of the past than of the future Texas."

Yet, most of their favorite haunts remain open for business. And so, it's still possible in 2015 to party like a Clinton in 1972. 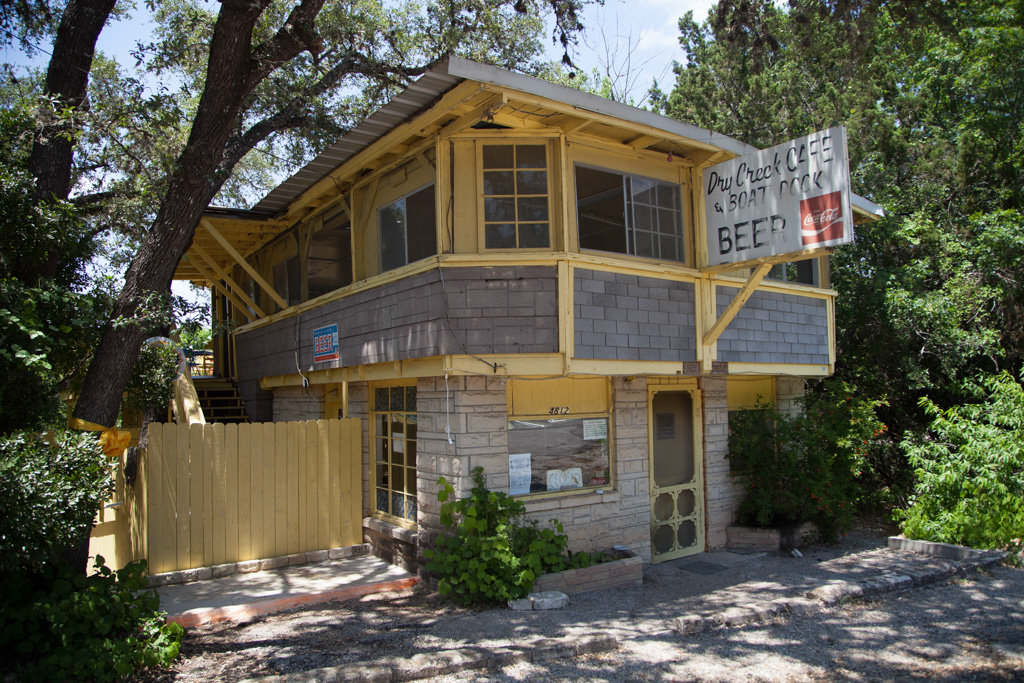 Long before Dry Creek was the dive oasis amid Lake Austin mansions that it is today, the McGovern team traipsed over there for beers and sunset views on the deck overlooking Lake Austin.

But the biggest draw of Dry Creek for decades was the elderly spitfire owner, Sarah Ransom. Known as “the meanest bartender in Austin," Ransom was something of a local celebrity, thanks to her frequent expletive-laced tirades at bar patrons who did not bring beer bottles from the deck downstairs to be discarded.

Was the future president ever on the receiving end of such commentary?

“Don't think I ever went into the Dry Creek saloon when Sarah didn't yell at me to bring the beer bottles down,” Clinton friend Garry Mauro wrote in an email. “But I don't have any specific remembrance of her yelling at Bill Clinton." 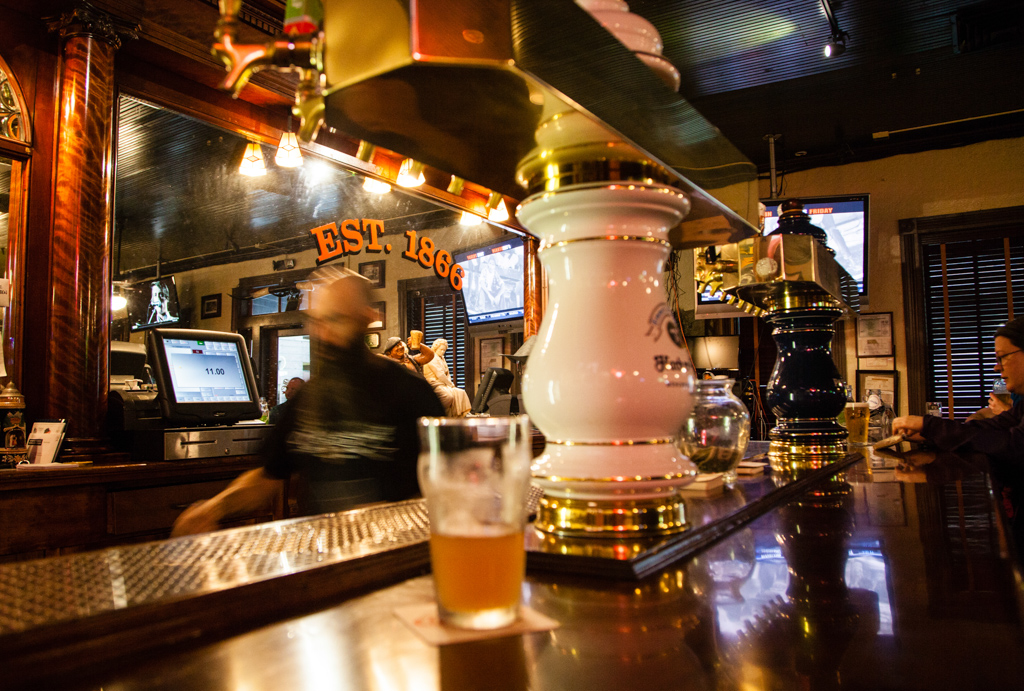 There was no more favored local hunt among McGovernites to decompress at the end of the day than Scholz's. Hillary Clinton wrote of the time she spent with her Texas friends at Austin's longest continuously run business in her memoir.

“They ... liked to have fun and introduced me to Scholz’s Beer Garden, where we would sit outside at the end of eighteen- or twenty-hour days trying to figure out what else we could do in the face of ever-worsening poll numbers,” she wrote. 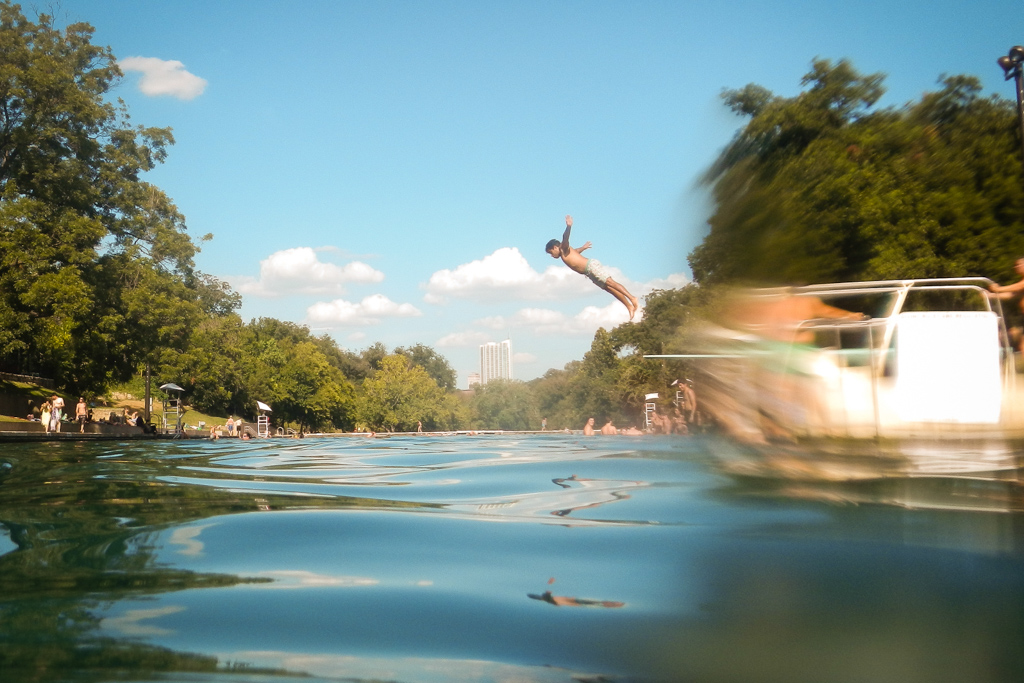 During her Austin days, Hillary Rodham befriended a University of Texas graduate named Betsey Wright. Wright would later go on to be a top Clinton operative during Bill Clinton's political rise in Arkansas in the 1980s.

Rodham and Wright bonded during the McGovern campaign and took trips together to the swimming hole.

“The two women would sit under the blazing Texas sun at the massive limestone pool at Barton Springs, or across town at the airport waiting for a plane to come in, and talk for hours about the need for more women in politics,” David Maraniss wrote in his Bill Clinton biography, First in His Class. 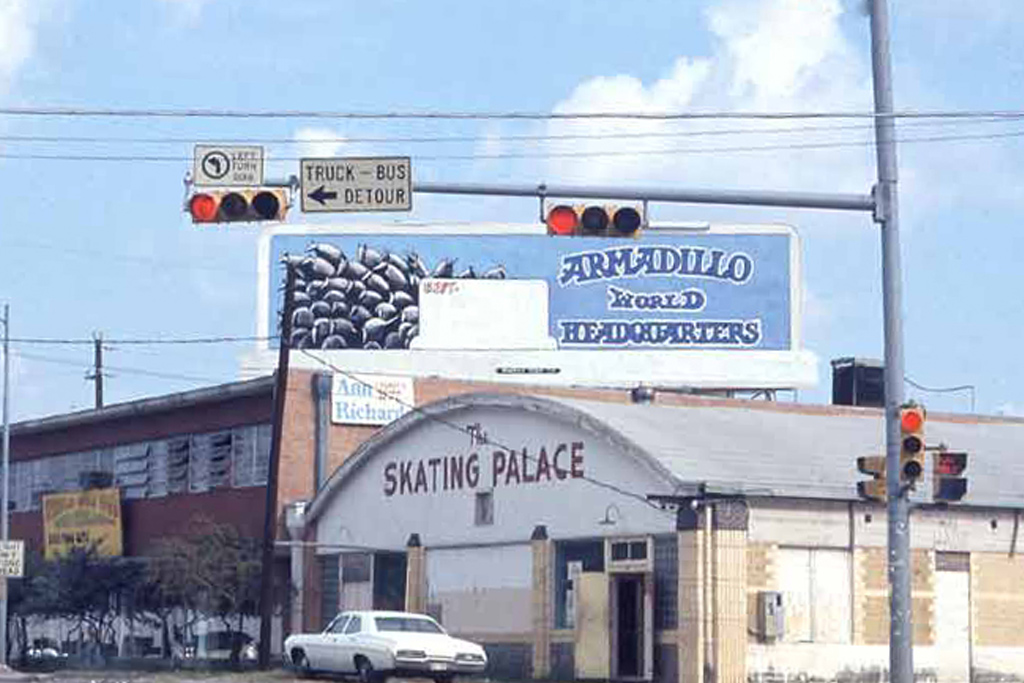 The Armadillo World Headquarters no longer exists, but the Threadgill’s South Austin location – just next door to the old 'Dillo – is about as close as one can get to replicating the Clintons’ experience at the concert hall.

During the 1970s, it was a top concert venue, drawing acts like Bruce Springsteen. In 1972, the Clintons caught the local talent at the 'Dillo: Jerry Jeff Walker and Willie Nelson.

The owner of the two Threadgill’s locations, Eddie Wilson, also owned the 'Dillo, and he took the concert hall's menu over to Threadgill's.

In 1996, Wilson opened the second Threadgill’s location – next door to the old Armadillo. 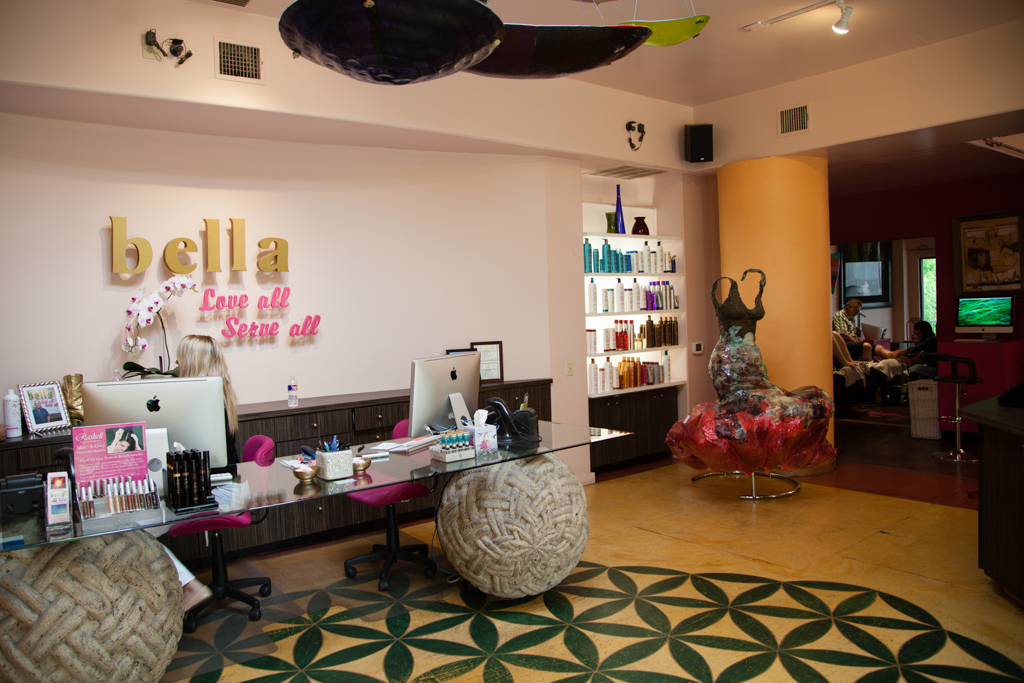 Bella, a high-end hair salon, is in the building where Bill Clinton and Taylor Branch ran the McGovern state campaign headquarters. Hillary Rodham joined them that year as an employee of the Democratic National Committee.

"The McGovern campaign set up shop in an empty storefront on West Sixth Street," Hillary Clinton wrote in her book. "I had a small cubicle that I rarely occupied because I spent most of my time in the field, trying to register the newly enfranchised 18- to 20-year-olds and driving around South Texas working to register black and Hispanic voters." 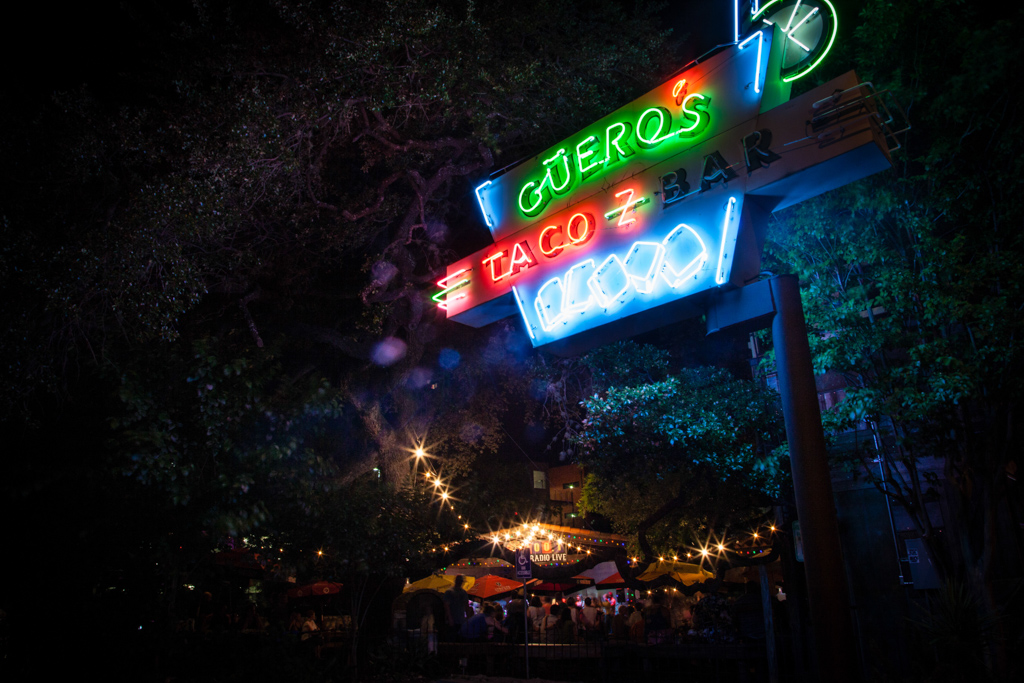 Guero’s did not exist during the 1972 campaign, but Bill Clinton made a swing past the South Congress Mexican restaurant during his first term as president in 1995.

His order, now immortalized on Guero’s menu, is called “El Presidente” and features one chicken al carbon taco, a beef taco, one tamale and guacamole. Served with rice and frijoles churros, the price comes in just under $12.

Without even naming names, the Guero's menu refers to the 42nd president when it simply states: 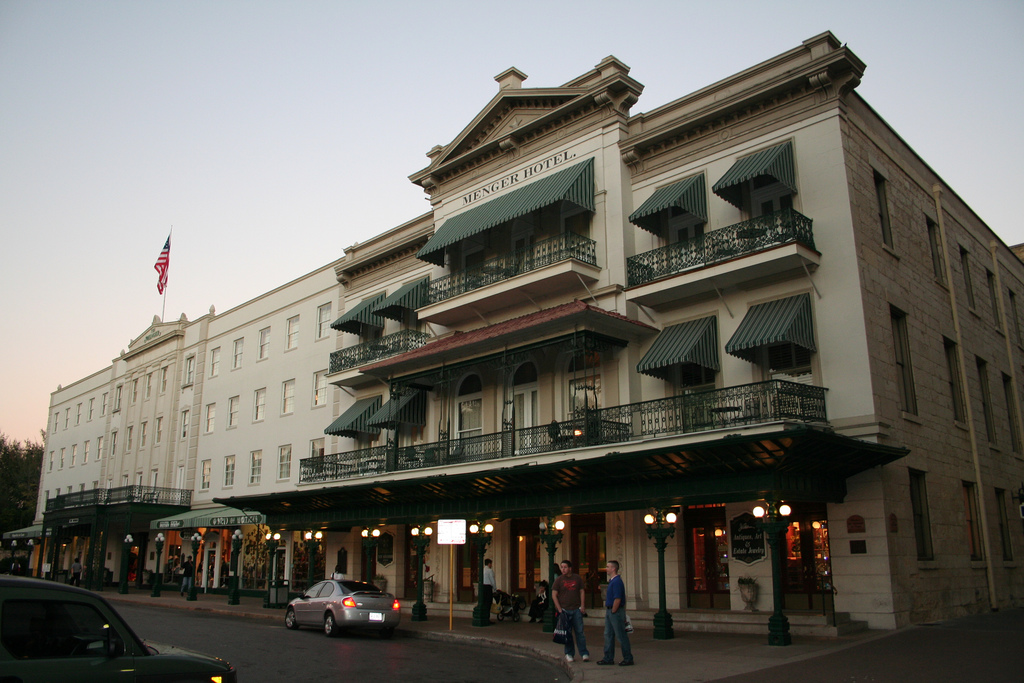 Bill Clinton fell head over heels for the Menger Hotel's mango ice cream when he attended a Bexar County Democratic Dinner there in 1972.

Clinton described the event, hosted by the late San Antonio-based Congressman Henry B. Gonzalez, as the beginning of his “addiction” to the dessert.

So much so, Clinton later served the ice cream at both of his presidential  inaugurations. 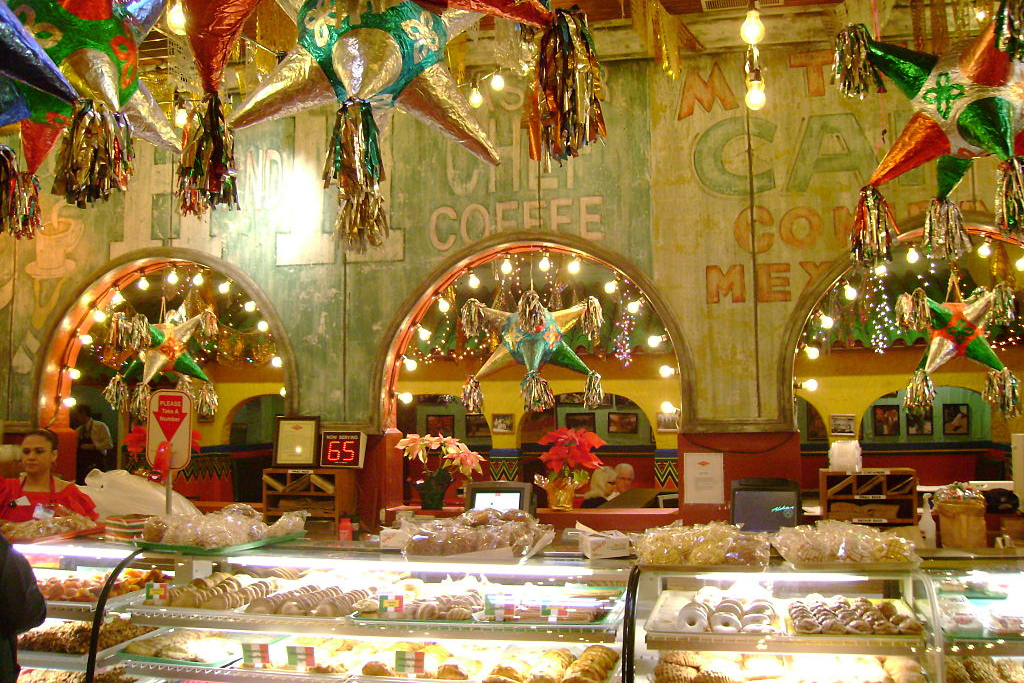 When not in Austin, Bill Clinton and Hillary Rodham frequently worked in the Alamo City in 1972. Rodham both helped with registering South Texas voters and, as a law student, was a legal resource to the local campaign team. While there, they both stopped by Mi Tierra, famous for its green chicken enchiladas.

Both Clintons wrote in their memoirs that they utterly gorged themselves on the Market Square Mexican joint.

Karen Tumulty of The Washington Post and Annie Daniel of The Texas Tribune contributed to this report.