WASHINGTON – Rick Perry's political operatives have swapped out two seconds in a video touting the former Texas governor's military history. Experts told The Texas Tribune they believed the warship featured in the original footage was Russian, not American.

The current video, produced by Perry's political action committee, RickPAC, shows a battleship with an American flag at the mast. But as recently as 24 hours ago, the video — released to coincide with Perry's Monday speech at the Citadel in South Carolina — showed a ship that military experts said was more likely a Russian warship. Perry is widely believed to be making a second run for the White House.

“I’m 99 percent sure it’s a Russian ship,” Steven Pifer, a Brookings Institution expert in Russian arms control, wrote in an email. “It looks to me like the Moskva (Russian for Moscow, formerly named Slava), a guided missile cruiser that is the flagship of the Russian Black Sea Fleet." 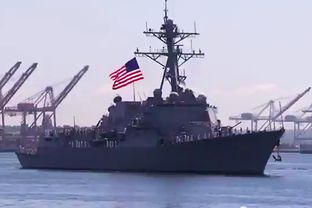 Perry spokesman Travis Considine did not confirm that the ship was Russian, but said in an email, “As soon as our team noticed the error we fixed it."

Three other naval analysts from CNA Corporation's Center for Naval Analyses also said they believed the original image was a Slava cruiser.

Such visual trip-ups aren't unusual on the campaign trail; political ad makers often license out images and video that are geographically at odds with the message they are trying to send.

And Politico reported on Wednesday that "in between photos of American flags, as he narrates about American exceptionalism, Ted Cruz's first TV commercial features ... a stock photo from Russia."

“In the age of technology and Google, it’s amazing to me that people make such simple mistakes that are shortcuts,” said Josh Robinson, an unaligned Republican ad maker. “I don’t understand it.”

Also making a cameo in the Perry military video? A little boy waving a flag who’s appeared in practically every Republican campaign video in the last few years, according to Buzzfeed. 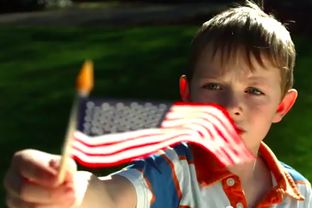